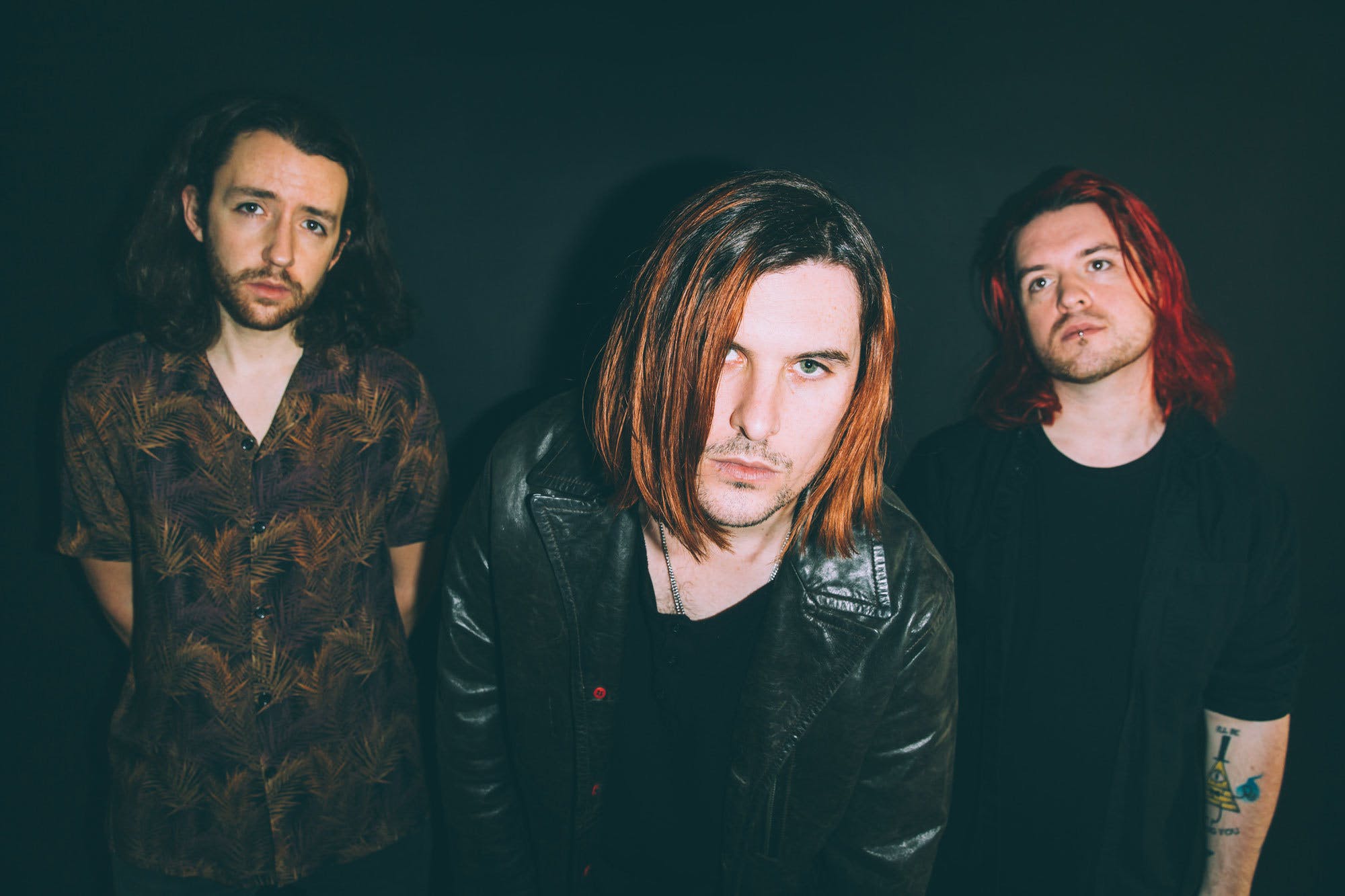 The three-piece are currently working on their second album and have dropped this new track as a taster of new material.

“Hesitations is the most ferocious song we’ve written to date," says Fangclub frontman Steven King said. "It’s a heavy hitter with a lot of massive riffs. Lyrically, songs are always open to interpretation but we will say this, the verses are an inner voice or a devil on the shoulder and the choruses are the volcanic eruptions from deep within. Heavy shit. We know. Can’t help it.”

The video shows the band playing inside a glass box with strange, gold/green(ish) people staring at them.

“Most of the time we were trapped in this mirror box with extremely hot lights beaming down. It was the worst case scenario for three Irish dudes with goth pale skin,” says Steven.

“The extras really stole the show. They were so awesome and fully into the vision. It was very intimidating having these 'Gold Walkers' run and smash the screens in front of us! Our director Finn Keenan, is a master of his craft, so we were completely confident in what he was directing and creating. The video looks quite stunning and manic, but Finn was able to capture 98 per cent of it in camera. So what you see is exactly what we filmed using camera techniques and mirrors.”

Fall Out Boy: The Untold Story Of Rock's Most Unlikely Second Coming

Vulture Culture is the title-track from Fangclub's new album

The rising punks from Stroud will be playing some of their biggest headline shows to date.

The New Fangclub Video’s Got Our Heads Spinning

Yeah, guys, your gravity seems to be on the blink here. Maybe it’s not Better To Forget about that. Kinda important.