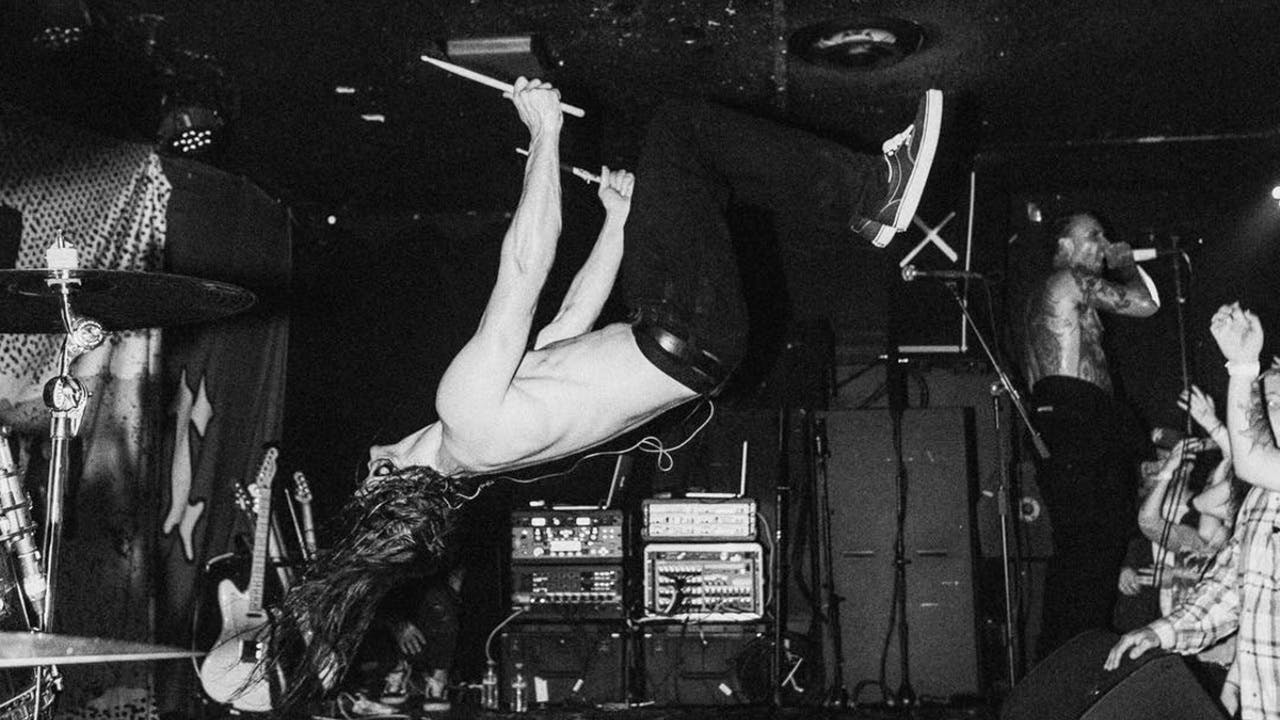 Aric Improta likes making noise. In his day-job as drummer for FEVER 333 he makes a lot of it, smashing his kit to smithereens when not backflipping his way across the stage. But noise isn't just about hitting things as hard as you can, it's an art form, as Aric demonstrates in this mesmerising new video.

Titled ZHURMË (Albanian for 'noise', thank you Google Translate), Aric explores the possibilities of sound in everyday objects, utilising everything from goldfish bowls and skateboards to trash cans and balloons.

"As a film major, I’ve been very interested in the work of foley artists and their creative contributions to enhance the viewers experience," Aric tells us. "During quarantine, I decided to start this art project with my film collaborator Kevin Garcia, where we recorded a ton of found sounds then tried to compose a song around the noises we captured."

But Aric isn't alone in his metallic reinterpretation of Stomp, he's enlisted Suicidal Tendencies bassist Ra Diaz and Korn guitarist Munky to add some low end and jam over the top.

"[Munky] came out to the studio and improvised for three hours straight," says Aric. "He even brought a cello to experiment with. After everything was tracked, I went through all of the recordings, grabbed my favourite parts and built the middle and end around his work.

"Both Munky and Ra have undeniably unique approaches to their instruments and I wanted to make sure I captured that, while still putting together something that felt different than their previous work. At times, I also made sure to change my initial work and compose around supporting their ideas. That way I would have also have to think differently."

The resulting 'song' was mixed and mastered by film and TV composer Greg Johnson, who Aric says made it feel more cinematic, adding more depth and textures to make the piece "sound even more immersive than it did before".

"It’s probably my favourite project I worked on throughout 2020," he continues. "I’d say Kevin and I each put in about 50 hours of editing, and it’s different to anything else we’ve done together. For me, that’s always the goal and I feel very fortunate to have had all of these unique artists willing to contribute to this idea."

You can watch the finished product of this ambitious sound experiment below.