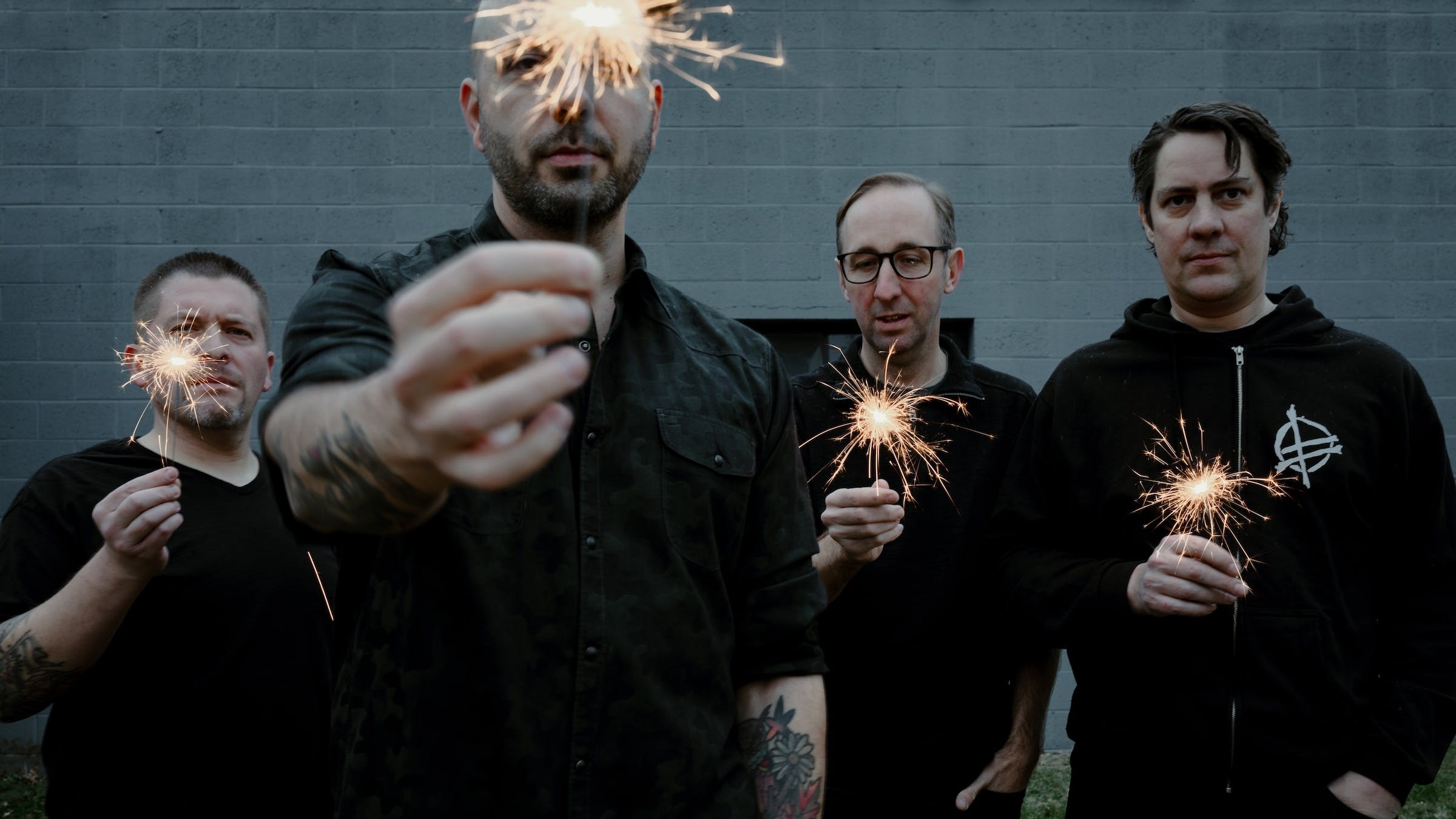 What makes Fire In The Radio's music especially powerful is that they always seem to be reaching for the stars -- and preparing to fall. The Philadelphia four-piece's music is driven indie rock with a distinct shimmer on it that reminds one of jangling semi-goths like The Smiths. But guitarist-vocalist Richard Carbone's moaned vocals and the use of heartrending minor chords throughout give their sound an inherent sadness. The result is Monuments, their plucky, atmospheric third album that's full of soaring aspirations while feeling firmly rooted in the clumsy real world.

The band's latest video for the track EX-SF is an interesting take on that mindset. The narrative follows a fighter training for a match, running and shadow-boxing with a determined but doubtful expression on his mug. When he finally steps into the ring with his opponent, the fists fly -- and our guy takes them right to the face. It's a seemingly classic story that'll have you reconsidering it later, pulling apart how the climax couples with the lyrics of this rollicking single.

Before watching our exclusive premiere of EX-SF, we caught up with Fire In The Radio about what they're going for with album number three.

What are you most excited for fans to hear on Monuments?

The evolution of our songwriting and the work we put into it. We wrote 30 demos that were chiseled down to the 11 songs on the record. It was a great collaboration between us and producer Jesse Ganger (Japandriods/White Lung). We spent quite a bit of time thinking about how we wanted the guitars, drums, and bass to sound. We made a conscious effort to amalgamate influences and push them to a point where we created something unique. Lyrically, Rich and Jonathan [Miller, guitars and vocals] worked hard to write narratives that were compelling and a clearer reflection of who we are as a band.

Is there a track on the album that you think sums up where Fire In The Radio are today?

There are two: Ex-SF and Tulare. We have always tried to build diversity into the songs we write. These tracks tend to showcase variations on creating songs that are energetic and melodic, yet retain a pop element.

You've said that you were driven on this record to write "songs the people who placed their trust in you would want to hear." What, in your opinion, do they want? What did you feel like they were owed?

Hope. This record would not exist but for the people who have supported us and given us the opportunity to make more art. We always say we have friends, not fans. We've received several messages over the last few years from people telling us how our songs have helped them through hard times or have been a soundtrack to great moments in their lives. Whether these people knew it or not, these messages inspired us to keep going. It’s easy in the current climate to feel helpless or small. We wanted to write a record that acknowledged those feelings, while instilling a sense of hope in people who have helped us along the way.

Tell me about the title and the cover. What are the monuments in question, and how did the design of the sleeve come together?

As we were writing this record, Rich sent around a picture he took on the 4th of July. The silhouettes, smoke, and fading fireworks were demonstrative of how traditional 'monuments' have lost their meaning in recent years. At the same time, we liked the juxtaposition that people could be their own monuments, or that songs could serve as monuments to a particular place and time where people were empowered to seek change. This became a guidepost for the record.

Is there something about Philadelphia that inspires you today? What is it like being a Philly rock band right now?

Philadelphia has undergone a fairly significant transformation over the past several years. On the back of a robust artistic community, there has certainly been gentrification that many would say is a negative. At the same time, there remains a vibrant scene that celebrates local music. As a result, there are several great venues to play and bands to collaborate with. Philadelphia has a storied history as a city that celebrates rock'n'roll, and that still rings true today.

Check out our exclusive premiere of Fire In The Radio's EX-SF below:

Fire In The Radio's Monuments comes out April 3 via Wednesday Records, and is available for preorder.

Fire In The Radio serve up another slice of killer alt.punk on Monuments…