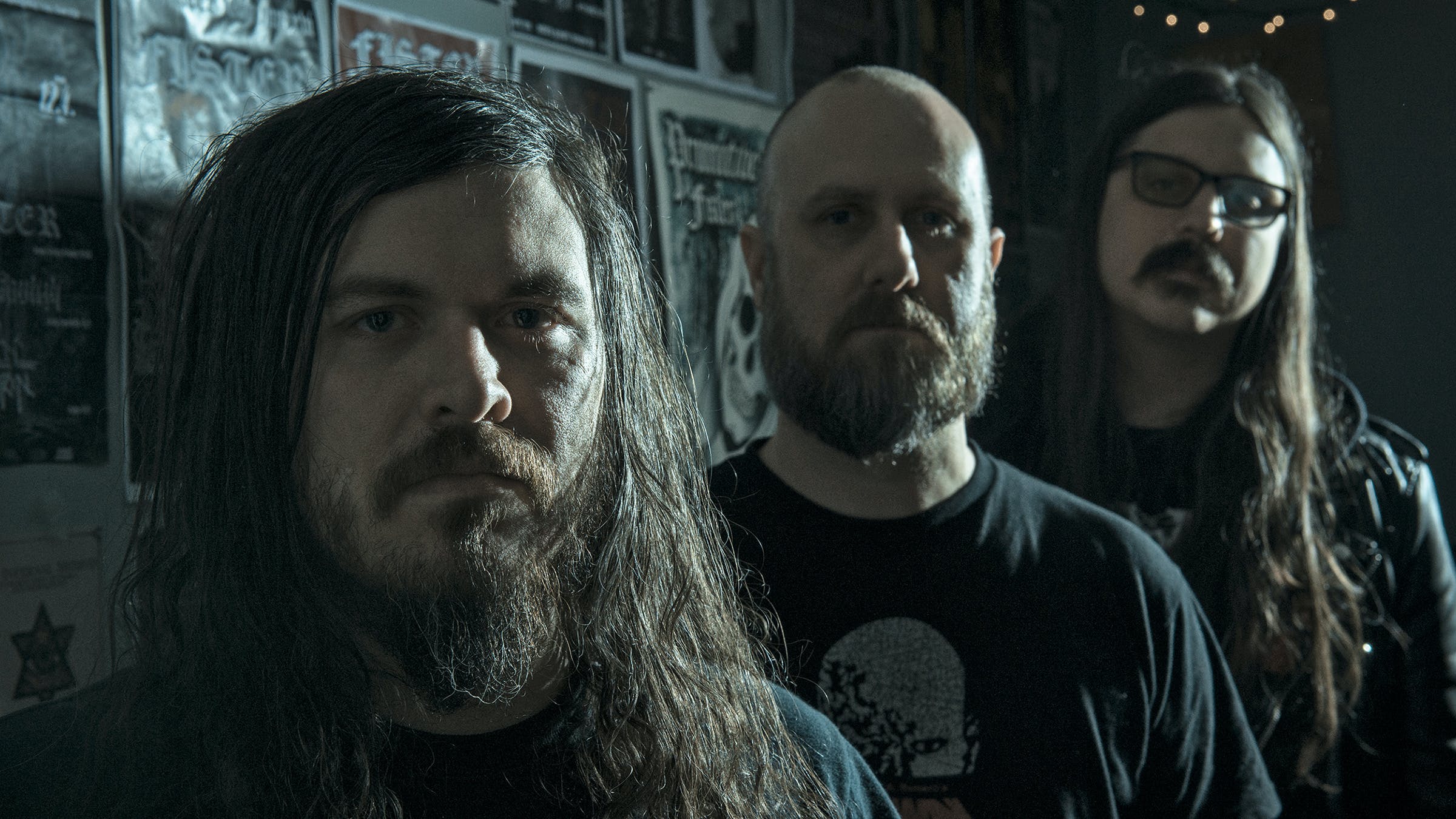 Ten years is nothing to scoff at when it comes to the lifespan of a band. For St. Louis sludge trio Fister, those 10 years have been filled with countless DIY tours, five full-length albums, splits with the likes of Primitive Man and CHRCH, and a smorgasbord of crushing doom riffage. It’s been a path that requires grit. Luckily for us, Fister has it in spades.

Instead of putting out a typical record to celebrate the milestone, Fister took the approach of looking back and paying tribute to the music that got them into metal in the first place. Like so many hessians, the band members grew up listening to Metallica, Slayer, Danzig, and Darkthrone albums on repeat. On Decade of Depression, streaming below, Fister puts their own spin on classic tracks from those legendary metal bands and more. But they “also wanted to stay true to the spirit of those songs, because it’s what they deserve,” bassist-vocalist Kenny Snarzyk says.

Fister’s covers of Metallica’s For Whom the Bell Tolls and Slayer’s Mandatory Suicide are slowed down, but not as much as you might expect from a doom band. “Those songs still need driving momentum,” Kenny says. “We didn’t want to slow them down to the point of becoming totally different songs, but we did want to slow them down enough to work well in our lower tuning.” In Fister’s hands, those tracks stomp with their original

intensity, but they’re syrupy and more deliberate, versions Metallica and Slayer might’ve played had they gotten obsessed with boutique amplifiers and hired gorillas to play drums.

The idea of making a record of covers gelled for Fister when they were on tour with Sacramento’s CHRCH. Fister was messing around one night with the main riff of Danzig’s How the Gods Kill. CHRCH vocalist Eva Rose loved what she heard, telling the band if they “ever wanted to cover the song that she’d love to sing on it,” Kenny says. Eva sings and screams with portentous eeriness, so the band jumped at the opportunity to collaborate with her. As Kenny recalls, “We immediately decided that we needed to do that, and it pretty much sealed the deal on this becoming a cover record.”

Eva agrees. “Danzig is the nearest and dearest to my heart. Something I discovered I had in common with Fister when we toured together,” she remembers. “I think the idea was casually mentioned during our drive through the Swiss Alps, soft rain outside, a bunch of rockers stuffed in a van, Danzig three blasting and us all singing along. I think we looked at each other and semi-jokingly talked about how rad it would be to cover Danzig. When they asked me to participate, I was beyond thrilled. My heart soared.

It’s scary to cover a song that is so personally special. You want to respect it -- you don’t want to just copy it -- but what can you do when it’s already been done so perfectly? All you can do is pay homage and come from the heart. And I hope that’s what came through.”

We’ll say. How the Gods Kill appears between bulldozing covers of Darkthrone and Hellhammer tracks, and in it, Eva’s voice glides over Marcus Newstead’s bleak guitar work, providing a spectral mid-point for the album. She croons with the visceral sadness and fury of Chelsea Wolfe, making Danzig’s iconic vocal parts her own. When the full band kicks in with that classic John Christ riff, Eva’s vocals get wrapped in sandpaper, scraping away at your brain tissue, especially when Fister backs her screams with low growls.

For Decade of Depression, Fister also re-recorded one of their older songs, The Failure, which closes out the album. The track was originally intended for a split 7” with Dopethrone but never got pressed to wax. Drummer Kirk Gatterer gives the song a downward pull with his sledgehammer percussion. The Failure is eviscerating doom in the vein of Corrupted and Yob, punishing listeners with repetition, harsh screams, and copious amplification.

“When Fister started,” Kenny says, “there wasn’t much of a scene in St. Louis for heavy music.” Instead of taking the easy route and not pursuing the band, however, Fister has always used a DIY approach to make things happen for themselves. “There was a time before we started the band that I really considered not playing music anymore,” Kenny says. “I had a two-year-old kid and was in my thirties, and I was just like, ‘Fuck, should I hang it up?’ I’m really glad I didn’t, because we’ve gotten to go on so many rad tours, play amazing shows, make lifelong friends, see 15 different countries, and make music we’re proud of.”

The next time you hear about a mainstream band complaining about not having the right kind of M&M’s in their dressing room, just think about Fister touring the US and several other countries in grimy vans that aren’t, in technical terms, doing so hot. Think about Fister loading their arsenal of cabs, amps, and drums into and out of venues every night and then, if they’re lucky, finding a floor to crash on instead of sleeping in their van again. If that dedication is any indicator, Fister is going to keep trudging forth long after this decade milestone.

Listen to our exclusive stream of Fister's new album below: