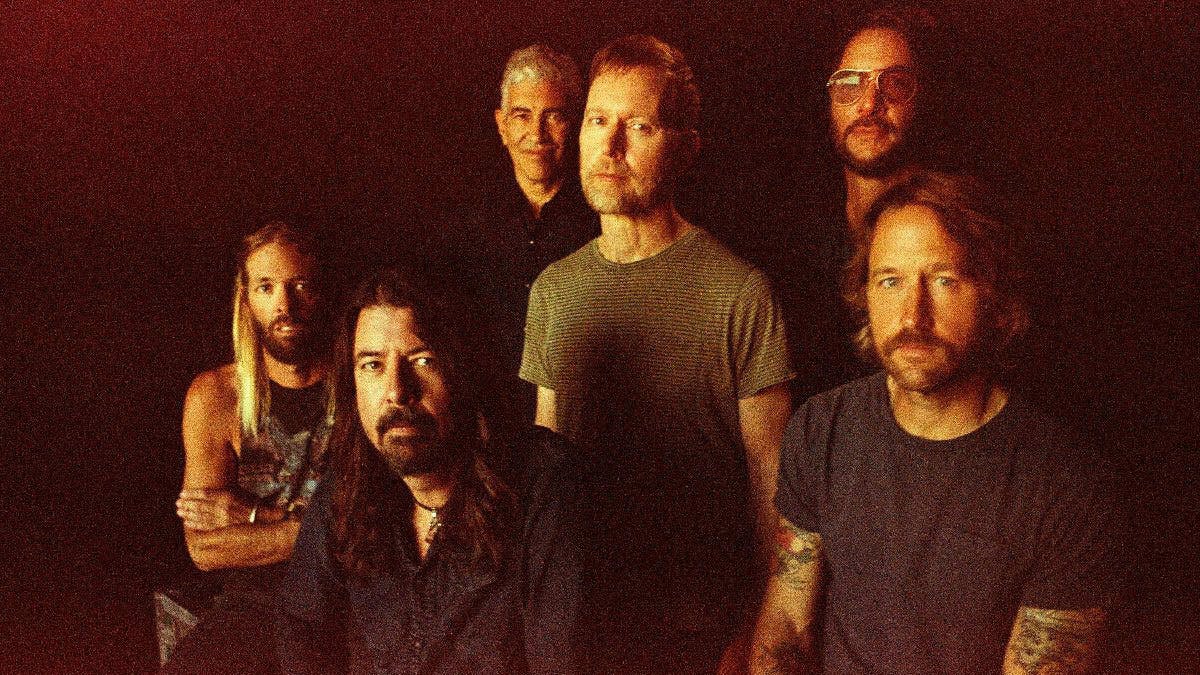 “Do we make some sleepy acoustic album as we ride off into the sunset of our career?” joked Dave Grohl to Kerrang! when discussing Foo Fighters’ upcoming 10th studio effort recently. “Or do we make a fucking party record?”

While fans are yet to hear the full thing, the frontman has stated that the release – titled Medicine At Midnight – will very much be the latter. But what else do we know about it so far? Let’s get our investigative hats on and find out…

Despite finishing the LP in February 2020, it’ll be a full year until it actually arrives. Thanks for that, COVID. Yes, Medicine At Midnight officially has a release date of February 5, 2021 via Roswell Records/Columbia Records, with Dave explaining that coronavirus lockdown put a big pause on the band’s grand plans of world-domination at the start of the year.

“As time went by we just decided, ‘Well, more than anything we want people to hear the new record. We can’t go out and play shows right now, but the music is worth hearing,’” he told Kerrang! of how the Foos got back together after taking this unexpected break. “So we regrouped and came up with a new plan – we had to rethink everything and adapt to what’s going on now.”

The album was recorded in a haunted, “fucked-up” house

In typical Dave fashion, Foos opted to veer away from a traditional studio and instead found themselves recording in a “fucked-up old house” in the frontman’s neighbourhood. In March, he even told Mojo that the California residence was haunted.

“I knew the vibes were definitely off but the sound was fucking on,” he said. “We started working there and it wasn’t long before things started happening. We would come back to the studio the next day and all of the guitars would be detuned. Or the setting we’d put on the board, all of them had gone back to zero.”

Foos’ mainman added that the band noticed “weird open mic noises” or missing tracks on ProTools, and even set up a baby monitor to see if they could physically spot what was going on. Worryingly, they were immediately greeted with “things that [they] couldn’t explain”.

“Then when we found out about the history of the house, I had to sign a fucking non-disclosure agreement with the landlord because he’s trying to sell the place,” Dave continued. “So, I can’t give away what happened there in the past, but these multiple occurrences over a short period of time made us finish the album as quickly as we could.”

Compromised of just nine songs, Medicine At Midnight is interestingly one of the shortest albums of Foo Fighters’ career in terms of the tracklist (though 2014’s Sonic Highways beats it with only eight). Maybe it was always going to be that way, but equally we’d imagine they must have been a bit freaked out and wanted to get the hell out the studio (or is that just us?)…

Anyway, this is what we’re going to hear:

The album artwork is pretty snazzy

Despite promising Kerrang! “big guitars, big fuckin’ grooves and big fuckin’ choruses” on the album, our first taste of Medicine At Midnight sounds nothing like your standard Foo Fighters single – and deliberately so.

“When we first started recording the record, we were recording songs that were recognisable as the Foo Fighters,” says the vocalist/guitarist. “Actually, the first song that we recorded is the first song on the record: Making A Fire. And that really kind of set the tone, like, ‘Okay, this is really up and really fuckin’ big, and let’s keep moving in that direction.’ And after a few weeks I came in with this idea, which is originally based on a simple guitar riff and this unusual rhythm which is a drum set recorded in a stairwell, but then there’s this finger-snapping and stomping and clapping loop that’s behind it. Those two things started coming together, and rather than load a lot of things on top of it, we kept it really simple: there’s an acoustic guitar, an electric guitar, a bass, a vocal, and also this keyboard part.

“It was noticeably different than anything we’ve ever done, and I always think that when you’re releasing a song before an album, you want it to give a little bit of pretext for things to come; you want to present this to your audience as some sort of indication that we’re not just making the same Foo Fighters record again. And there was something about it, with the vibe and the rhythm, that just seems like new territory for us.”

“It’s crazy, the idea for that video came from a dream I had when I was when 14 or 15 that I’ve remembered my entire life,” Dave tells NME of the black-and-white clip, which features the frontman alongside Sofia Boutella, and was directed by filmmaker Paola Kudacki.

“I was standing at the bottom of this hill and there was this coffin on fire next to this dead tree and I ran up the hill to rescue whoever was in this coffin, but I couldn’t get my hands on it because it was on fire! I stood there filled with anxiety and fear, but I’ve remembered it my entire fucking life and never knew what it meant.”

As for the rest of Medicine At Midnight? Well…

“You can expect some serious surprises,” teases drummer Taylor Hawkins in a Twitter Q&A with fans.

Revealing that there are “a couple” of “ripping leads” on the record, guitarist Chris Shiflett says he threw down his own personal tribute to blues legend Stevie Ray Vaughan in one track, while making some “Motörhead noise” in another. Despite not revealing which songs these riffs will feature in, keyboardist Rami Jaffee claims that his favourite song to record on Medicine At Midnight was Chasing Birds, “because there’s so much mellow electric piano on it”.

Bassist Nate Mendel, meanwhile, called the sound of the album a bit “poppier” as well as “groovy”: “It’s a little bit different to previous Foo Fighters records in that way, so it’s kinda fun,” he adds.

Basically, then, we’re going to be getting a little bit of everything, aren’t we?

And they are very, very proud of it

“When we finished the album, it was exactly what we wanted it to be,” Dave tells Kerrang!. “We started thinking about this album and writing it almost two years ago, and we recorded it in a way that we’d never done before; we didn’t sit in a room and rehearse and write these songs. They were all born from these demos that I had been doing where I had decided, ‘Okay, it’s our 10th record, we’ve been a band for 25 years, what do we do?’

“Our love of rock bands that make these upbeat, up-tempo, almost danceable records inspired us to make the album that we did. To me, there’s songs on the record that are rooted in Sly & The Family Stone, or David Bowie, or The Power Station, and things like that. We sort of relied on a lot of these really energetic references and influences to put this one together – and we surprised ourselves.”