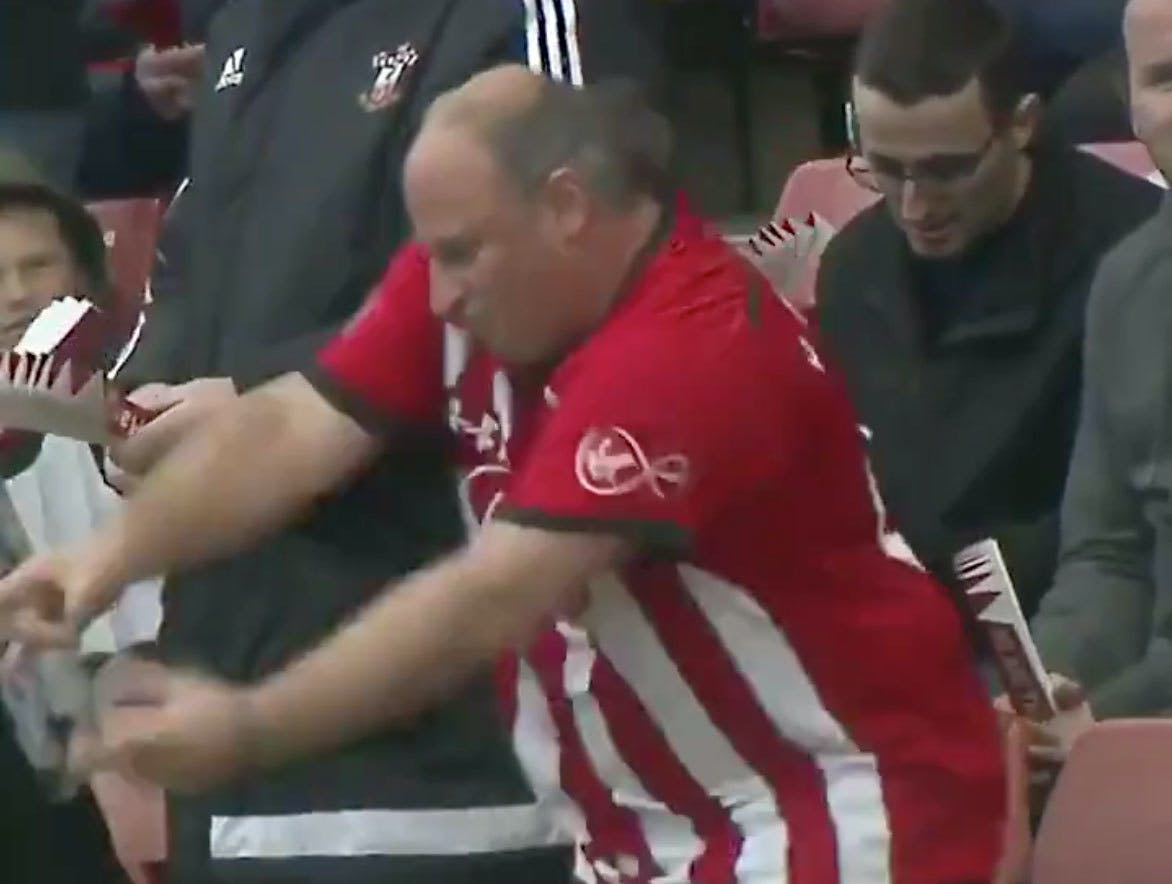 Various tributes were paid to the late Prodigy frontman Keith Flint last week after the iconic vocalist passed away at the age of 49 on March 4.

Respect came in all shapes and sizes with murals being painted and thousands of messages firing around social media... and the music played at football stadiums.

Ahead of Southampton's clash with Tottenham Hotspur on March 9, St Mary's Stadium played The Prodigy's iconic Firestarter over the PA to warm up the crowd and to pay homage to the late Keith Flint.

But you can't just sit on your hands while The Prodigy's on, can you? One Southampton supporter couldn't contain his excitement or love for a good rave by throwing every available shape and dancing like an absolute demon behind the goal.

The musical moment was captured on screen before the game and has since been viewed on Twitter over 2 million times, and thousands of users applauding the man's efforts.

"Nice one geeze though watchin ya reminded me of me old man bustin for a piss no malice intended heres to Kieth," tweeted @Marcardo74. "I love watching people dance especially to the Prodigy #raveon #KeithFlint" added @KathrynLPerez.

Although @richardsillypoo wasn't quite as kind, tweeting that the unnamed Southampton fan "does look a bit like the penguin out of batman."

To show our respect and love for Keith Flint, we pay tribute to one of music's true originals in the new issue of Kerrang! magazine. In stores on Wednesday and available to order from our store now.