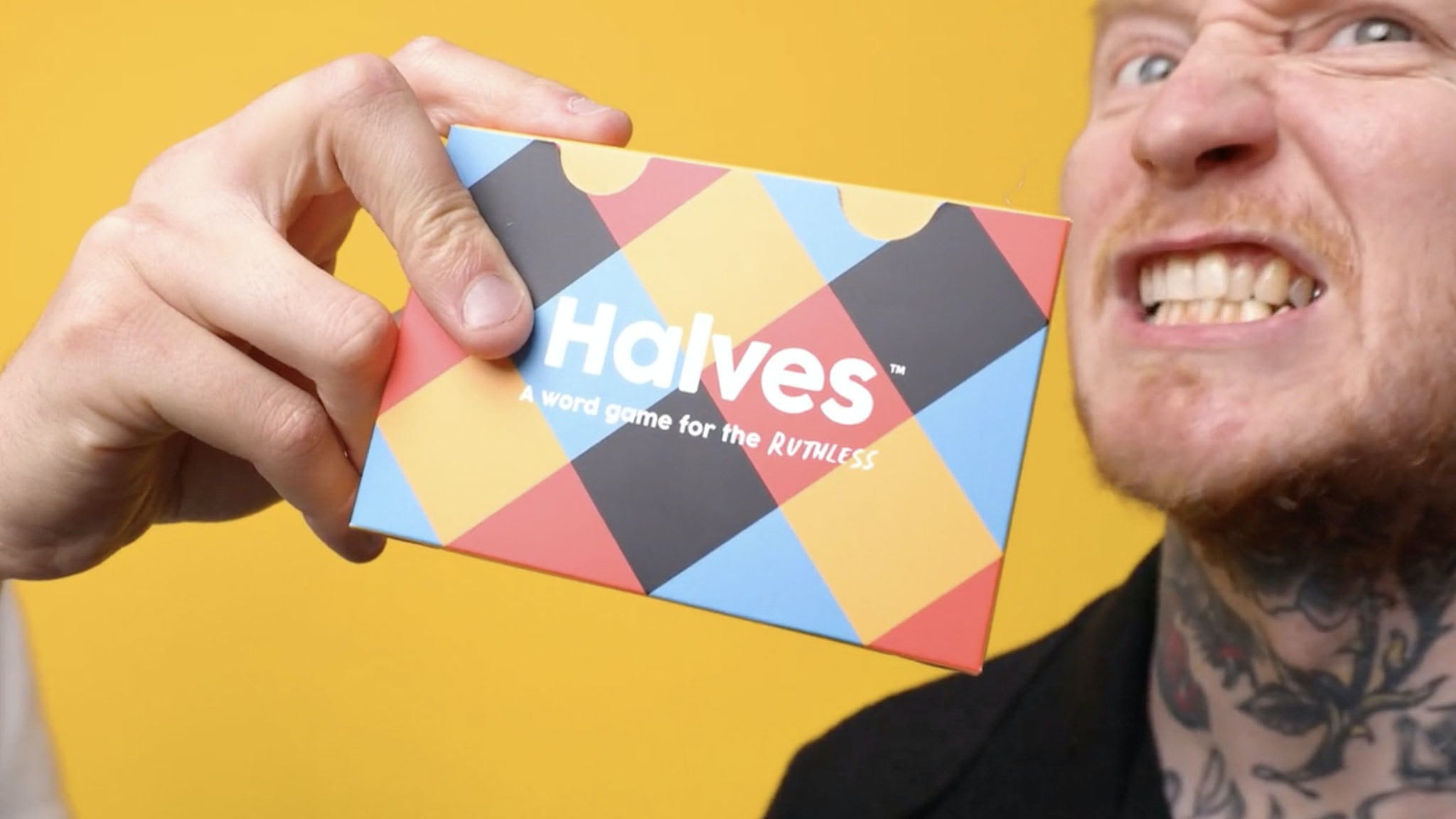 After releasing one of the best albums of 2021, the incredible creative force that is Frank Carter and Dean Richardson – aka Frank Carter & The Rattlesnakes – are stepping into a whole new realm: card games.

The pair have launched a Kickstarter campaign for the 'ruthless' new game Halves, which Dean says originally came to them back in 2016.

"We sat next to each other on the plane and by the time we landed, we had drawn most of what the game is now," he says. "So then we went into WHSmiths at the airport, bought a deck of actual cards, some kids coloured stickers and a Sharpie, and just got full tunnel vision. I would say 90 per cent of what is in the game now came from that one flight, which is quite a common thing for mine and Frank's partnership. There's these moments where a lot comes, and then a lot longer trying to piece that into something that can be put out into the world."

"Halves has been a labour of love for the past six years," continues Frank. "We conceived the idea of the game on a flight when we were touring and as soon as we made the first prototype we fell in love with the way the game played.

"To finally release it on Kickstarter is an absolute dream; I would love to hit our goal early and get things moving with production. We love the game and can’t wait to hear what everyone thinks of it."

As for the game itself, you're instructed to 'Use your superior intellect to win points by guessing the word on your opponent's card and stopping them from guessing yours'. There's obviously more to it than that, which you can see below, and it's suitable for people age seven and over.

You can back Halves right here.