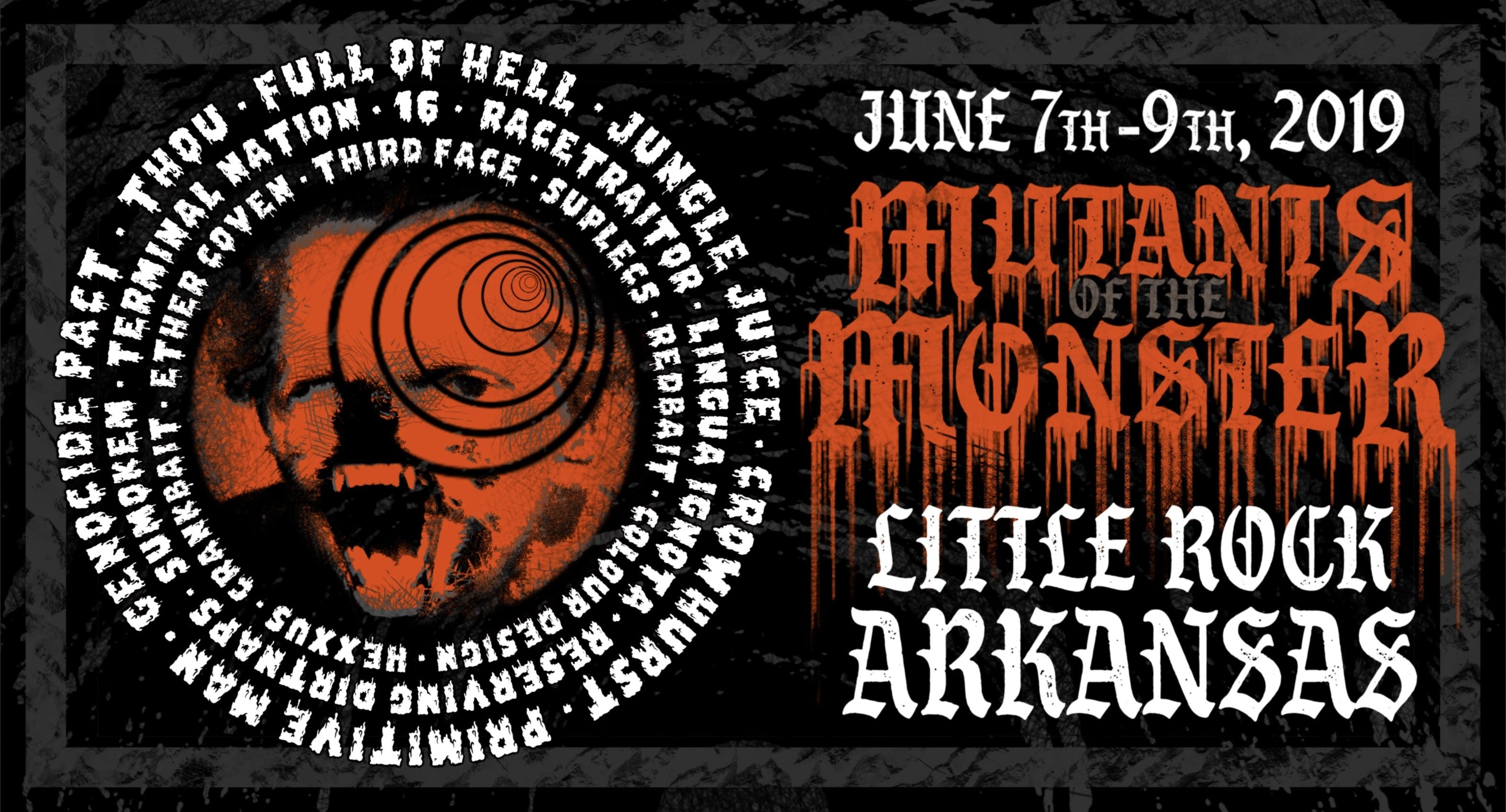 As we've noted in our States Of Metal profile, Arkansas is a U.S. state full of good people, a strong music scene, and a whirlpool of despair and ghosts and its core. Now, thanks to Rwake frontman CT, that vortex of misery will manifest itself in the form of Mutants Of The Monster, a sick-as-fuck three-day music festival in Little Rock, Arkansas, featuring performances by bands including Full Of Hell, Genocide Pact, and Thou.

On top of that, the festival will feature a very special performance by SPORTS, featuring Brett Campbell and Joseph Rowland of Pallbearer. It'll be the band's first live show in 10 years.

There'll also be daytime events, including Bloody Mary drone/noise brunch and a merch swap on Saturday and a dark arts craft festival on Sunday, with secret shows throughout that will be announced the day of.

"I’ve always wanted this [fest] to cross heavy genres," CT tells Kerrang! about Mutants Of The Monster. "Central Arkansas has such a small underground heavy scene. From doom to hardcore, it’s just not the same size as bigger markets, and even smaller. Plus these days more and more people are starting to cross over with musical tastes. A line up like Thou, Racetraitor, and Crowhurst just makes sense to me, and sounds like a lot of fun.

"I'm especially excited for Racetraitor, for sure," he continues. "They’re flying in just for this show. I’m getting excited just watching their fans get hyped up for this. Me personally, probably 16, and Thou. It’s been years since I’ve been able to see them both. Having Full of Hell involved another year in a row for a festival I’ve thrown is very special. Not sure it would be the same without them. It’s a personal goal to always have them involved."

Tickets for Mutants Of The Monster are on sale now.