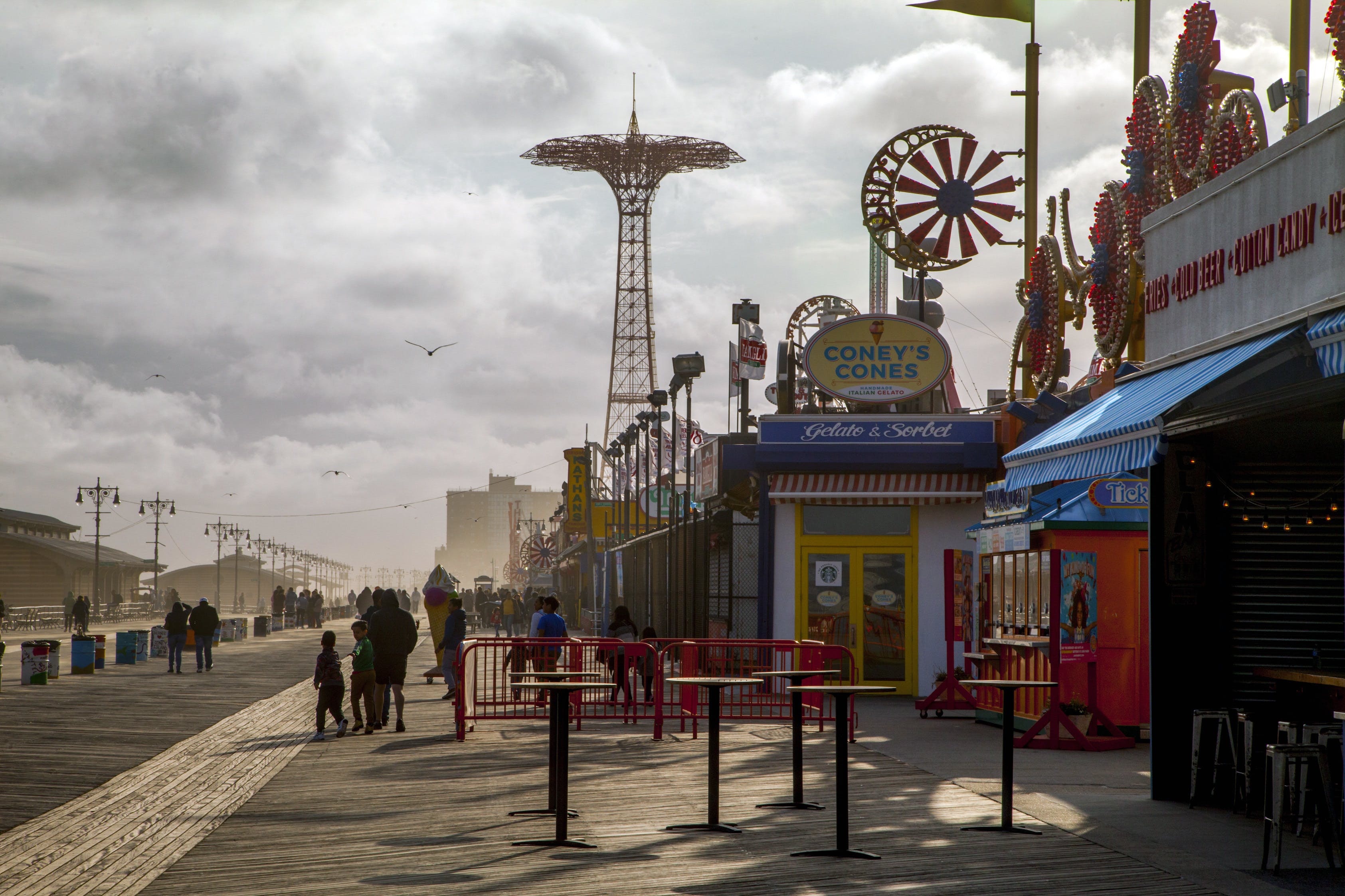 Coney Island – technically… not an island, but a peninsula – is home to at least 24,000 New Yorkers, the original Nathan's Famous hot dogs, and a historic amusement park resurrected on holy theme park grounds. Now, with the addition of Ford Amphitheater (opened just two years ago), the Brooklyn neighborhood now hosts dozens of incredible live concerts year round.

Naturally, when we heard both Primus and Mastodon would be taking the stage this month, we couldn’t resist sending photographer Nathaniel Shannon along for the ride. Two of the weirdest and fiercest heavy rock bands coming together on an island (peninsula) known specifically for wild rides and freak shows? Yes, please.

Following a psych- and blues-infused set from stoner rock openers All Them Witches, Mastodon took the stage as the sun went down and the ocean chill crept in. The band cranked through the majority of their latest album, Emperor of Sand, while sprinkling in at least one track from every other major release. The testosterone-drenched crowd head-banged and high-fived along to every song in unison.

Things took a sharper turn for the psychedelic when Primus hit the stage. As if on cue, rain poured from the heavens with the first few bass slaps of Too Many Puppies, and an inebriated audience bobbed and weaved to the music. After getting some older hits out of the way, Primus unleashed all 35 minutes of their latest release, The Desaturating Seven – an album inspired by The Rainbow Goblins, the Italian children’s book that Les Claypool once loved to read to his children.

All in all, it was one surreal, powerful, beautiful night of trippy American hard rock to remember.