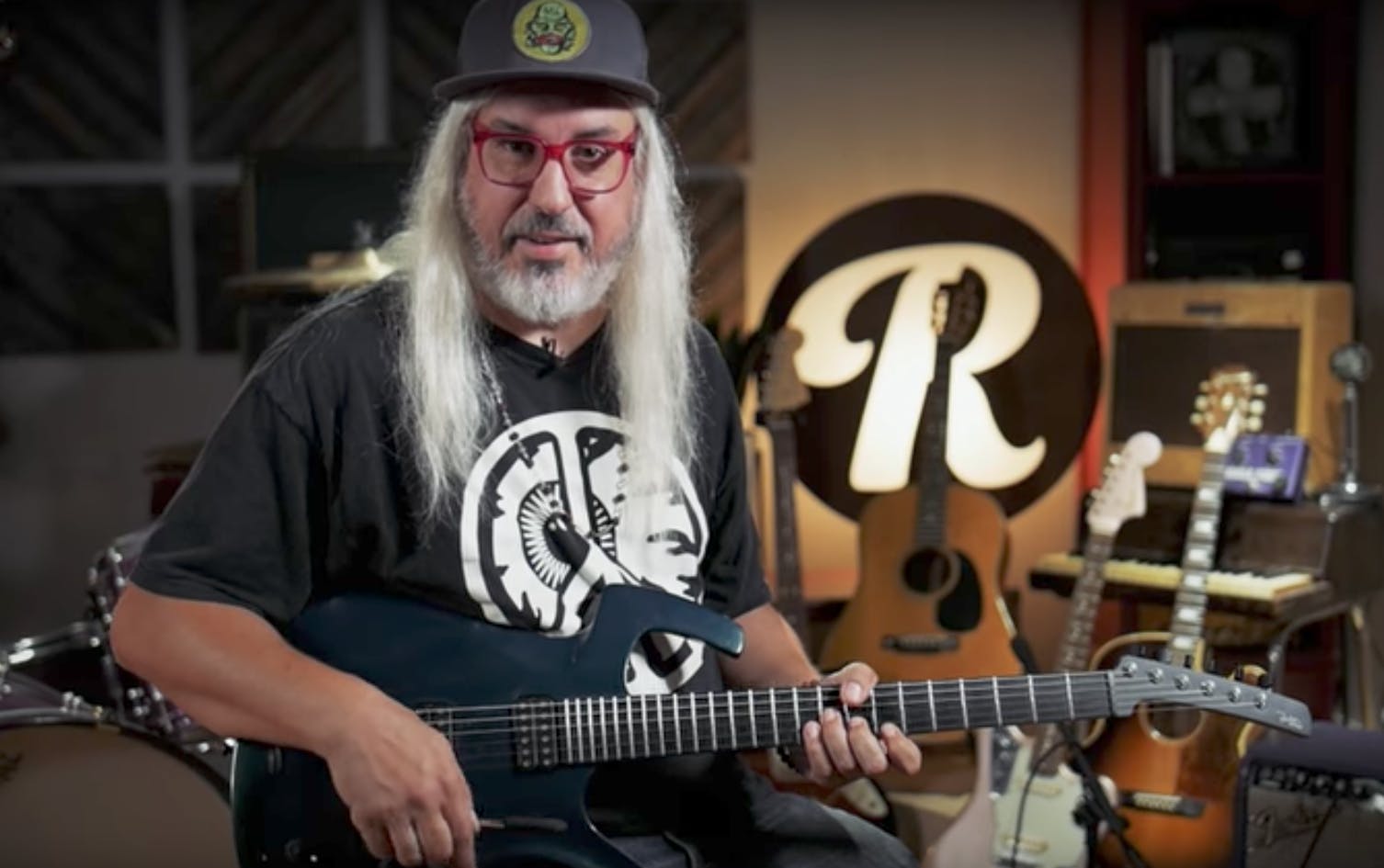 Gearheads rejoice! Total gearhead J Mascis of Dinosaur Jr. is putting dozens of cool things up for sale on his Reverb Artist Shop.

Over the past year, Reverb partnered with a bunch of cool artists to help them sell their excess gear. They've launched artist shops with A-list musicians like Billy Corgan, Bill Ward and Jimmy Chamberlin. Today they've announced that J Mascis will be joining those esteemed ranks, with the launch of the Official J Mascis of Dinosaur Jr. Reverb Shop.

J’s shop will launch on Tuesday, October 31 and will be stocked with over 100 pieces of the "ear-bleeding country" rocker’s gear, which has used on various Dinosaur Jr. tours, in studio sessions, and with his solo and other projects. That includes, amps, guitars and pedals.

In the video below he discusses some of the gear in his huge collection, in particular a pink Jaguar, a vintage Twin Reverb Amp, and some cool sparkly drums.

Keep an eye on the Reverb Artist Shop and get ready to spend some money on Tuesday!

Dinosaur Jr. have released a new 16-song live album, Emptiness At The Sinclair, recorded in Boston earlier this year.

Dinosaur Jr.’s contemplative leader on backstage brawls with Blur, the joys of cycling and that time he nearly joined Nirvana…

Let this soundtrack your DIY...