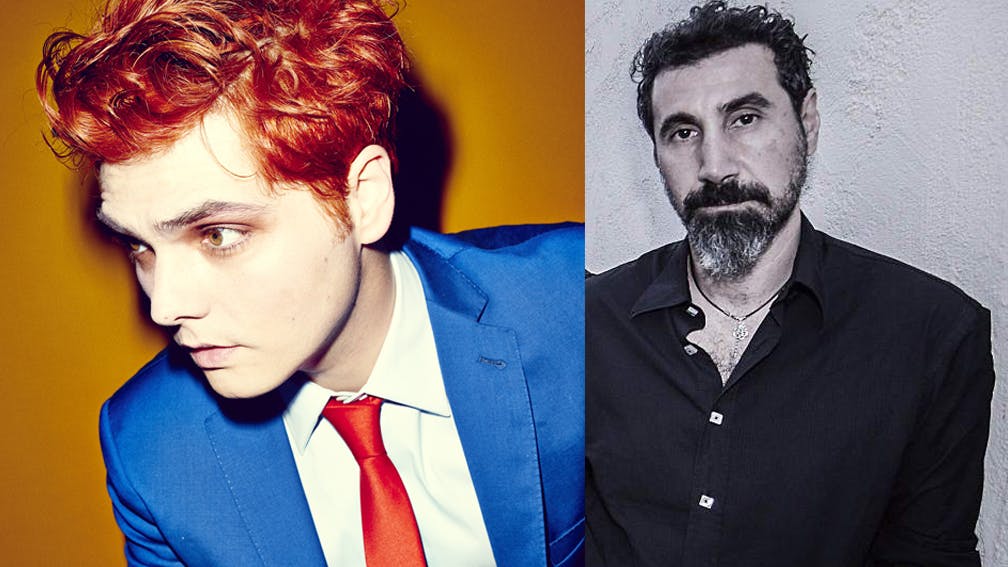 James Euringer – aka Jimmy Urine of Mindless Self Indulgence – is set to release a new solo album this October, with a bunch of awesome guests.

System Of A Down's Serj Tankian, Gerard Way, Grimes and James' wife Chantal Claret will all have spots on the release, simply titled Euringer, dropping on October 19 via Metropolis Records.

“I was having fun exploring my brain," he says. "And I wanted to invite my friends to have fun with me immersing myself in another time and space, bit by bit, gaining its form from my daily life into a surreal stream of consciousness. More specifically, I wanted it to sound as if Depeche Mode hired J. Dilla and DJ Premier to drop loops while Frank Zappa produced, and then I came in and shit all over it.”

Meanwhile, of the Serj track, James adds: “…I wanted to write something a little bit political considering the climate, but not a whole record. Serj was in one of the most amazing politically charged bands of the last 20 years. He went through a whole bunch of lyrics and poetry that he had and screamed stuff for an hour. We had coffee, and I went home and edited [the parts] I liked. The point I’m trying to make [on the song] is that we should all stand up for fringe causes because once they’re gone, you’re next.”

Check out new jam Problematic below, and keep scrolling to see the album's tracklist:

The tracklist for Euringer is as follows:

1. Trigger Warning
2. If It Ain’t You Today It Will Be You Tomorrow (feat. Serj Tankian)
3. Problematic
4. That’s How Jimmy Gets Down
5. Be Afraid Of Who You Are
6. Piece Of Me
7. Internal Organs
8. Wuthering Heights (Kate Bush cover)
9. Detroit And Only Half Way Thru The Tour
10. Fuck Everything” (feat. Chantal Claret)
11. The Medicine Does Not Control Me (feat. Grimes)
12. What A Fool Believes (Doobie Brothers cover)
13. Do You Kiss Your Mama With That Mouth
14. Sailor In A Life Boat (feat. Gerard Way)
15. Random Emo Top Line Generator
16. Two And A Half Years

While you're here, please do us a solid and fill this poll out so we can make cool stuff for you down the line!