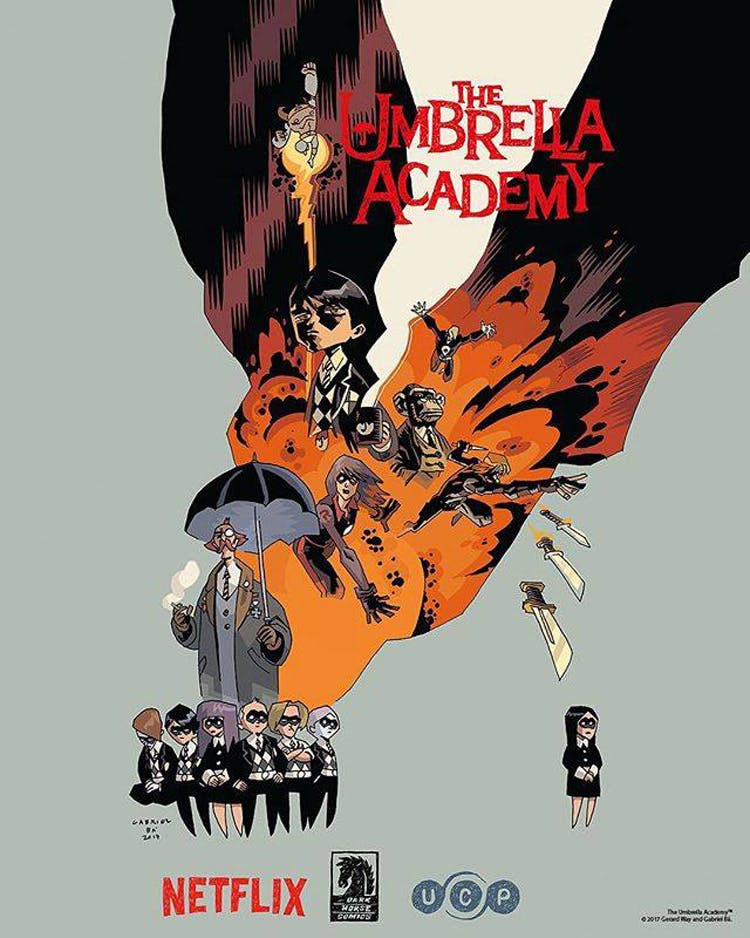 Gerard Way’s graphic novel, The Umbrella Academy, will be turned into a TV adaptation for Netflix.

According to Deadline, the 10-episode live-action series will be released next year.

“I am thrilled that The Umbrella Academy has found a home at Netflix,” Gerard says. “I couldn’t think of a better place for the vision Gabriel Bá and myself had when creating the comic and cannot wait for people to experience that world as a live-action show.”

“What drew us to The Umbrella Academy is that it’s wholly unique, visual and stylised,” adds Cindy Holland, VP Original Content for Netflix. “These aren’t the usual superheroes, and this series will embrace the singular tone of the graphic novels — dark yet humorous, supernatural yet grounded in reality.”

“It’s a thrill to be producing this wonderful show for Netflix,” says Jeff Wachtel, Chief Content Officer at NBCUniversal Cable Entertainment, and President at Universal Cable Productions. “It’s been a passion project for the UCP development crew, and we can’t wait to bring it to life.”