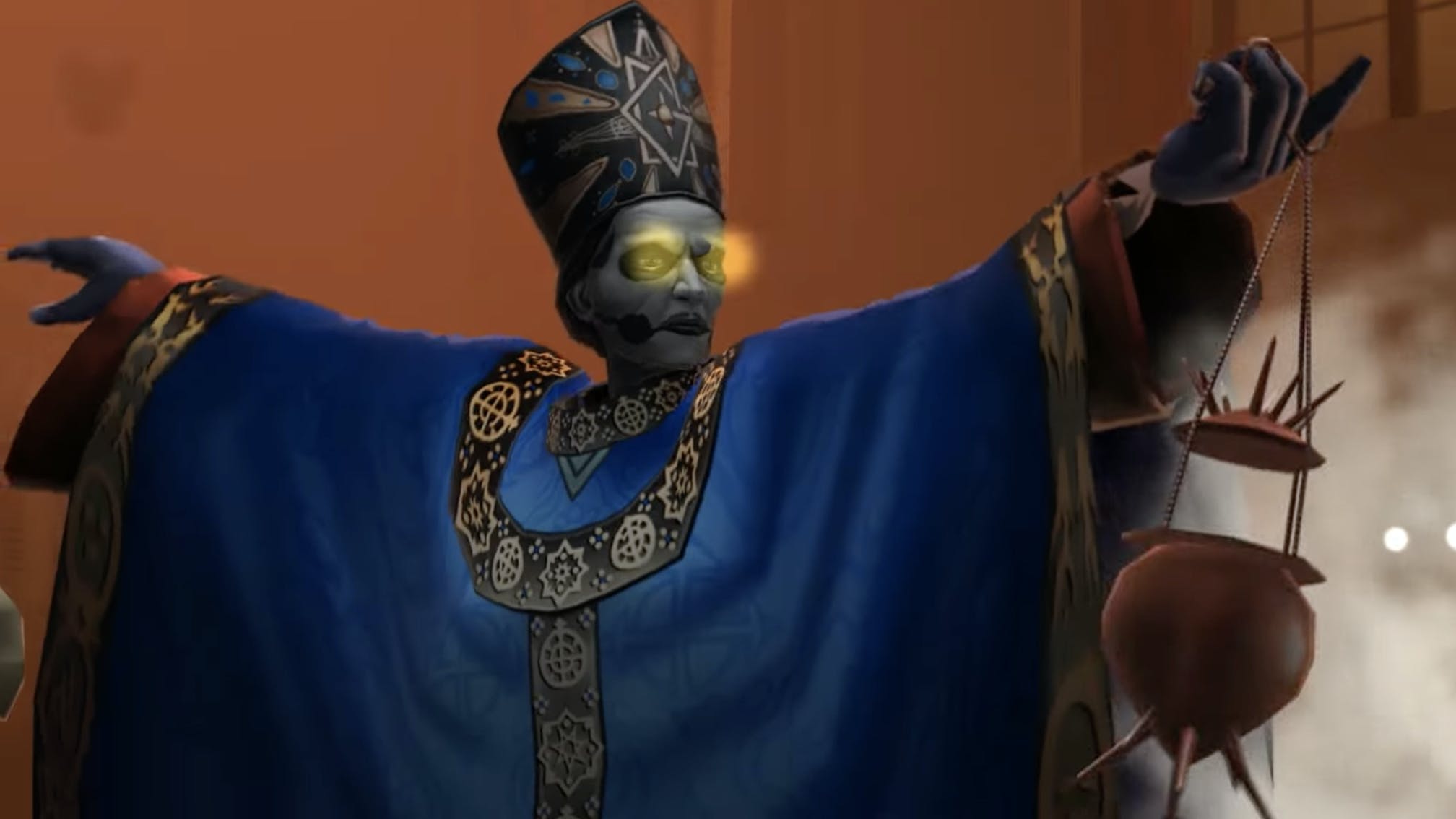 After teaming up with Lacuna Coil in the summer for their Legacy Of The Beast mobile game, Iron Maiden have now unveiled their next collaboration: Ghost.

Papa Emeritus IV will now be available as a limited-time character as part of an in-game event called Mascarade Diabolique – which is described as 'an ode to both bands' lore taking its broad themes from the cover of Iron Maiden’s 2003 album Dance Of Death and the video for Ghost’s 2018 song, Dance Macabre'.

"I’m happy to see that my creature is being led into [Maiden’s] world," enthuses Ghost's Tobias Forge. "That is a cool thing, both very humbling and flattering."

Maiden manager Rod Smallwood adds: "It’s great that the LOTB mobile game continues to innovate. The introduction of other great band images and characters is a great evolution of the initial idea we had for Eddie’s gaming universe over five years ago.

"To have our friends, Ghost, bring Papa Emeritus IV into a dungeon feels like the culmination of a relationship dating back to 2013 when the band first came with us to South America. With more slots on the Maiden England Tour in ’14 and then a proper run with us throughout North America on the 2017 The Book of Souls Tour we got to know that our fans appreciated seeing them and that they’d always be welcome with us on the road.

"I’m sure Eddie will help Papa cause some serious mayhem together and that’s what it’s all about!"

Check it all out below: