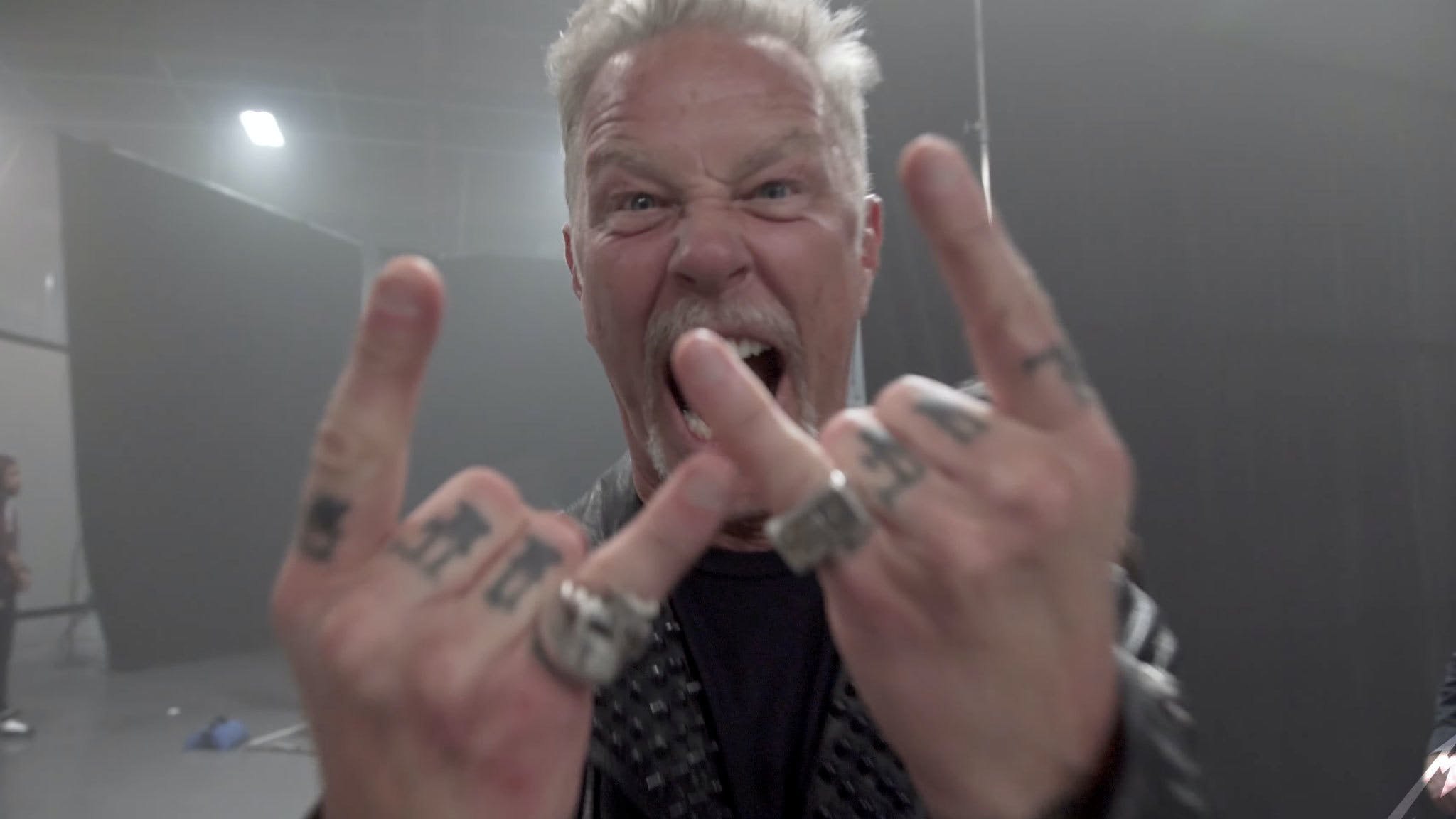 Last month, Metallica surprised the entire world (including us) with the announcement of their new album 72 Seasons, and the unveiling of lead single Lux Æterna.

Somehow, the metal legends managed to keep the whole thing a secret – something that even shocked Lars Ulrich – and it’s even more impressive considering everything that went into the making of Lux Æterna’s snazzy video.

’Tallica have just have a brand-new behind-the-scenes look at the Tim Saccenti-directed promo, from Kirk Hammett excitedly watching footage and thinking that “it looks like we’re playing inside a frickin’ volcano”, to James Hetfield getting a bit too close to the lasers and joking that he “already had LASIK” eye surgery so should probably steer clear.

Recently speaking to ALT 105.1 about the single, Papa Het shared: “Lux Æterna is an upbeat, kind of fast and joyous song, I would say… really indicative of New Wave Of British Metal stuff, so kind of a harkening-back-to-’80s kind of riff. It’s just fun and makes me move. It was fun making the video, fun recording a song that comes out really easy, that was a real easy song to write and to perform, like I said, very much like the early ’80s for us.”

Watch the new behind the scenes video below: