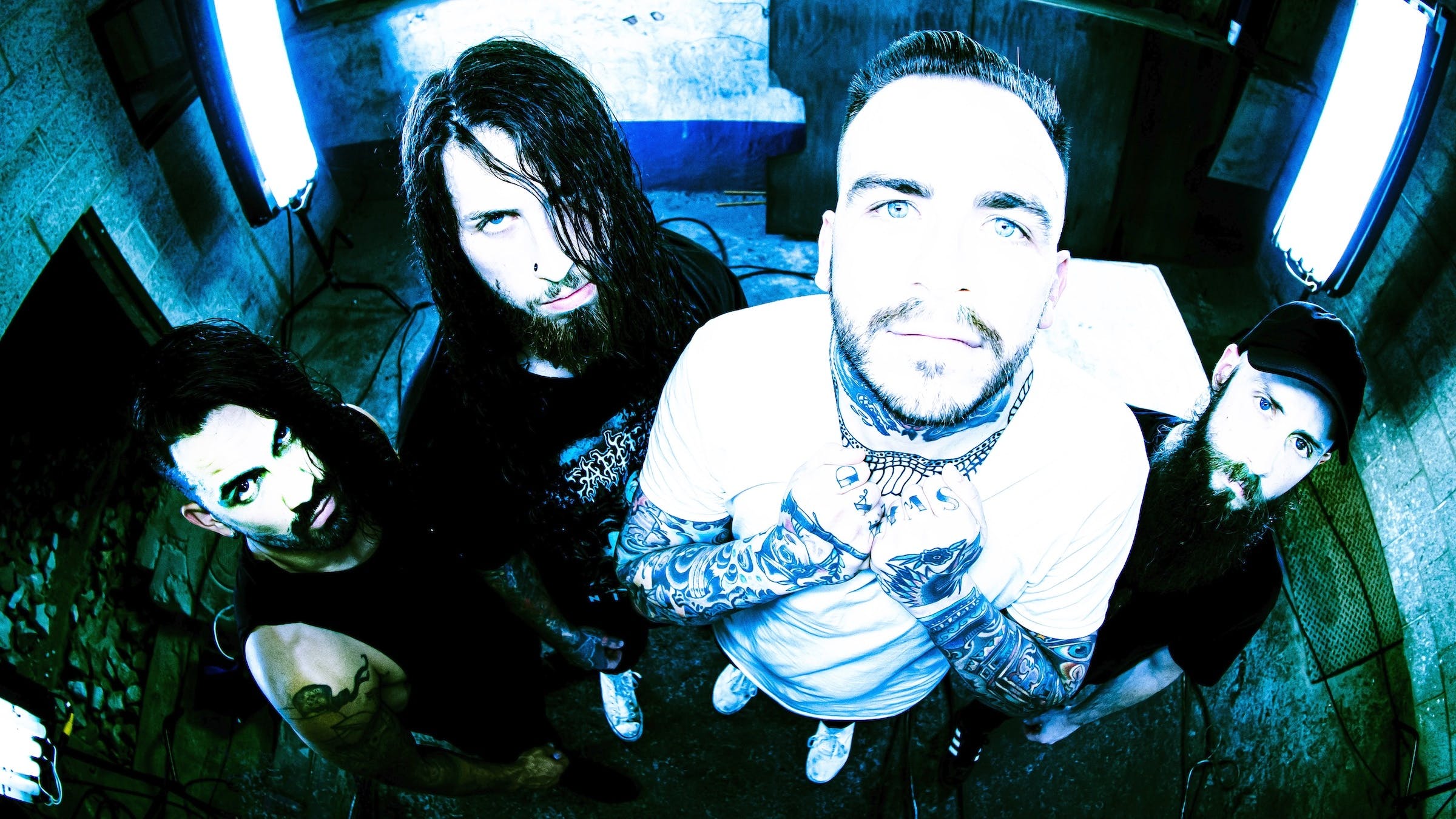 With every step, Great American Ghost are creating bigger and bigger bootprints in the modern hardcore scene. The Boston quartet play massive, no-frills punching music that doesn't forsake thoughtful lyrics or dynamic guitars in the name of extremity. On top of that, their music also captures the low-end punch of nu-metal and slam, keeping the band undeniably couched in the heavy underground. It's this massive sonic stride that landed them the #35 spot on our list of the 50 greatest American hardcore bands right now -- and which explains their more recent and exciting news.

Today, Great American Ghost have announced that they've signed to eOne Heavy, home to such modern mountain-smashers as High On Fire, Enterprise Earth, Toxic Holocaust, and The Contortionist. Not only that, in February they'll be releasing a new album, Power Through Terror, produced by one of our favorite hardcore and metal producers in the game, Will Putney. They've already dropped a new video for the first single, Prison Of Hate, which you can watch exclusively below.

READ THIS: The United States Of Hardcore

We caught up with Great American Ghost vocalist Ethan Harrison about what the band has going on, and what fans can expect.

In your opinion, how has Great American Ghost's sound grown between Hatred Stems From The Seed and Power Through Terror?

It’s grown into something that I honestly never thought it could. It’s wild to me. When we started Great American Ghost seven years ago, if someone had told me that we were about to release the record we are about to release, I wouldn't have believed it. Simply because it is totally different while still being completely and totally us.

Did you enter into the process of writing Power Through Terror with anything specific you wanted to do, or not do, with the band this time around?

We went into the writing process for PTT with our only real plan being to do whatever we wanted. We wanted to write a record that had no self imposed limitations, that had everything that makes us us. We are four extremely different people musically and this time around we just leaned into it.

Do you have a preference between fast numbers like Prison Of Hate, or stomping mid-paced songs like Black Winter?

I don’t think I have a preference! I feel like this is our first record that is a cohesive piece of music. Not one song especially is the one I gravitate to. That’s one thing that we did set out to try and accomplish with this one. We wanted to make a RECORD. Not just assemble a bunch of songs. I hope we did it.

What's the idea or concept behind the video? Both that and the album cover have a hard late '90s/early '00s vibe to them.

Heavy late '90s influence for sure. That’s the stuff we all love most. When we all look at the music that matters most to us, it seems that it all comes from that era and it felt right to try and capture that feel for what we are doing now. Whether it’s Slipknot or Pantera or American Nightmare or Meshuggah, I feel like that late '90s heavy music scene speaks to us the most.

Boston has always had a storied history of hardcore -- what's it like being a Boston band in 2019? How does the city continue to inform your work?

It’s an honor. To be even talked about in the same breath with the music scene that’s as legendary as Boston’s is, is more than I could have ever hoped when I started this band. I grew up going to shows there, all I can ever hope is that my band has an effect on one person the way Boston (New England) bands have influenced me. Where we live will always effect our music. I believe that your environment will always shift the art that you create. We just happen to come from a place that’s freezing cold seven months a year and a little less friendly than your average. We know we wear it on our sleeves and that’s fine.

Watch our exclusive premiere of Great American Ghost's Prison Of Hate below:

Great American Ghost's Power Through Terror drops Friday, February 14, 2020, on eOne Heavy, and is available for preorder. The track is available to stream on all digital platforms.

READ THIS: Five bands expanding the definition of hardcore