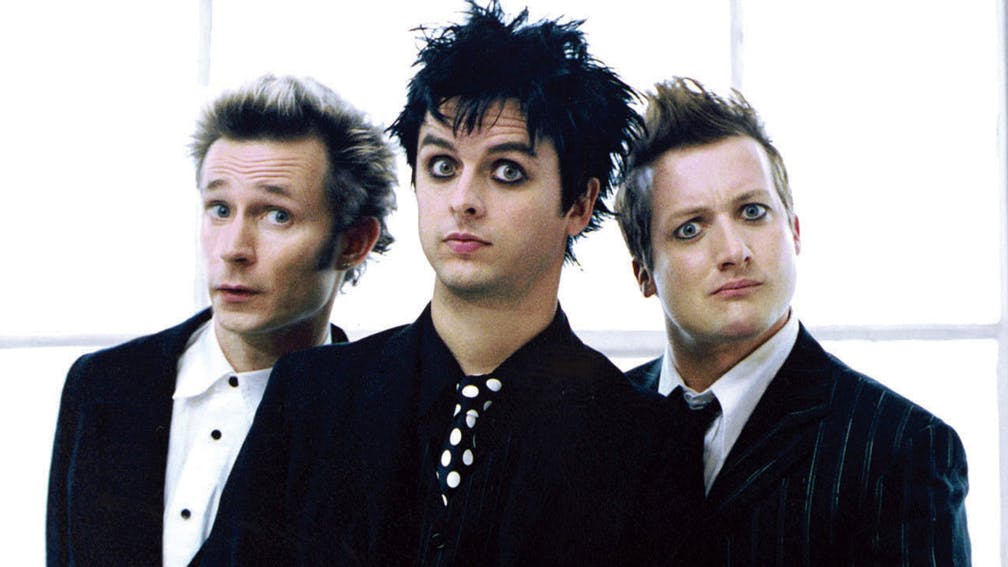 It's been a rollercoaster couple of weeks for Green Day fans: first, it seemed as though new music from the Oakland titans would be arriving on July 19, and then it was unfortunately confirmed that there would be “definitely no Green Day single any time soon”.

Seemingly noticing fans' buzz online, though, the members of the band – Billie Joe Armstrong, Mike Dirnt and Tré Cool – have recently been in troll-mode on social media, hinting that perhaps there is a follow-up to 2016's Revolution Radio on the way after all.

While we've all known that frontman Billie Joe has been writing new tunes for the band as of last December, the trio have since uploaded multiple photos – a bull on the wall, and each other with their instruments – from what looks like a recording studio. More specifically, producer Butch Walker's studio.

As early as February 2019, it was believed that the band were working with Butch (who has produced albums for everyone from Weezer to Brian Fallon to Fall Out Boy) after they all followed a private Instagram account called 'Songs For Assholes'. Then, an eagle-eyed fan noticed that a photo Butch posted on his own Instagram of a studio seemed to include Tré's drum kit.

And now, this strange bull photo that Billie Joe, Mike and Tré have all put on Instagram? Well, that furthers the connection, because it's also from Butch's studio.

And here's that pesky bull from Butch Walker's studio.

Longtime followers of Green Day will know that Billie Joe and co. aren't shy when it comes to teasing their projects in advance of release. Last year, the frontman alluded to his side-project The Longshot on Instagram long before any music (or even the band's line-up) was confirmed. Fingers crossed he's up to the same again this time…