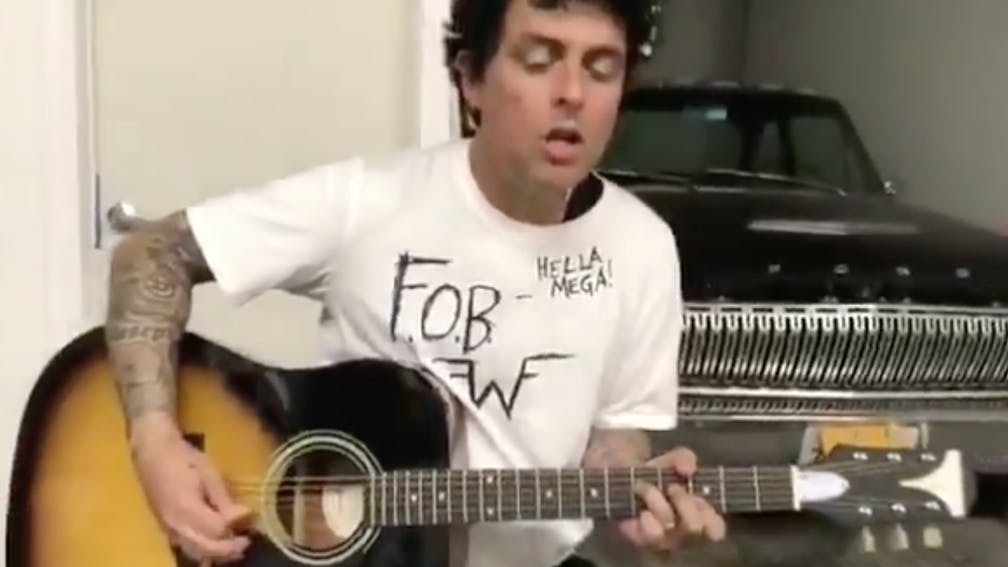 Brace yourself, Green Day, Fall Out Boy and Weezer fans: it looks like all three bands could be going on tour together.

With plenty of speculation over the weekend after mysterious flyers were handed out in California with all three band names on, now Green Day frontman Billie Joe Armstrong has posted a video wearing a white T-shirt with FOB and Weezer's logos on, while also singing, 'Summer has come and passed / The innocent can never last / Wake me up on September 10th.' So we've only got to wait a day to find out exactly what he's teasing – but it seems pretty clear that it's one insanely epic tour…

Read this next: 20 things you probably didn't know about Billie Joe Armstrong

The video also points to an account called @HellaMegaTour (while 'Hella Mega' is also written on Billie's shirt) – which is a pretty damn appropriate name if you ask us.

Check out what else has been teased below:

Read this next: Green Day’s 15 best videos, ranked in order of greatness