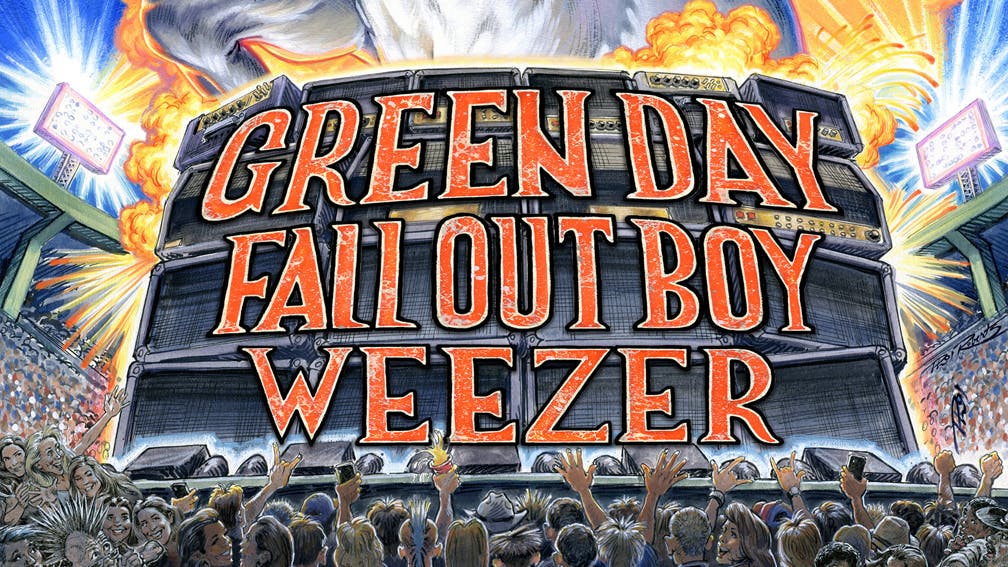 Tickets for the Hella Mega Tour 2020 are now on sale! Stadiums around the world will welcome Green Day, Fall Out Boy and Weezer next summer for the biggest rock'n'roll party of the year.

GET YOUR TICKETS FOR THE HELLA MEGA TOUR NOW

Speaking on Zane Lowe’s Beats1 show about the concept behind the tour, Green Day frontman Billie Joe Armstrong said: “It’s kind of a Green Day idea. And we talked about how we weren’t really wanting to do stadiums and do something that was like throwback to Monsters Of Rock Tour. There was, of course, Fall Out Boy and Weezer and now we’re stoked.”

He continued: “It’s exciting, you know? But I mean I really kind of look forward to maybe actually putting out more music. I think just we finished our record contract… we’re free agents. So we’re just going to end up putting out more stuff. We’ll probably put out more stuff before the tour actually. And then I think not tour as long, but effective touring.”

Tickets for the Hella Mega Tour are now on sale! Get your tickets now for a show below.