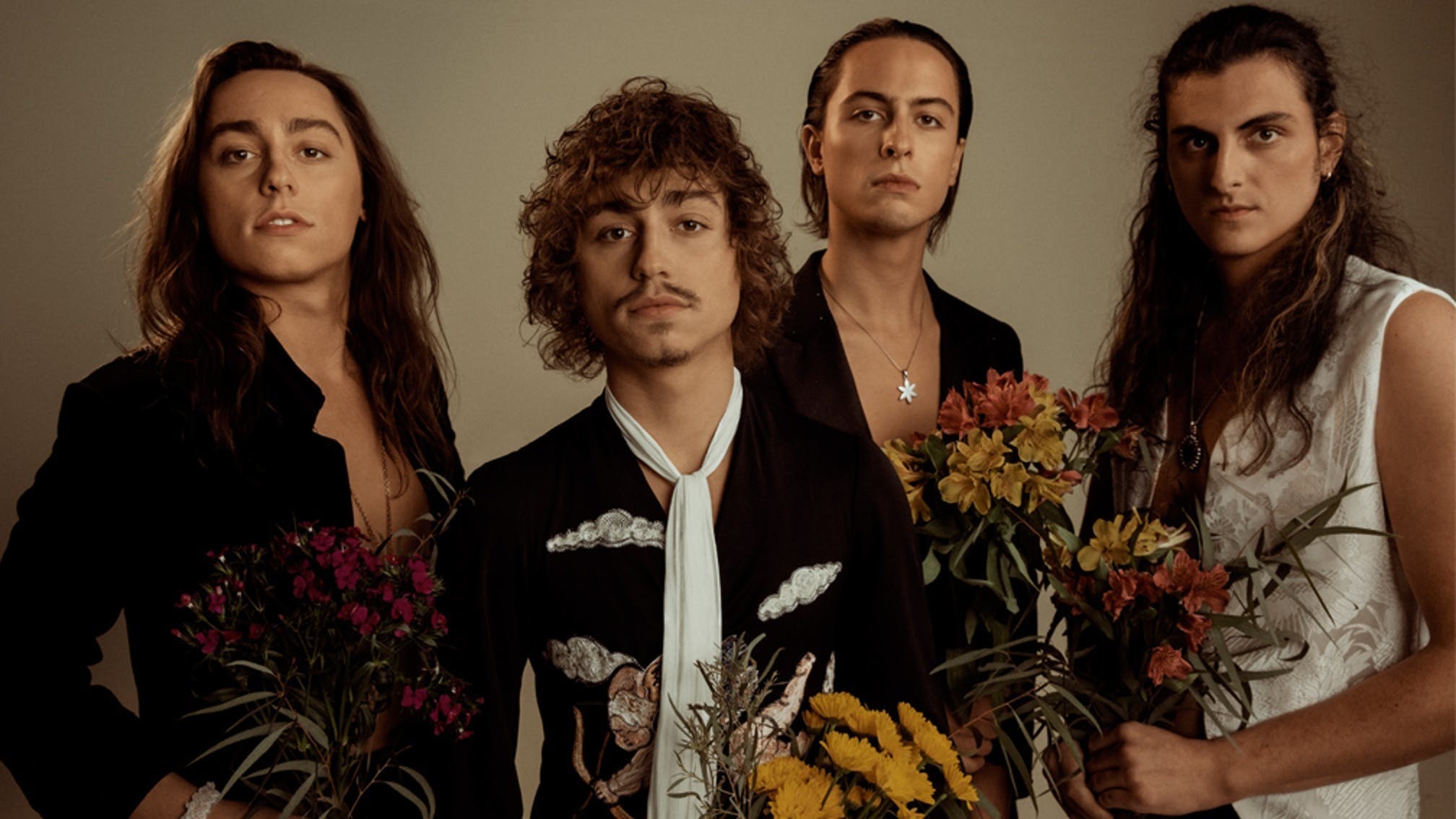 Greta Van Fleet have announced a run of dates in the UK and Ireland as part of their The Dreams In Gold Tour. In support of their The Battle At Garden’s Gate album released in April, The Michigan rockers will be doing their biggest ever shoes over here, including a date at London’s massive Alexandra Palace.

Having been on tour since they were teenagers, the pause over the past 18 months took some getting used to for the band. So much so that they realised they didn’t actually know how to do much else.

“We did [this] straight out of high school, essentially,” bassist Sam Kiszka told Kerrang! . ​“We lived in this giant above-ground submarine with wheels going down the highway, staying at hotels. And then the time came for us to hang our hat for the first time ever, and we’re like, ​‘What do we do?’ It’s not so easy. I’m not seasoned in this this way of life. I’m not sure what to do.”

Discussing the album, singer Josh Kiszka explained how deep the ideas behind the lyrics went.

“It’s a lot of playing with the human experience,” he told us. ​“There’s a lot of beauty and wonder, there’s a lot of pain and sorrow. There’s a lot of themes of war, which touch a great deal on that sincere sort of grief. And it’s sort of amazing that [war] really has been a prevalent theme since the advent of man. There’s wars of religion, wars of industry, industries of war – it just keeps going. But it’s sort of viewing the Garden’s Gate as what’s left of the natural world, and then there’s everything that threatens that natural world through this industry. And of course, there’s the impression humans have had in building civilisations, and, of course, tearing things down and building things out.

“We’re just stardust and carbon,” he continued. ​“And we continue to just sort of waltz through time. And nothing is good or bad – it’s all just what it is. And that’s the lackadaisical spiritualism of that song. And there is a lot of Eastern philosophy implemented into that track. It’s like a very bizarre psychedelic parade that’s just sort of dissolving into the sky.”

Read this: Brotherhood, burnout and belief: How Greta Van Fleet took on the world – and won