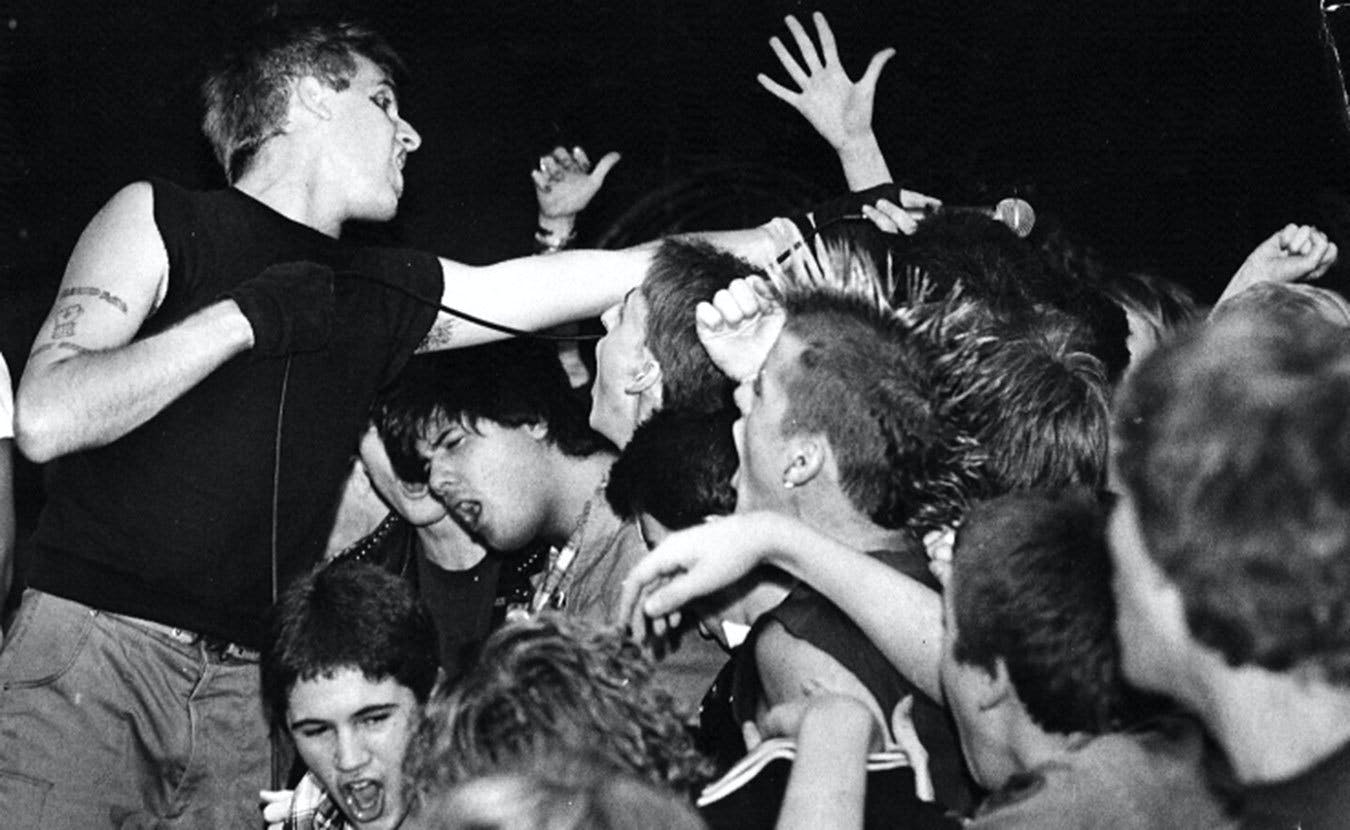 Legendary hardcore band 7 Seconds have decided to call it a day. Band leader Kevin Seconds shared the following on Facebook:

I had hoped to never ever have to make this announcement.

In fact, I vowed to never do it because, in my heart of hearts, I figured that, as long as Steve, Troy, Bobby and I love playing our songs for people and as long as we are physically and mentally healthy, 7 Seconds would probably just go on forever until we couldn’t anymore. None of us ever wanted to make a ‘we quit’ announcement to our friends and fans.

None of us ever wanted to do reunion tours or comeback albums.

I’m here to very sadly and regretfully announce that the band is officially calling it a day and will not be doing any more playing shows or touring in the future.

First and foremost, our brother and drummer Troy Mowat has a fractured C-6 vertebrae and a torn rotator cuff and has struggled with some nerve damage in his neck and wrists for some time.

All of this causes him tremendous pain and greatly affects his stamina and mobility.

He basically needs to stop playing drums, at least, for the foreseeable future.

Besides that, our brother and bassist Steve Youth continues to struggle with his own medical issues, most notably, blindness in his left eye due to cataracts which has contributed to bouts of of depression and anxiety and is affecting every aspect of his personal life.

He has also greatly struggled to maintain his sobriety since the death of he and I’s mother in December 2016 and is currently seeking detox/recovery help.

So basically, we’re a great big and old punk rock mess and the 4 of us can’t really find a way to clean ourselves up or work around the rubble enough to play out as a live band….

Those who have worked closely with us or who have followed us throughout our 38 years know how dysfunctional we can be but we always managed to pull our shit together at just the right time.

This time around, the reality of being middle-aged, working class, not terribly relevant and not being able to bounce back from injuries and personal problems has become a weight just too great for us to bear and all signs finally point to retirement.

No more band member replacements or even temporary fill-ins.

Pretty much always has been and will be.

Admittedly, 2 years shy of a 40 year anniversary has me feeling a little down but there are more important things than milestones and the health of my band brothers and family trumps everything else at this point.

When the time came, I never wanted for us to do a big retirement tour but I had hoped we could at least have a big hometown (Reno) show before we taking ourselves out.

That’s not going to happen.

We’ve informed our amazing and longtime booking agents - Margie/Do It Booking in the U.S. and Snoopy/M.A.D. in Europe - that we’re officially done which means, first and foremost, that we won’t be able to do our last Punk Rock Bowling show in May or our Europe run in June.

There is so much more to say and so many people we’d love to thank but for right now, that’s it.

We love and thank each and everyone of you for everything.

7 Seconds are believed to be the first band to refer to themselves primarily as hardcore. After their first show on March 2, 1980, in an interview with a zine called Newsletter NWIN/SPUNK No. 1, they described their band as hardcore new wave.

The final lineup of 7 Seconds was and had been for a while: Kevin Seconds (vocals), Steve Youth (bass), Troy Mowat (drums), and Bobby Adams (guitar).

A Salute To The Importance And Influence Of 7 Seconds

As the seminal punks call time on their 38-years as a band, we look back at why they mattered and why they'll be dearly missed.