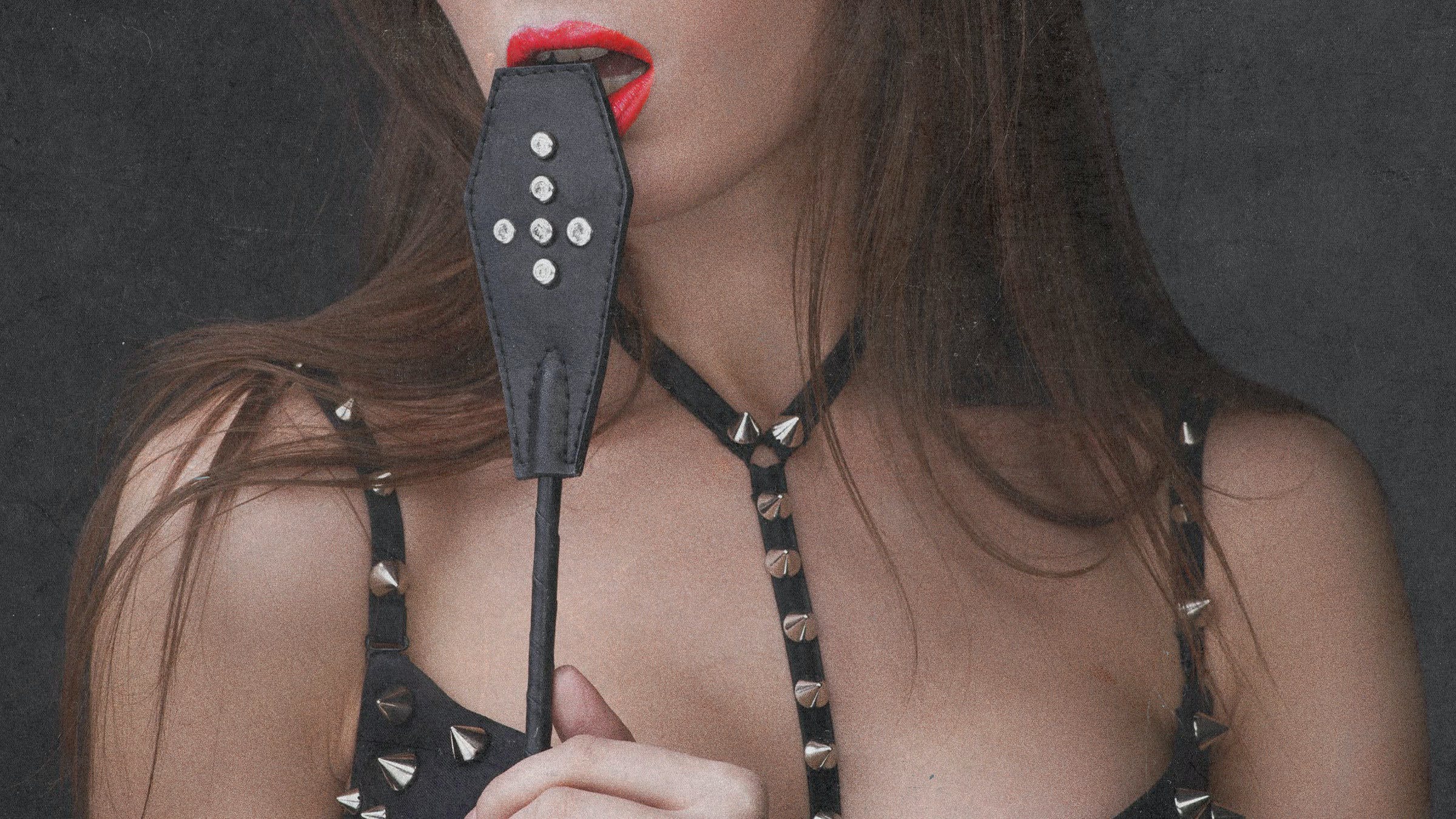 Valentine’s Day is a celebrated day of love and affection, hallmarked by the cheesy romantic imagery splashed on everything from cheap waxy chocolates to quickly forgotten stuffed bears peddled in every drugstore from here to Timbuktu. However, the holiday’s roots are grounded in murky, unverified legends that all tend to point to the martyrdom of one Saint Valentine, who by some accords was imprisoned for marrying young Christian couples, who were persecuted under the Roman law of the time, and gave a letter to his jailor’s daughter signed “From your Valentine” before his execution.

From the hard industrial stylings of German fucklords Rammstein to the synth-driven sex pop of new-wavers Depeche Mode, a common thread of power, pain, and pleasure run through these songs with each charged riff and line. Some lean heavy on the carnal acts of bodily violence while some are more inclined to pull out the psychologically extreme (and use the word “slave” in the kink context: warning for those who prefer not to engage with that language), but all encapsulate a specific shared feeling of taboo fulfillment gained from enjoying the rougher things in life.

The slithering sexuality of Dave Gahan plays out front and center in nearly every Depeche Mode track, but they never reached quite the same level of outright domination and submission as on Master and Servant. The parallels drawn between power dynamics and everyday life are direct and smart with Gahan’s lyrics waxing philosophical on how everyone is getting fucked in some way, but one leaves you 'fulfilled at the end of the day'. Bonus points for the brief reference to puppy play – that prowess is for advanced players only.

One of the most successful songs of the Sisters’ career, More is a yearning paean of carnal frustration from an unsatisfied lover attempting to tease out the freak in their apparently vanilla lover. Co-produced by Sisters Of Mercy’s leader Andrew Eldritch and Jim Steinman, the lush, operatic choral refrains echoing behind the singer’s inimitable rumbling baritone highlight the lustful desperation of the lyrics while the anxious, steady beats thrusts on. The video also serves to showcase Andrew and co.’s lithe, leather-clad sensuality as they writhe around onstage with the masked and beautiful back-up singers in a scene evocative of Eyes Wide Shut’s infamous orgiastic finale.

COMBICHRIST – GET YOUR BODY BEAT

The oldest and potentially most influential song on this list comes from Lou Reed’s music-changing group the Velvet Underground. As was commonplace for Lou, the track was ahead of its time and delved into darker themes than the band’s many generic psychedelic contemporaries waxing philosophical on bullshit like free love, flowers, and lysergic acid-inspired epiphanies. Lou kept it real and dirty, taking inspiration from the 1870 erotic novella of the same name by Austrian author Leopold von Sacher-Masoch who wrote the tale loosely based on his own obsession with a cruel woman who often wore fur. Lou’s creative interpretation of the tale includes a nod to the healing power of physical punishment for some with the poignant line, 'Strike dear mistress, and cure his heart.' Shiny leather boots, belt lashings, and tongued implements used to mark the submissive’s skin call up carnal images of pure indulgence, wrapped in swirling, opium-laced soundscapes and tambourine dreams.

SHE WANTS REVENGE – TEAR YOU APART

The deadpan, monotonous droning of She Wants Revenge singer Justin Warfield’s singular voice makes this darkwave dance floor anthem somewhat of a murder ballad that blurs the lines between danger and sex in a deliciously creepy fashion. An obsessive crush breeds neuroses in the lyrical protagonist, who envisions grabbing the object of his desire by the hair and telling her he’d like to 'fucking tear [her] apart' in an ambiguous act of violent salacity. The Joaquin Phoenix-directed surreal noir clip offers little clarity as to the resolution of the song’s true meaning, but potentially sheds light on issues of sexual assault and the madness of those too fixated on getting what they want. BDSM can be a fun, consensual experience between willing participants, but taken too far, it can be as abusive and scary for those involved. The band wanted that dualistic interplay of the song’s explicit imagery and the video to exist, though, as Justin once told an interviewer they didn’t like the very literal treatments suggested to them and “wanted to make something that was universal and powerful about being different, about being disenfranchised and an outsider.”

JUDAS PRIEST – A TOUCH OF EVIL

Priest’s leather daddy, studded aesthetic deserves not only its own entry on this list, but an entire list of its own if we’re being fair. However, Touch Of Evil is a direct dedication of Rob Halford’s obedient devotion to a hard-hearted lover whose stroke elicits the deepest, hardest yearning he feels. Several references to falling into a trance with desire bring to mind the subspace, the ecstatic state of mind experienced by a submissive when their emotional or physical limits are pleasurably pushed in a scene. The natural high of inhabiting that space reverberates in tandem with Rob’s high-pitched wails and the blazing guitar solos, creating a classic tribute to sexual nirvana.

STOOGES – I WANNA BE YOUR DOG

Simple and to the point, there aren’t many lyrics to interpret here beyond the sentiment expressed in the title of this 1969 Stooges classic. 'I’ll lay right down in my favorite place,' combined with the visual of a dog lapping water could surely be taken to reference oral sex, but the kinkiest aspect of this straightforward, fuzzed out, three-chord banger remains the Master and pet element. Interesting fact: I Wanna Be Your Dog emerged the same year as the official release Venus In Furs, and the Velvet Underground’s co-founder John Cale played the iconic single-note piano riff that occurs throughout the track.

Following in the long tradition of songs sung to potentially dominant partners in a time of sexual need, Pain is a fraught cry for help in the form of a meditative beating from a dangerous looking stranger. The lyrical main character sees this person and promises to follow them home in search of unique and stinging gratification. The verse beginning with 'Where were you when I was out of line?' reeks of a bratty bottom pushing the buttons of a tempted Dom/me in a teasing, repetitive manner, but the fun and games have a real goal as singer Jae Matthews cries out about needing the 'dark side' of this mysterious and powerful figure.

Taken from Ministry’s trajectory-changing 1986 album Twitch, My Possession is an electronic industrial dance track with nearly indecipherable lyrics the tell the story of a defiant, domineering man who has lost his concern for what is thought of him, he wants control and will take it by any means necessary. 'You’re all slaves anyway,' sings the unmediated Al Jourgensen as he talks of 'grabbing and poking and bruising and choking.' Dark synth and whispered delivery bely the sinister themes at hand, accentuating the quiet, confident power of a man who knows what he wants to do and how he’s going to do it.