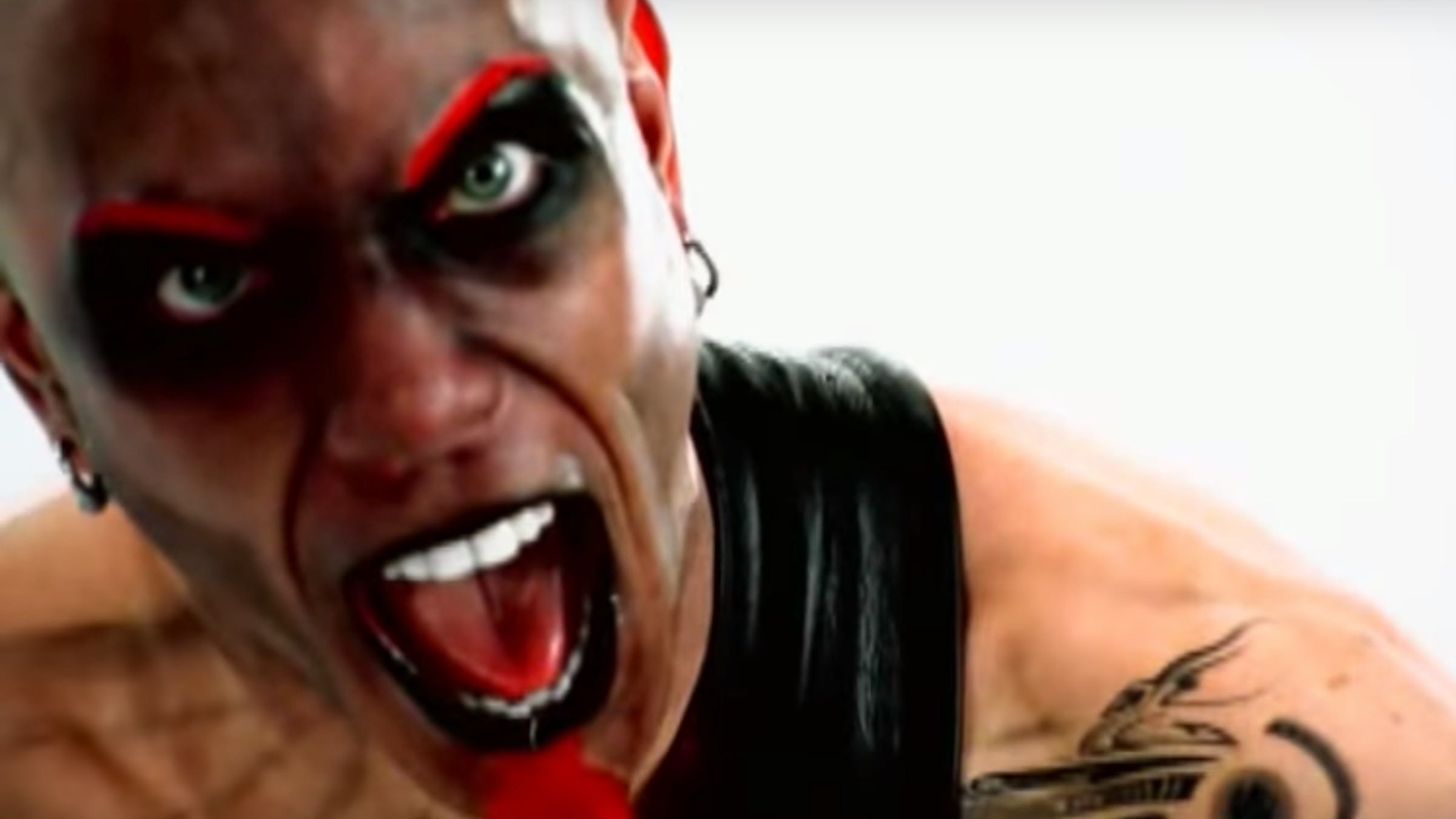 Since a YouTuber created a video of the intro to Mudvayne's Dig for 10 hours straight, the nu-metal band's first big single, and the unique 'Brbr-DENG' bass sound that opens it, have become some of metal Internet's new favorite material. Like Immortal crouching in the woods and George "Corpsegrinder" Fischer's massive neck, the Dig into is now officially a memable piece of musical history. Case in point, another YouTuber has made a version of the Dig video where the song slows down by 1% every time bassist Ryan Martinie plays his infamous 'DENG', and it's, just, amazing.

1% might not not sound like that much to slow down by -- but that's only because you've probably forgotten how many times Ryan plays that 'DENG.' During the intro, the change in tempo is almost imperceptible, but by the time Chad Gray comes in with his iconic, 'YURRRRRR', the song officially sounds as though you've accidentally been dosed with painkillers. As the first chorus comes to an end, you wouldn't be surprised to look up and find the walls melting. The gradual addition of the effect makes it even more far-out, so that any time you notice the song has become even slower, it seems to have happened behind your back.

Get your mind broken by Mudvayne's Dig below:

Huh! Perhaps the most interesting effect of the video is that it shows listeners how cool Dig would sound as a sludge metal song. Maybe it's worth exploring a sludge metal tribute to nu-metal, where the jaunty, rap-infused tracks of the late '90s and early '2000s are slowed down and given a furious, brutal make-over. Or maybe not.

For reference, here's the original video for Mudvayne's Dig.

There you have it -- your new metal meme overlords have arrived. Between the 'Brbr-DENG' of Dig and their glorious nu-metal beards, Mudvayne have become ripe for parody by the entire world. We look forward to seeing how Dig can be mashed-up, slowed down, sped up, and made outright hilarious in the near future.

Here's the setlist from Mudvayne's first gig in 12 years

This is what Mudvayne played during their headline set at this weekend's Inkcarceration Festival – the band's first live show since 2009.