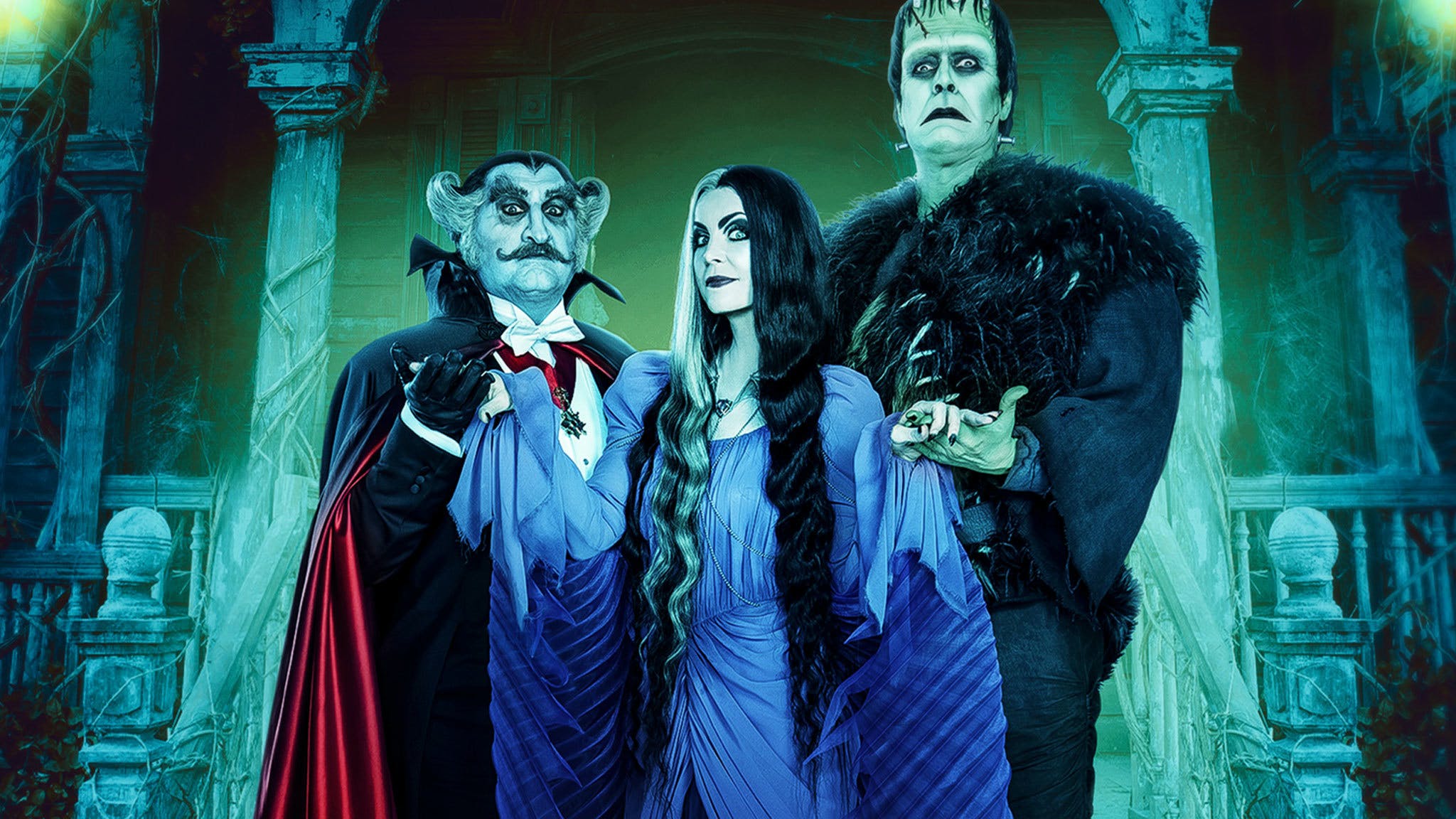 Just under a month on from releasing the first teaser trailer, Rob Zombie has shared an official poster for his Munsters reboot.

According to Screen Rant, Rob will be presenting the full Munsters trailer at every show on his upcoming tour, so expect more content soon…

Recently, Rob told Entertainment Weekly that his Munsters is "100 per cent in the spirit of the show", explaining that, "I didn't want it to be different. I wanted to totally retain the vibe that it had in the ’60s."

There is one major difference, though: it's not in black and white.

"What I did do is I made the colours sort of hyper-real," he revealed. "I noticed when the actors were in their make-up and they were just walking around, getting lunch or whatever, they looked like cartoon characters come to life. They were just so insanely colourful. I was like, 'I have to light the movie in the same fashion.' It really seemed at all times like a live action cartoon, which was really exciting."

Read this: A brief history of zombies in pop culture