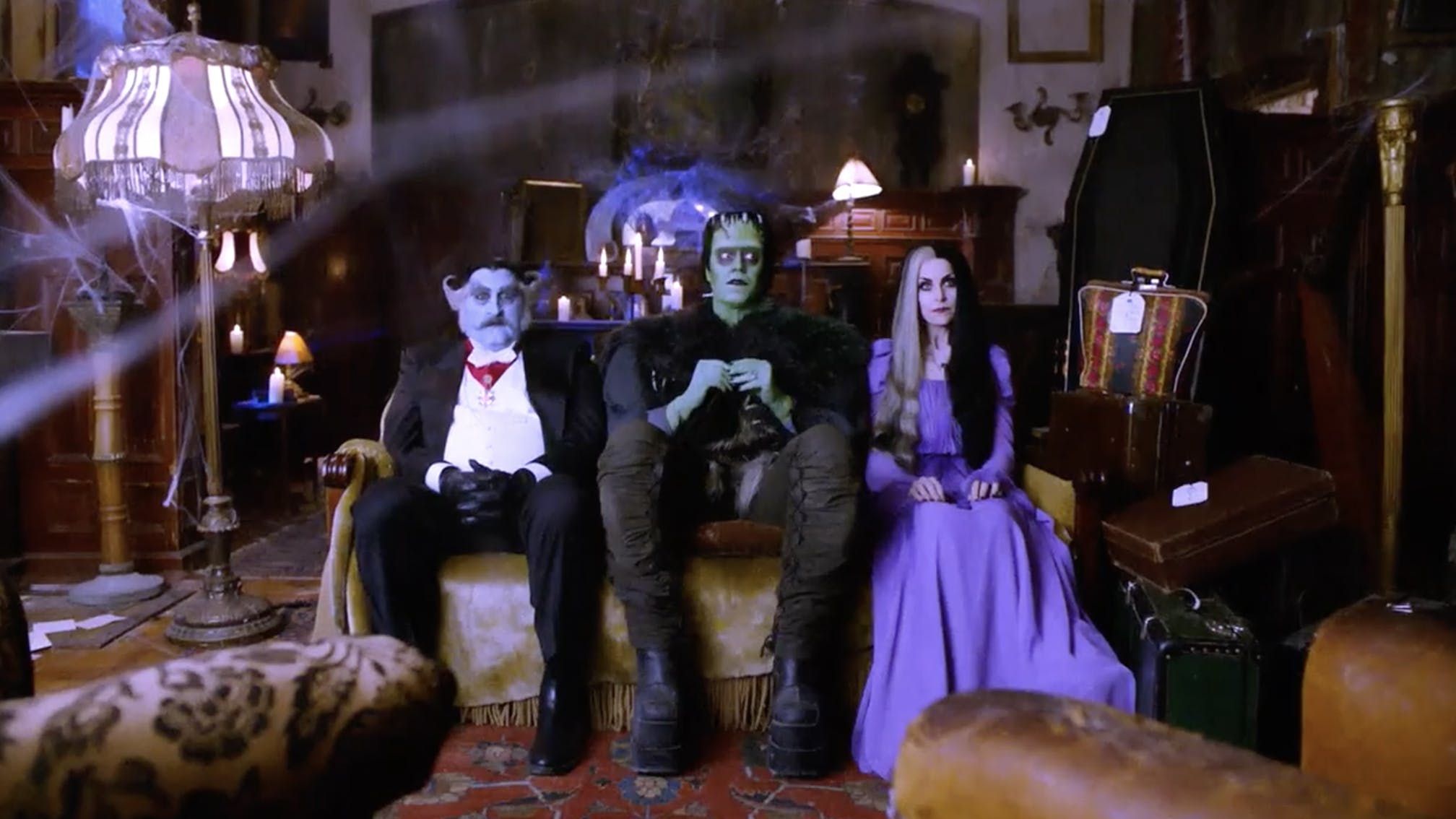 Exactly a year on from confirming he was working on a film project he'd been chasing "for 20 years", Rob Zombie has shared the fun, colourful first teaser trailer for The Munsters.

Ahead of its 2022 release, the musician and director has delighted fans of the iconic spooky ’60s sitcom with a new minute-long clip, showing Jeff Daniel Phillips as Herman, Sheri Moon Zombie as Lily, and Daniel Roebuck as Grandpa.

Rob tells Entertainment Weekly that his movie version of The Munsters is "100 per cent in the spirit of the show", adding that, "I didn't want it to be different. I wanted to totally retain the vibe that it had in the ’60s."

Of course, as you'll see from the teaser, there is one difference, though – it's not in black and white.

"What I did do is I made the colours sort of hyper-real," Rob explains. "I noticed when the actors were in their make-up and they were just walking around, getting lunch or whatever, they looked like cartoon characters come to life. They were just so insanely colourful. I was like, 'I have to light the movie in the same fashion.' It really seemed at all times like a live action cartoon, which was really exciting."

Get the first look at the new Munsters film below: