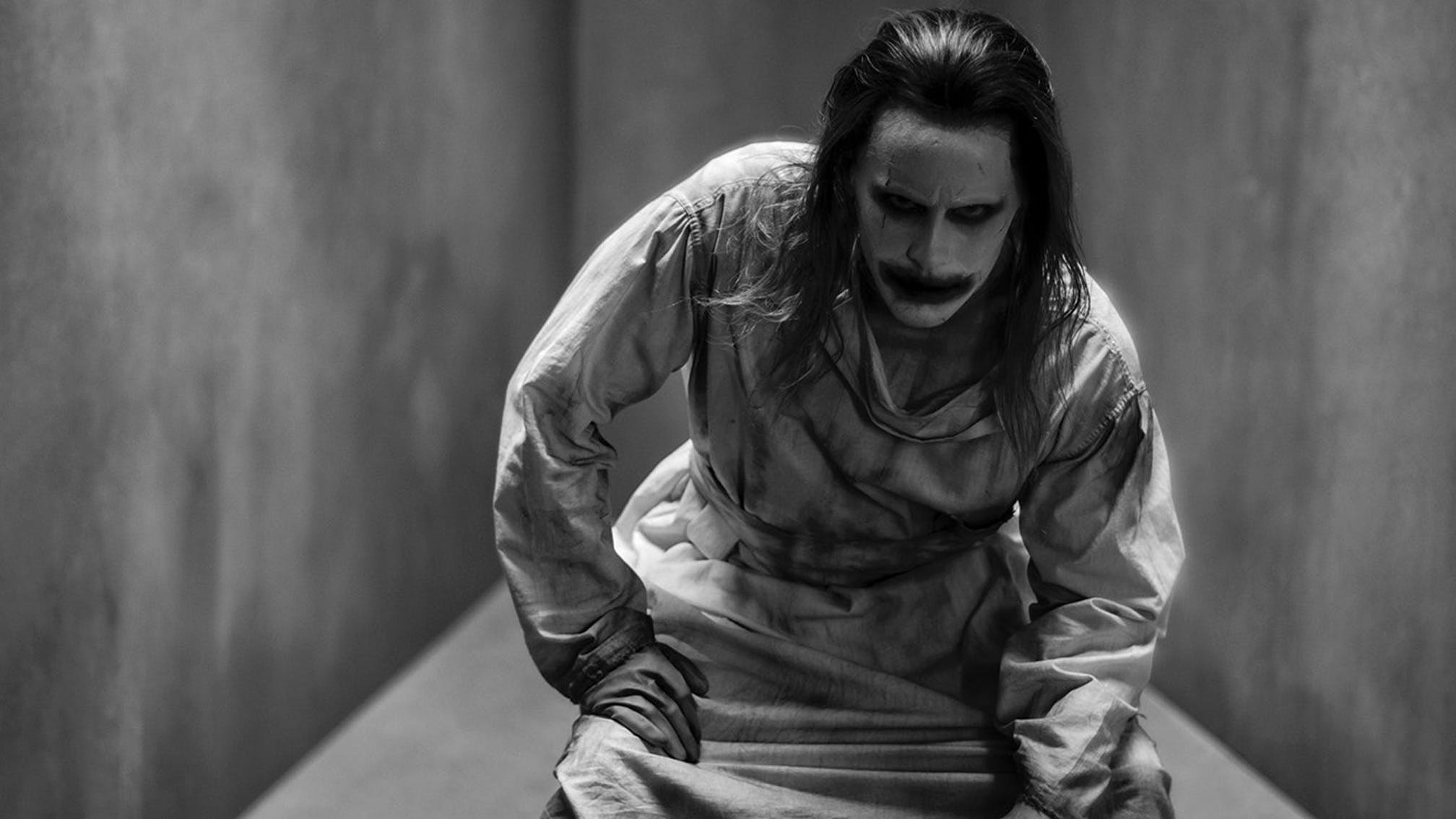 Following last week's teaser of Jared Leto's new-look Joker, Zack Snyder has shared a couple of new images of the Thirty Seconds To Mars frontman in his full Clown Prince Of Crime get-up in the upcoming Justice League cut.

Speaking to Vanity Fair about the character – who has some notable changes from his appearance in 2016's Suicide Squad, including the apparent disappearance of the 'damaged' tattoo on his forehead – the director cryptically teases of where Joker's at in this movie: "I would say that there’s been some water under the bridge. Who knows what’s happened. I don’t know if he’s wearing make-up, I don’t know what’s happening. It’s hard to say exactly."

Zack also reveals that the Joker was a figure that he didn't initially consider to include in his original version of Justice League – which of course was then finished by Joss Whedon. "The Joker is really the only thing that I thought of in retrospect," he admits. "But I will say that it was always my intention to bring Joker into that world."

Check out Jared as the Joker below. Justice League Snyder cut is set for release on March 12 via HBO Max.

The first trailer is – appropriately – due to arrive on Valentine's Day:

Before the release of Suicide Squad, Jared admitted back in 2016 that it was a "weighty thing to do" to play the Joker.

"The work that’s been done on this character by so many people before me has been so impactful, so incredible, so much fun, so profound, so risky, that it’s a very special thing to be asked to take on that responsibility," he said.