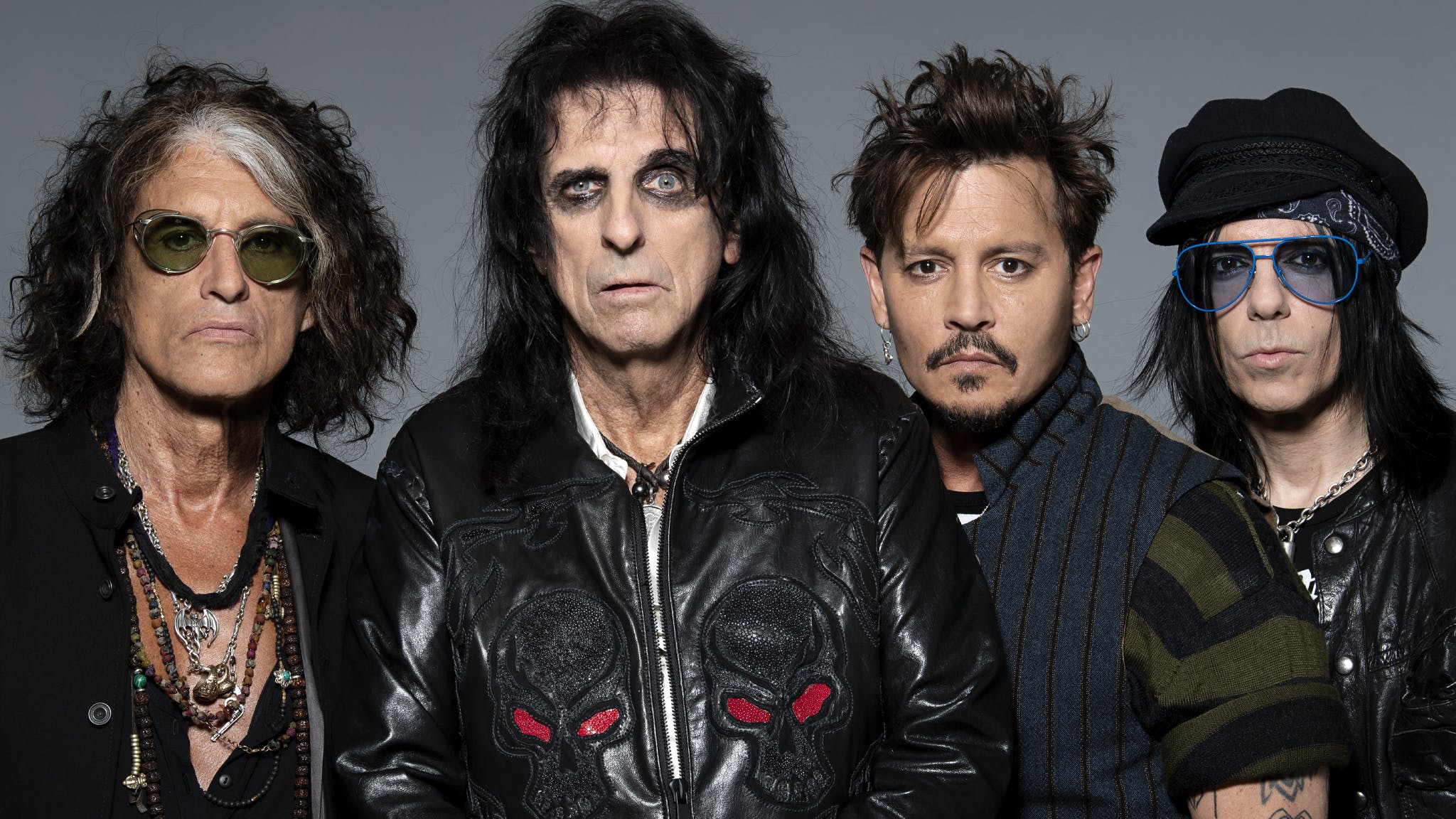 Hollywood Vampires have announced a 2023 UK arena tour with Seether and The Tubes.

“Well, it’s already been three years since the Vampires have toured because of COVID,” says Alice Cooper. “Also, Johnny has his movies, Joe’s in Aerosmith and I’m in Alice Cooper, so we have to look at that whole thing and see when we can all get a month or two off where we can go out and tour. And, we are going to be doing that, next summer coming up, 2023. I can't wait to get back with the guys, I really love being in that band. My band is great and wonderful, but playing with the Vampires is an entirely different situation. I don’t necessarily do any theatrics at all, I’m just the lead singer, in a band, and the band just happens to be one of the best bands around! It’ll be great to see Johnny and Joe and Buck and Chris and all the guys. We’ll be rocking these places, especially the UK, I can’t wait to get to the UK! Lock your doors, put garlic all around, because the Vampires are coming!”

Joe Perry adds: “Next summer it will be finally time for the Hollywood Vampires to rise again! We can’t wait to play the songs from our latest album, Rise, for all our fans across the pond. The excitement builds as we countdown the days! See you all then…remember, leave the garlic at home!”