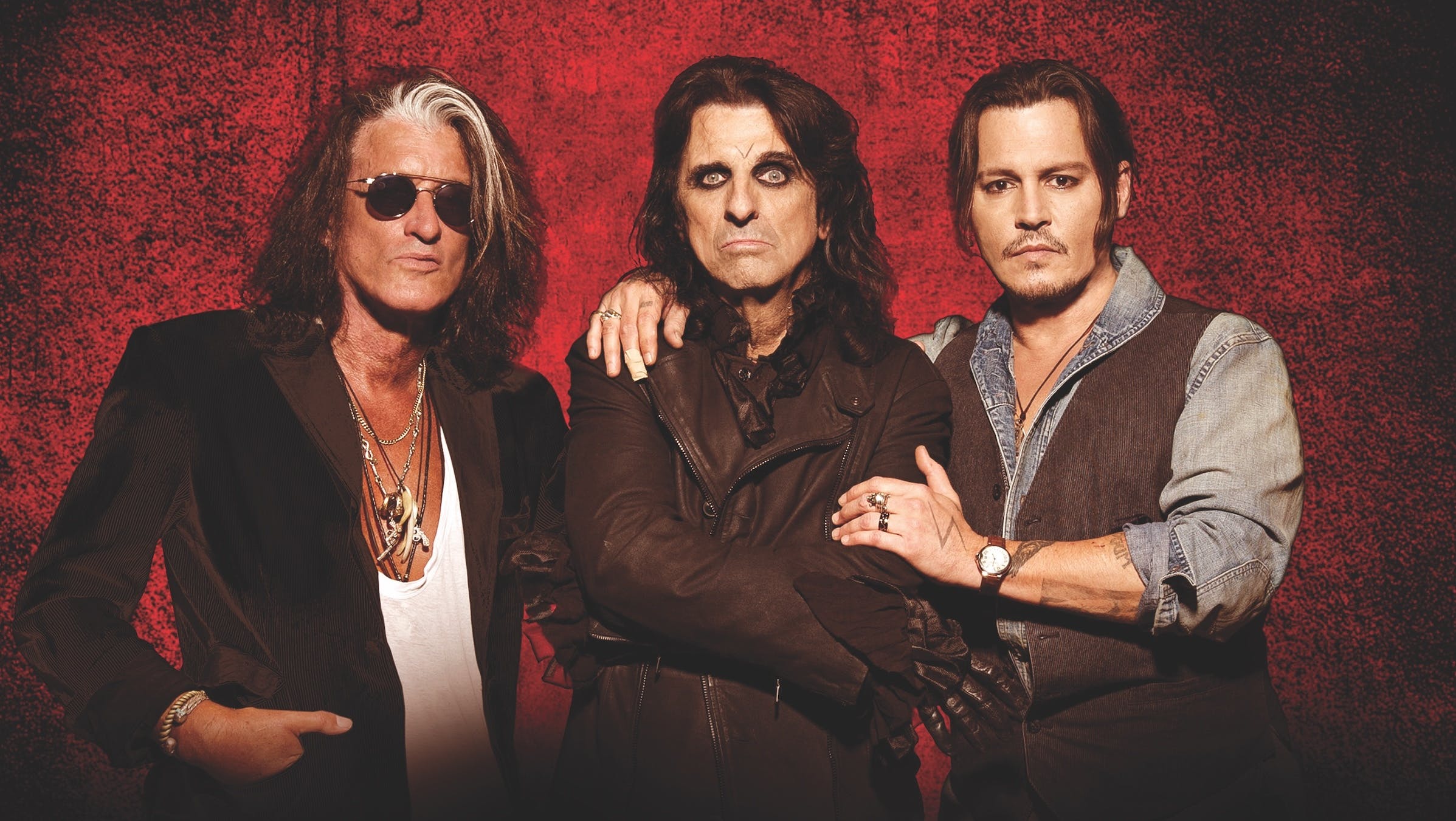 Hollywood Vampires – the supergroup formed in 2015 by Alice Cooper, Johnny Depp and Aerosmith’s Joe Perry with the intention of paying tribute to ’70s rockstars who died of excess – have put out a cover of a song by another fallen hero.

The LA band, whose self-titled debut album came out in 2015, just released a video -- shot on June 5, 2018, in Hansa Tonstudios in Hamburg, Germany -- of them playing David Bowie’s iconic track Heroes with Johnny Depp on vocals.

The song is taken from the band’s forthcoming second record, Rise, which is due out on June 21. Although Heroes is, obviously, a cover, Rise – which was produced by Tommy Henriksen and Hollywood Vampires -- varies from the band’s debut in that it will consist mostly of original material.

It does, however contain two other covers in addition to Heroes -- the Jim Carroll Band’s People Who Died and Johnny Thunder’s You Can’t Put Your Arms Around A Memory, both of which are sung by Joe Perry.

In a statement about the album, the Alice Cooper said: “Rise is not only a totally different animal than the first Vampires album, it is unique to anything I've ever been a part of. Each of us -- Joe, Johnny, Tommy, and myself -- have written songs on this album. What is different, though, is that I didn't try to change any songs to be more ‘Alice-like.’ Because each of us has different influences, the sound of this album is very cool. I think that with this album, we are establishing what the Vampires' sound really is, whereas with the first album, we were more tipping our hats to our fallen rock 'n' roll brothers.”

At last year’s Kerrang! Awards, Joe Perry was presented – by Johnny Depp, no less – with the Kerrang! Inspiration Award, which celebrated the musician’s contribution to rock music since he began his career in 1970.