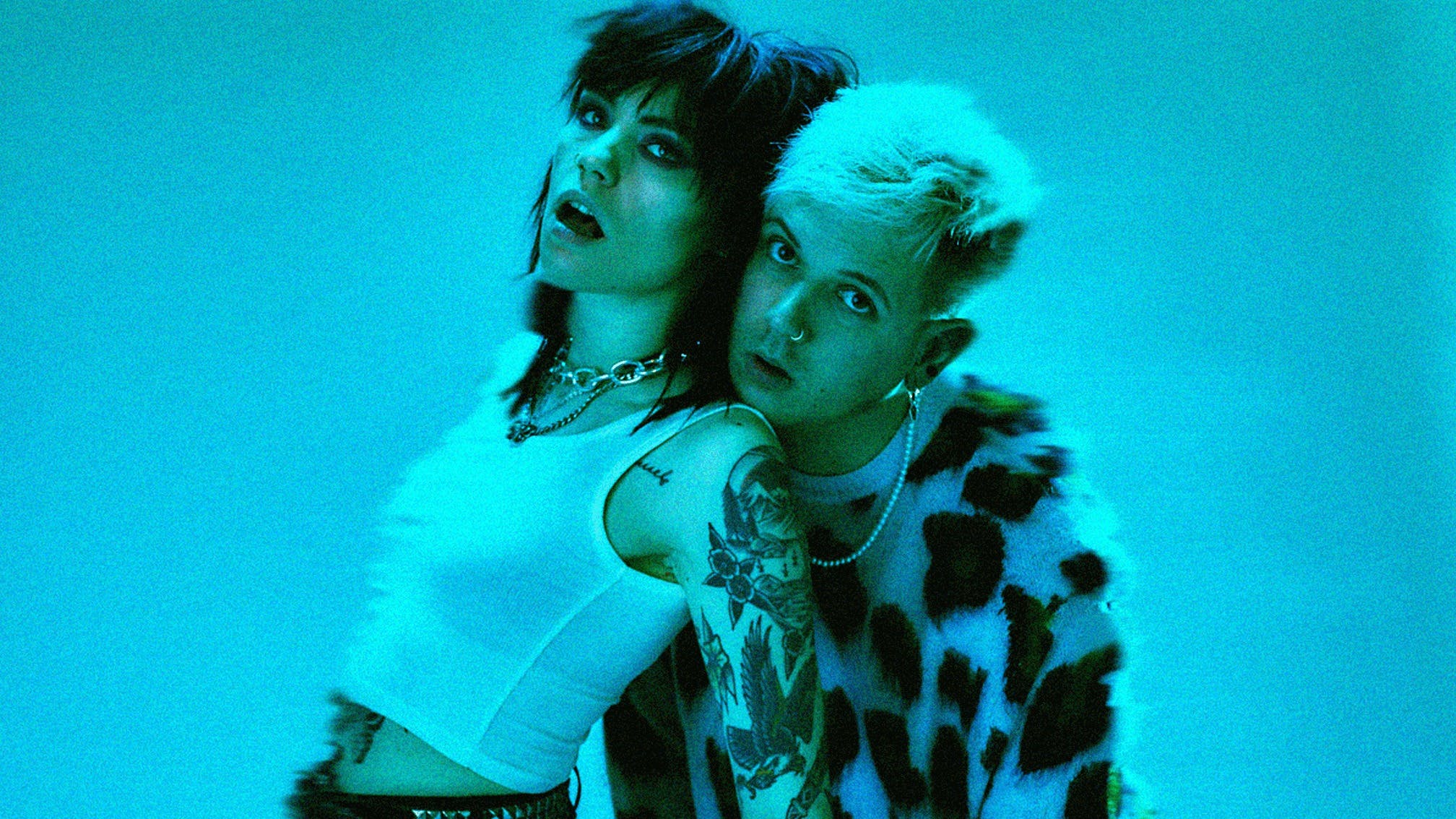 Hot Milk have announced a brand-new EP, The King And Queen Of Gasoline, and shared lead single Bad Influence.

Following 2021's I JUST WANNA KNOW WHAT HAPPENS WHEN I’M DEAD, the Manchester duo – Han Mee and Jim Shaw – are back with their next era, focusing on a storyline of 'overcoming resistance from control'.

"We wanted to personify this feeling of oppression and give it a face, the bunny cult you'll see visually throughout the record gives us something to rage at," explains Jim, while Han details: "The record has come straight from our veins, written and produced by us in a bedroom in Salford. This has been a labour of love, almost hate and therapy all in one. Through this record we want to create an intentional space where liberation and the ability to be free of expectation can be lived. We are the King and Queen Of Gasoline. The best at nearly ruining it all, fucking up and everything nearly going up in flames."

The King And Queen Of Gasoline is due out on August 5 via Music For Nations, with lead single Bad Influence released today (March 29).

Of the track, Han reveals, "We've been told we've been a bad influence since we were kids, so you know what? Maybe we are. But it’s only ’cause we have a thirst for life and go against the traditional."

"We were made to feel bad for following the our hearts and our passion, we got ousted by family and by peers for being who we are," continues Jim. "We know where we’re going and what we want and it’s to be open, happy and live fast and free."

Watch the video for Bad Influence:

Check out The King And Queen Of Gasoline EP tracklist:

1. The King And Queen Of Gasoline
2. Teenage Runaways
3. Fell In Love With Someone That I Shouldn’t Have
4. Bad Influence
5. The Secret To Saying Goodbye
6. Chloroform / Nightmares

For more from the band, watch Hot Milk hit The K! Pit:

Read this: Hot Milk’s Hannah Mee: The 10 songs that changed my life