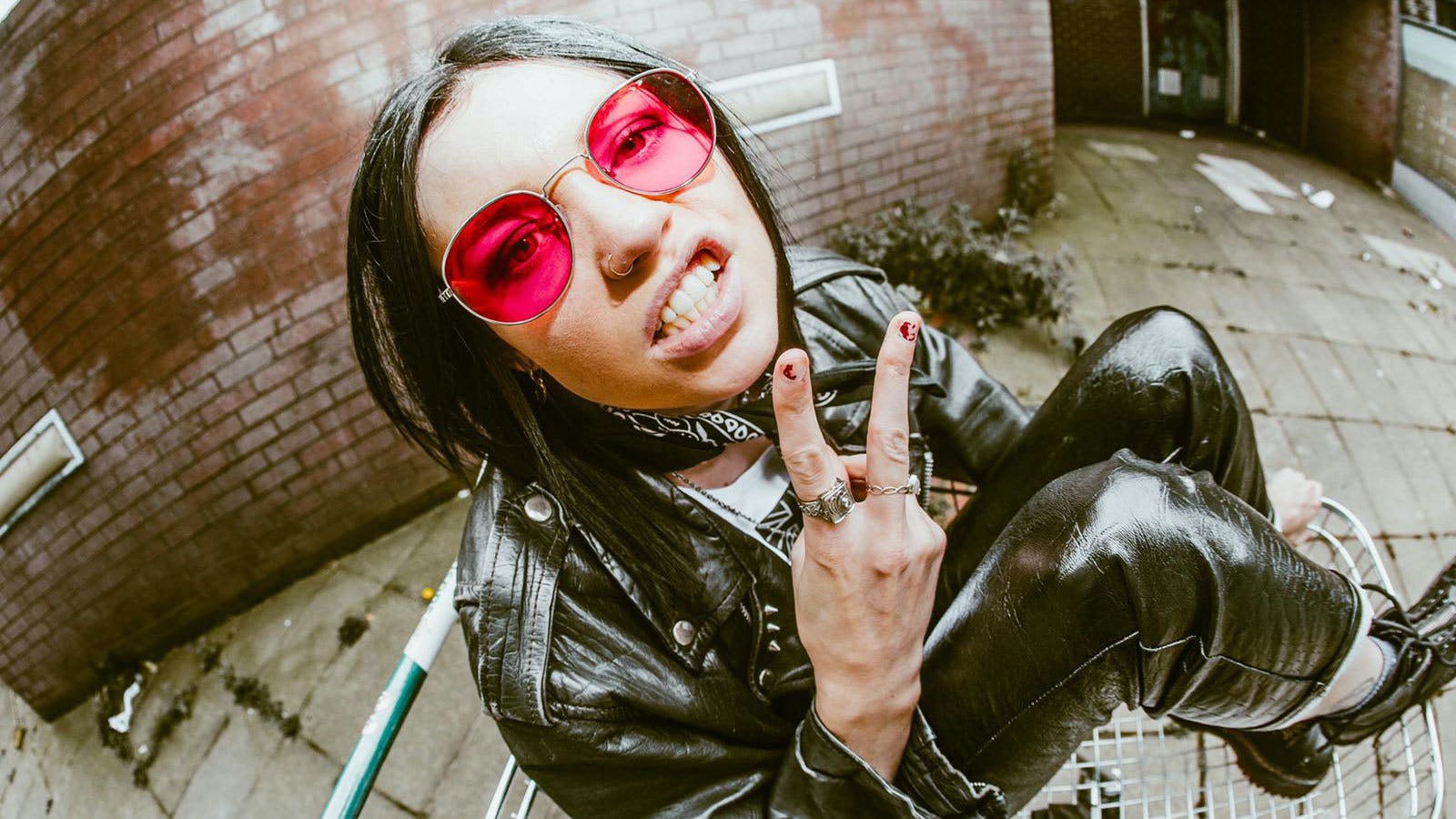 Since their formation in 2018, Hot Milk have rapidly found themselves playing some of the biggest stages on the planet, touring the world and generally having a bloody good time of it.

Growing up in the 2000s, vocalist Hannah Mee was inspired to make music by some of the most important names in pop-punk and emo, as well as a bit of indie-electro for good measure. Here, she takes us inside the ten songs that changed her life. Spoiler: She's a big Green Day fan.

"This track got me into guitars and dual vocals and just catchy songs. When you're a kid it's like nursery rhymes, you go for stuff that's catchy, and that got me into hooky stuff and just opened my ears."

The song that introduced me to rock music...

"The first rock album I ever bought was Dookie by Green Day, and the song Welcome To Paradise was one of the first songs I heard. I was in my friend's house, in his big brother's room, and he pulled out a CD and put it on. I was like, 'What the hell is this?' That happy accident made me go home and search what it was I'd just listened to, and from that I ended up going backwards into early punk music."

The song that reminds me of secondary school...

"Either that or Dirty Little Secret by The All-American Rejects. That reminds me of sitting on the school bus and vibing out, looking evil, hiding from people, just being a little emo in the corner and getting bullied for it."

The song that made me want to join a band...

"I remember watching Keith Flint and thinking, 'He's going fucking mental, he's just losing his mind,' and I thought if I can do that as my job, then that is what I wanna do."

The first song I learnt to play on guitar...

"I was going to their gig when I was 11, and I found out they get people up on stage for it, so I tried to learn it really badly."

The first song I ever moshed to...

"I was tiny when I was 14 and I got absolutely battered. I remember I waited by the stage doors to meet the band afterwards. I had a bloody nose so the guitarist went inside and got me some paper towels and then I tried to get them to sign my shoe. They looked at me like, 'Why are you so weird?'"

The first Hot Milk song I heard on the radio...

"We were all together in a car going somewhere and it was played on Radio 1. It was a big moment and I'll always remember it because we sacrificed a lot to be in this band. We didn't just come out of nowhere and do it overnight, it was a lot of preparation, a lot of writing and me and James had recorded and produced it all ourselves. It was a moment of, 'That was worth it'."

The song I'm most proud of writing...

"It came in a night and it was out of our comfort zone – it just flowed out of us. That was a moment where I went, 'Hang on, I might not be terrible at this'. It's still Hot Milk, but it's a new side of us and I like that side. It felt like this might be a new chapter for us and I'm proud of that."

The song that reminds me of a really good holiday...

"Me and my mates were in Madrid for a festival and I ended up scaling this massive paintbrush that was just chilling as an art piece. There was a guy at the bottom telling me to get down, and MGMT were playing. I remember being at the top, feeling the breeze in my hair, I was absolutely smashed and it was fucking sick."

The song I want played at my funeral...

"I just think it would be hilarious; a funny little antidote for everyone. I don't want anyone crying at my funeral, it'll be full on party vibes. I want there to be platters of drugs everywhere, silver platters of cocaine lined up."