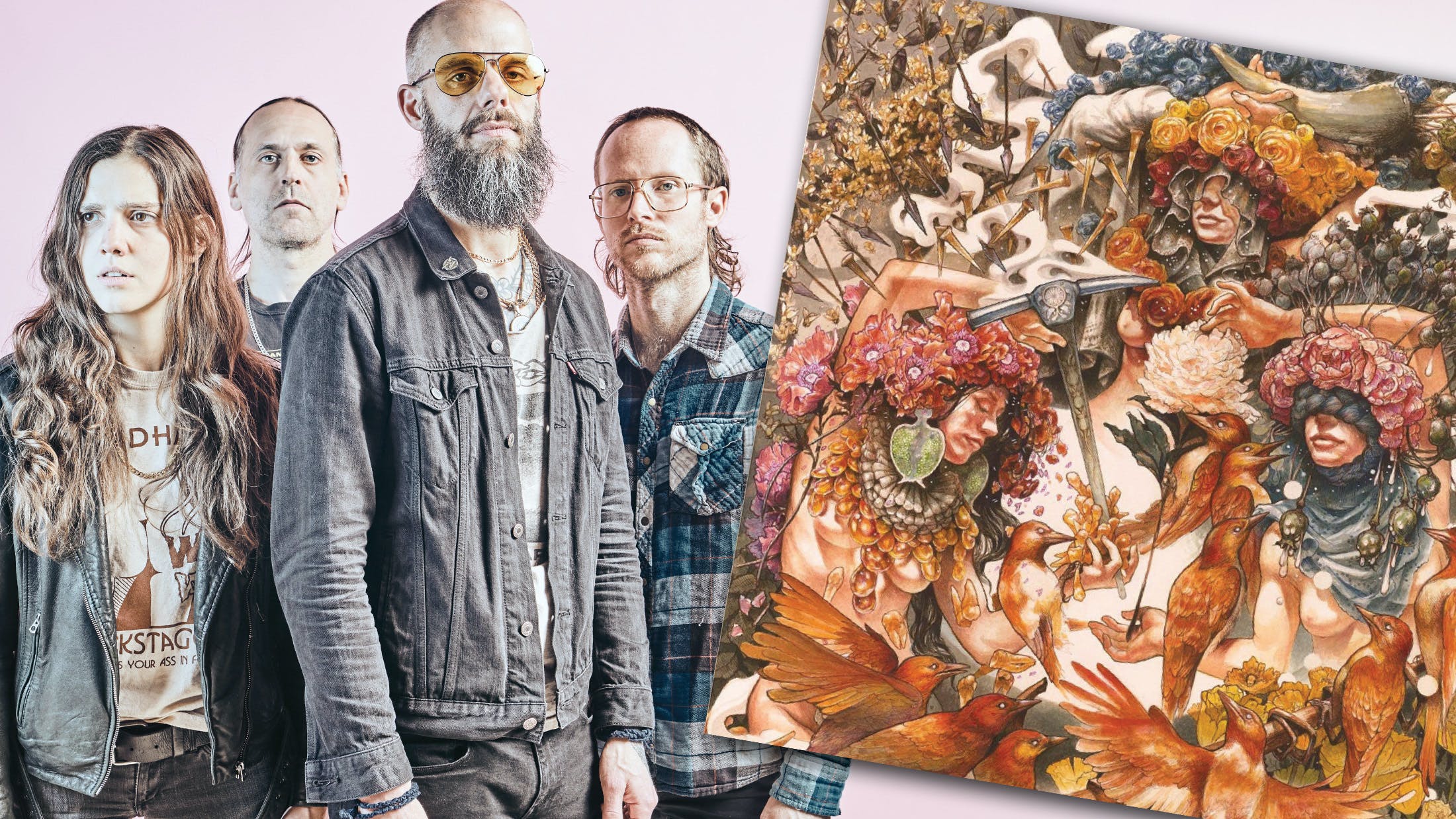 Existence is a million fleeting moments. Within them, there are ecstatic highs, miserable lows, long stretches of monotony and unexpected swerves in the road. For better or worse, life goes on.

Few bands have captured the colourful turbulence of human experience with half as much vibrancy as Baroness. Over the space of three EPs, four albums and 15 years few bands have evolved (or endured) as much. With fifth opus Gold & Grey, however, it was time to deliver a definitive, overarching statement and to draw a line under what had come before.

Like it or not, those fateful few minutes just before 11:30am on August 15, 2012 – when their tour bus plummeted off a viaduct in Monkton Combe, near Bath – have come to define the band. It’s through grit, determination and sheer heroism that frontman John Dyer Baizley, the sole remaining founding member, struggles defiantly on today, albeit in perpetual chronic pain. The bandmates now surrounding him – Trans Am drummer Sebastian Thomson, bass maestro Nick Jost and ex-Cirque du Soleil six-string supremo Gina Gleason – are keenly aware of the musical legacy they carry on, so painfully stripped from their predecessors. Every note written since has been viewed in context of the traumatic, tragic accident.

READ THIS: Baroness' track by track guide to Gold & Grey

The album’s predecessor, 2015’s Purple, was a potent statement in what was still effectively the immediate aftermath. The colour of bruising, it delivered a delirious blend of lyrical darkness and musical bombast that was as much about reminding listeners that the band were still here, and still doing what fans love as much as providing desperately-needed catharsis for the songwriters themselves.

Four years further down the line, that surface-level injury has faded, but the pain endures. “For a couple of years, it seemed everyone was telling me how lucky I was to have survived,” John reflected in one of a series of lengthy, therapeutic interviews with Kerrang! in the run-up to the record’s release. “Six years later, I think less of how fortunate I was in my misfortune, and more about [the uncertainty of] the future…”

Having exhausted every other colour on the traditional artist’s palette – Red, Blue, Purple, Yellow & Green – John felt compelled to deliver Baroness’ ‘orange album’. Refracted through the last few years’ shattered experience, however, he instead stumbled onto the chromatic concept of gold and grey. “This album feels like a turning of the page,” he reflected, having reached the end of the rainbow just as he sought to capture life’s great and small vagaries. “That title is a way of me saying that this album falls in between this precious, shining, eye-catching, valuable thing, and this dull, drab, melancholic thing. Life isn’t gold, nor is it grey, nor is it black, nor is it white. It’s this in-between – a mixture of it all.”

Stepping once again into producer Dave Fridmann’s Tarbox Road studios, the idea was to unleash the full brilliance of Baroness in 2019. In the wake of Yellow & Green, had fate not so cruelly intervened, the plan was to push at the horizons. With drama subsided and line-up consolidated, it was finally time to do just that. “Boredom and repetition are the death of art, as far as I’m concerned,” said John. “We needed to do something we hadn’t done before. I needed to do something I hadn’t heard before.”

Even with those high-concept, higher-minded ambitions, Baroness’ most ardent devotees couldn’t have predicted what would follow. A staggeringly strange, shapeshifting puzzle-box of an LP overflowing with hidden melodies, recurrent motifs and sly mirror imagery, from concept to composition to John’s predictably dazzling artwork, Gold & Grey proved to be by some distance their most intellectually stimulating work to date. More than that, it is Baroness’ most emotionally powerful release, steeped in anguish and honesty, full of craftsmanship but with zero artifice.

At points, the clash of virtuoso musicianship and soulful weight is dizzying. At others, the sound is stripped so far back you feel chills running down your spine. There are tantalising questions and there are gut wrenching answers. Even six months down the line, its songs are still revealing their secrets. We’d wager that six years hence, there will still be mysteries to be solved.

Lead single Borderlines acted as a bridge: chock-full of swaggering riffs and guitar solos, it reprised the triumphant “grand slam” sound with which the band had hoisted themselves through the ranks, but its lyrics (‘And I curse the ground beneath my feet / Curse the boiling sea / Curse the stars above my head / Staring back at me’) betrayed a more frayed feeling. Tracks like Emmett - Radiating Light (with Gina’s part recorded live in the haunting forest ambience outside the studio), Cold-Blooded Angels (featuring John’s daughter on guest vocals) and heart-wrenching highlight I’d Do Anything (‘I am selfish, I am wrong / I’m scared to be alone / Every aching joint breaking at the bone’) more plainly expose the dark underlying mentality of this music.

“It always felt like we were making music for a cult,” said John. “That cult might’ve just been the four of us, but it didn’t really matter as long as we were drinking the Kool-Aid on the daily. Gold & Grey involved everything I love about making a record: sleeping three hours a night for three months, not seeing family, being so overworked and so tired that you can’t separate good sound from bad any more. Insomnia. Frustration. Anxiety. Depression. Malnutrition. Operating on the edge of insanity. It’s terrifying, but the closer you get to the abyss, the more you find out about yourself. The more unique and idiosyncratic you become, the greater access to that beautiful, intangible, genuine, internal thing you get.”

READ THIS: The 13 most essential sludge records

A smorgasbord of strange styles and innovative instrumentation – strings, glockenspiel, tubular bells, piano, synthesizers and even field recordings of the chaos after a transformer blew up outside the recording studio are put to use – ensured that the beyond the self-doubt, existential angst and ultimate sorrow of the record’s message, it remains an invigorating experience for both listeners and the band taking these songs on the road. Indeed, the record’s purgative quality led to a further, almost-unthinkable elevation of the Baroness live experience in performances since.

“With the mixture of creative flexibility and nervous energy we put in – that don’t-even-think-of-looking-before-you-leap sensibility,” the frontman maintains, “I can say with zero hesitation that Gold & Grey delivers everything that I’ve ever wanted to put into music.” And who could ask for more than that?