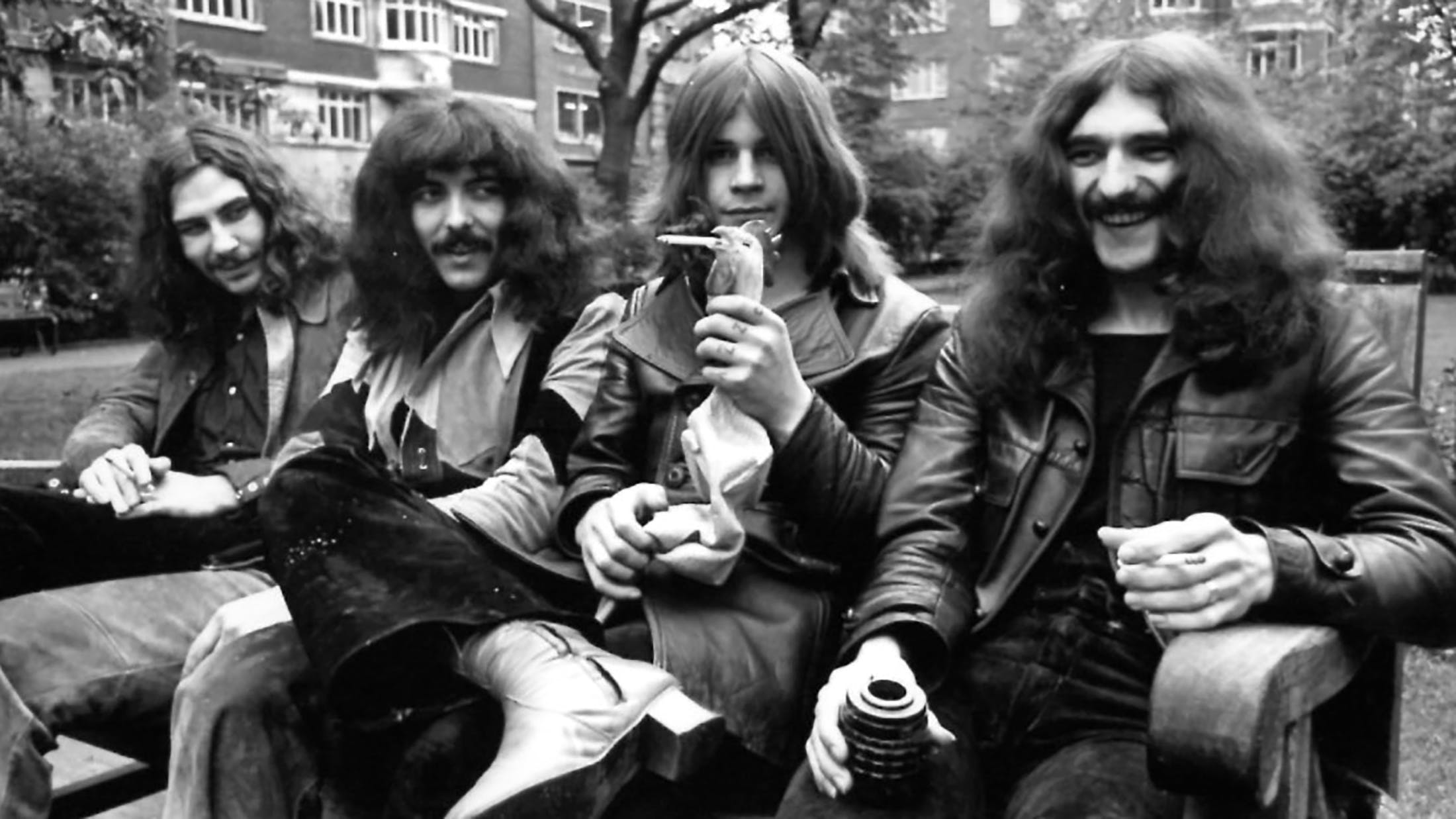 Fifty years ago today, February 13, 1970 (a Friday, naturally), heavy metal was definitively born with the release of Black Sabbath’s self-titled debut album. From its fearsome tolling bell and tritone riff of the opening title-track, to the powerful grooves of N.I.B. and the bluesy heaviness of Behind The Wall Of Sleep, it immediately marked Sabbath out as different from contemporaries in Led Zeppelin, Deep Purple and Uriah Heep, and drew a line in the sand that would kick off nearly five decades of heaviness to follow.

In a word, Sabbath were darker and more sinister than anyone else. The bell that heralded the album’s start, the wind, the rain, Tony Iommi’s evil riff – nobody was quite as in touch with the dark side as Sabbath.

“We used to rehearse across the road from a movie theatre, and Tony said one day, ‘Isn’t it weird how people pay money to go and get scared shitless in a movie theatre?’” Ozzy recalls. “’Why don’t we start making scary music?’ Our vibe kind of came from that.”

It wasn’t just in the music. The band’s name came from the 1963 Boris Karloff film of the same name (“If we’d have called ourselves The Nice Blokes or something, nobody would have taken any notice of us!” hoots bassist Geezer Butler), while their preference for black clothes gave them a darker aura than other bands.

It was an image that gathered speed quickly, even influencing ideas the band didn’t have a say in. The album’s intro was the idea of studio staff, added unbeknownst to the band, while the first the band knew of the inverted cross and gothic poetry inside the album sleeve was when they received their copies, having been thought up by a record label employee to drive home the band’s vibe.

For the band themselves, the darkness was something to look at as a balance to life, rather than something to jump into. Lyricist Geezer calls Black Sabbath, with its lyrics of an encounter with Satan, “A cautionary tale against Satanism,” while Ozzy explains that N.I.B. comes from thinking drummer Bill Ward’s beard looked like a pen nib. “It was never Nativity In Black like some people say,” he chuckles, “I would never have known what fucking Nativity In Black meant!”

Whether serious about their image or not, something took hold in Sabbath’s music on that album that struck a chord for generations to come. It was a new kind of heaviness. One that’s endured to this very day. Happy birthday, Black Sabbath.