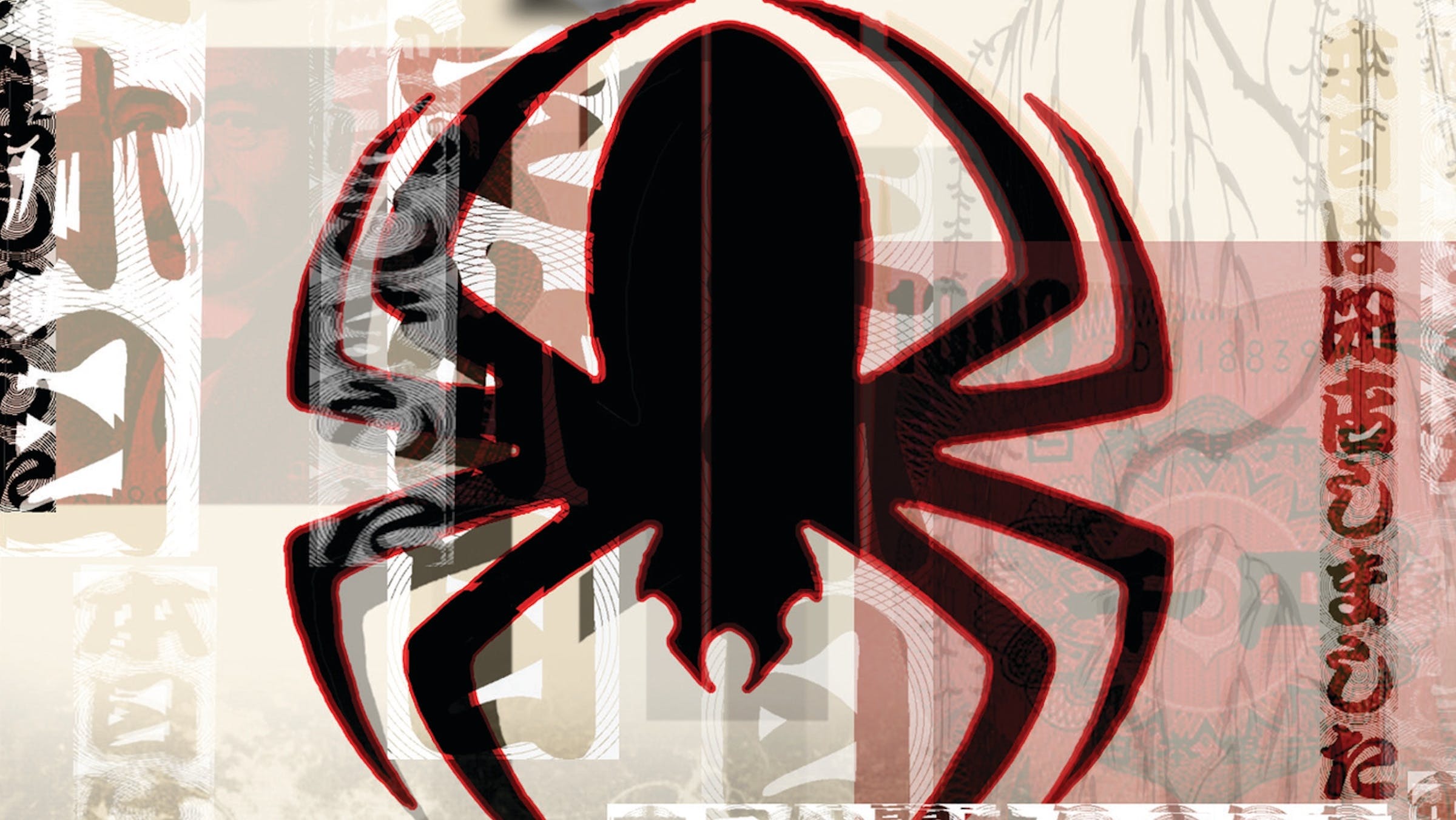 For most fans of hard rock and heavy metal, Jacksonville's Cold will forever be synonymous with the track Stupid Girl. The song's churning central riff exemplified the genre's edgy, sexy identity in 2003, and every lyric of the track, from its titular opening verse to its harmonized chorus, was made to be sung along with at a live show. Add to that the single's video -- in which fans hold up signs featuring the names of those people who broke their hearts, while the band plays a frigid show outdoor show -- and Stupid Girl was tailor-made for the heights it eventually reached.

What some Cold fans might now know, however, is that frontman Scooter Ward wasn't alone in writing the band's breakthrough single. During a rare fit of writer's block while working on Cold's 2003 album Year Of The Spider, Scooter used a mutual acquaintance to ask for help from one of his musical idols -- Weezer frontman Rivers Cuomo. Rivers obliged, and lent Scooter a hand in writing the song. The result is the anthemic track we know today.

Next week sees Cold dropping The Things We Can't Stop, their first new record in eight years. The album certainly maintain's the band's syrupy, despondent sound, but also at times takes a more nuanced approach, with the band branching out beyond radio-friendly heavy metal. At the same time, Scooter is quick to note that even though he's grown up considerably since Year Of The Spider, he's still happy to play those tracks live.

"For me, those songs are so important," says Scooter. "It takes me right back to where I was when I wrote [that track]. I don’t know if that’s being too emo, but that’s exactly what it does. The remnants of the things that made those songs possible will always be inside me a little bit."

Stupid Girl was the track a lot of fans associate with Cold, but not many people know it was co-written with Rivers. How did you guys and Rivers become acquaintances, to where you could ask for his input on this song?

Scooter Ward: It was kind of awkward, the way it happened. We were doing Year Of The Spider and we had a couple of parties out in our house. We had some friends from House Of Pain, Cypress Hill, Limp Bizkit, and everybody would just come out and hang out together and do these big barbecues. And a couples times, Rivers would come to the house. He was on the same label at the time -- I believe [Geffen Records president] Jordan Schur invited him over. I was a giant Weezer fan ever since the My Name Jonas days. When I started out, I even wore the guitar strap with the lightning bolt on it. So, Rivers came out to a party or two, and we hung out, and he loved to talk about metal guitars. That was even more intriguing -- I was like, ‘He loves metal stuff so much! He’s talking about it all the time!’

So, I had this song, and all I had was the music to it, and when I wrote it, I thought it sounded like a Weezer riff to me because of the palette board. So, I was sitting there writing the song, and I couldn’t come up with any lyrics or melody to it at all. And I’ve never had that happen in my life -- every time I write, there’s always a melody or lyrics within a short period of time, and I’m like, ‘Huh, this is what the song's about.’ But this time, I just kept going, ‘I have no idea how to sing on this. I don’t know what to do.’ And I was talking with Jordan, and he was like, ‘Well, man, I know you love Rivers, you keep saying it sounds like a Weezer riff. Let me let him hear it and see what he thinks about it. Would you be cool to work on it together?’ I was like, ‘Of course, I would love to work with him.’

It’s funny, because these days, a band like Cold and a band like Weezer occupy very different cultural territories. Did he also hear the Weezer side of things when you played him the riff?

When Rivers started the song, he was like, ‘Yeah, it sounds like Weezer on acid, dude.’ And he goes, ‘It’s a little darker than a Weezer song, but I get where you’re going. Let me have it a couple days and see what I come up with, and then let’s get together and get on this.’ So, he sent me back the lyrics and the melody for the verses, and he also did a chorus. It was the alternate chorus — the ‘She’s going away / What’s wrong with my life today’ section. He had his own chorus written for it, and as soon as I heard it, I was just so enamored that I was working with Weezer and Rivers that I was so ecstatic about it. I loved it.

Were there any moments where, even though you were working with one of your idols, you went with your own instincts over his?

The chorus [Rivers did] was great and amazing, and I still listen to it to this day -- I’ve never let anybody really hear it. But I was like, ‘I need to darken it up a little bit.’ So, on the chorus, it was like, ‘She’s going away / What’s wrong with my life today,’ and that’s really the only part of the lyrics that I had written for that song. He did everything else -- all the verses and the ‘Whoa whoas’, everything else.

What is it about the track that you feel makes it distinctly a Cold song, rather than a Rivers Cuomo or Weezer track?

I honestly think that it was the attack of the vocals, the delivery of the vocals on the verses and the delivery of the chorus, that makes it like that. Plus, we did add more guitars because I really wanted that heavier sound. If Cold plays a chorus, it’s gonna sound like a Cold chorus. I don’t think we really mimic any band; we try to have our own style. A lot of people that hear our music are like, ‘Ah, that’s definitely a Cold song.’ I think that’s the way it’s meant to be played and the way it’s meant to be heard. It is a Cold song at the end of the day, but to me it’s always a Rivers-Cold song.

READ THIS: Weezer's Rivers Cuomo: "I still have the same negative thoughts I had when I started"

What did he think when he heard the final product? Was he into the darker approach?

When I sent it back, everybody was stoked. It was towards the end of the record. We really didn’t think it was gonna end up being the single, though. It was a little different to us than the other Cold songs. We were surprised when the label made it a single. Like any artist, you’re a little proud of the other things on the record, and I was like, ‘I don’t know if Cold fans are gonna like this…’ And at first, half the Cold Army hated it, and half of them loved it. But then, within time, everybody grew to love it. Once the video came out, that kind of sold it all. Everybody was kind of like, ‘It’s a great song to go crazy to at a concert and have fun to.’ And we’ve never really done that before with our music. Everything was Just Got Wicked and No One -- we never had a song that you could just get up and be a little agro with. The song still goes crazy any time we play it at any show or festival. It’s our most played song to date.

Do you get pushback on that song in the modern age? Some of the women I’ve spoken to reacted poorly when I brought the song up, because it feels like an unfair male viewpoint...

To this day I think some people just brush us off because they hear that — the chorus sings, 'Stupid girl' — and granted, that’s not a cool thing to call somebody. We didn’t mean that to happen; that wasn’t what it was about. The irony of it was me, being such a loser and such a piece of shit, singing, ‘What’s wrong with my life today.’ The irony of me saying, ‘Well, she’s a stupid girl for being with me,’ is really all it was about. It really has nothing to do with a boy and girl, or women in particular -- it’s just about me being a villain, basically, and her being not the smartest person for staying with me, which, you could put that in any relationship to anybody. But, yeah, we did have some of that when it came out. Like I said, still to this day some people, from the title, will say that or from the way it’s delivered, which, if they really listened to the song and the lyrics in the chorus, it’s clearly not that.

Cold's The Things We Can't Stop comes out Friday, September 13, via Napalm Records, and is available for pre-order.

The band are currently on tour with Awake For Days and University Drive, so catch them live at one of the following dates:

READ THIS: Only in memes: How Rivers Cuomo became the king of the Internet