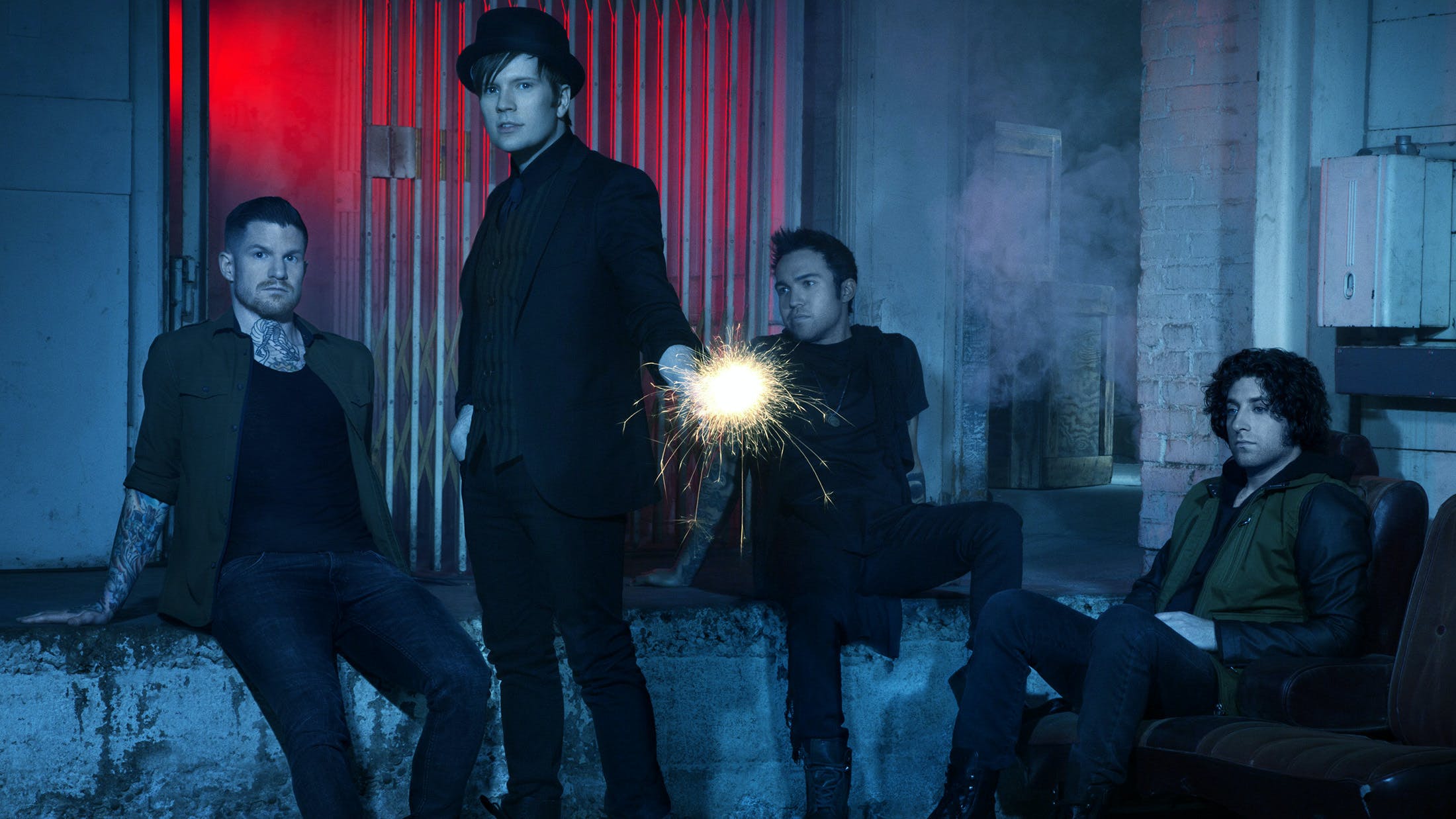 When Fall Out Boy’s Save And Rock And Roll was released in 2013, I – like many of the fans who were around in 2005 – rolled my eyes. I was already mentally checked out by then – eight years after life-changing sophomore album From Under The Cork Tree rocked my tiny 13-year-old mind, Fall Out Boy had changed beyond all recognition. That was how I, a diehard purist, saw it anyway. Where were the verbose lyrics? The emotions? The power chords? Save Rock And Roll, Fall Out Boy’s first album after they took a hiatus after 2008’s Folie À Deux, was a world away from anything they had ever done before, seamlessly blending pop with soul and featuring guest artists from the mainstream world including Elton John and Foxes. Those lyrics were gone, and in their place, I saw nothing for me.

Smash cut to me, six years later, driving with the windows rolled down and warbling along to Elton’s part in title track Save Rock And Roll Save. As a teenager I’d turned my nose up at everything post-Infinity On High, claiming that it just wasn’t for me. I still concede that, no, Fall Out Boy’s stadium-friendly, arena-filling pop isn’t necessarily for me, an adult woman. But I learned to love it all the same, despite actually not bothering to listen to any new Fall Out Boy post-Infinity until mid-2017.

Shortly before M A N I A was released in early 2019, I was still a little bit of an old Fall Out Boy evangelist, but I listened to everything pre-hiatus every single day. There wasn’t much else to listen to that I really loved for various reasons.

Then came M A N I A: an album so completely off-the-wall that it demanded third, fourth, fiftieth listens. I hated it when Young And Menace, its dubstep-inspired first single was released, but unlike with Save Rock And Roll, I didn’t hate it in a way that only begged dismissal: I hated it in a way that begged understanding. I forced my way through the entire album, through sound effects, dubstep, reggae… to find myself absolutely loving it. M A N I A brought me a joy I hadn’t felt in months – pure, undiluted laughter and constant re-listens that annoyed my friends, but brought me back to life.

To celebrate the release of M A N I A in January, Fall Out Boy performed a handful of intimate shows in Europe. I went to three: trekking as far as Berlin to see a band I hadn’t since 2006. It was a small show, and seeing the genuine enjoyment on the band and fans’ faces meant that I couldn’t check out when they played newer music. They played again in March, and this time I brought my 12-year-old sister: decked out in full head-to-toe Fall Out Boy merch, she screamed earnestly to tracks old and new. Seeing her joy, and seeing an arena full of people singing along and waving their lighters to Save Rock And Roll, forced me to see the post-hiatus albums in a different light. This was what they were meant for: for huge crowds, but most of all, for fans the same age I was in 2006.

Elements of M A N I A, Save Rock And Roll, and even 2015’s American Beauty/American Psycho are so ridiculous that they not only beggar belief, but that they completely force the listener to rethink what music is capable of and permitted to do. Fall Out Boy have always been experimental, drawing on elements of different genres to bolster the 'emo' music they were known for. The later albums force you to question who the band were in the first place, and I was a fool to think that that was a bad thing in 2008.

The elements that make old-school emo purists cringe are the same ones that have ensured Fall Out Boy’s longevity. Dabbling in other genres has always brought something new to or emboldened the work of emo artists; for the most famous example, see From First To Last’s Sonny Moore’s dubstep sabbatical as Skrillex. After making himself one of the richest DJs in the world, he returned to emo in 2017 with the From First to Last track Make War. It’s a powerful emo song with guitar, screaming, and references to the dormant scene, but it mixes electronic elements for a fresh sound that Sonny wouldn’t have any understanding of without Skrillex. Daryl Palumbo’s emo power-pop side-project Head Automatica, gave him a breath of fresh air away from Glassjaw. Similarly, Fall Out Boy’s side projects in electronic music, hardcore, pop and soul have brought fresh perspectives to the band. Without an interest in other genres, without branching out, bands are only getting inspiration from the emo echo chamber.

There is no convincing you if you’re a rock purist who’s hated Fall Out Boy from the start. But if, like me, you were sceptical of their direction post-Folie, it’s worth considering that they’ve never been that emo. With their first album, 2003’s Take This To Your Grave, Fall Out Boy took their roots in hardcore to form a pop punk side project. When From Under The Cork Tree was released, they were still putting out their own brand of self-referential, overly literary pop punk, but its coincidental release with the rise of mainstream emo meant that they were marketed alongside other eyelinered bands. On Infinity On High, Fall Out Boy were still considered emo but mocked the scene through their lyrics while remaining at the forefront of it and incorporating elements of soul and rap in the record that already rubbed purists up the wrong way.

Are Save Rock And Roll or M A N I A even emo or rock records? No. Is From Under The Cork Tree? Arguably not, either. But I know now, as I did not when I was a teenager, that it doesn’t matter. What matters is that they both bring me such ridiculous joy, and that they do the very same for people the age that I was when I cried to Cork Tree. Fall Out Boy’s approach to experimentation has been long-dismissed as them betraying the genres they came from, but they reinvented what I thought was even possible with music. Whether or not they were ever truly emo, they in part paved the way for the hybrid artists keeping the genre alive. I regret ever doubting Fall Out Boy or the real, genuine fun that’s possible when you give in and stop thinking quite so much about what makes something real music. Seven years on from Save Rock And Roll's release, and one since M A N I A brought me back to life, I am proud to say I’m a fully reformed Fall Out Boy purist.

Save Rock And RollFall Out Boy

Through the Fall Out Boy Fund, the Chicago pop-punk legends will be donating $100,000 to Everytown For Gun Safety.