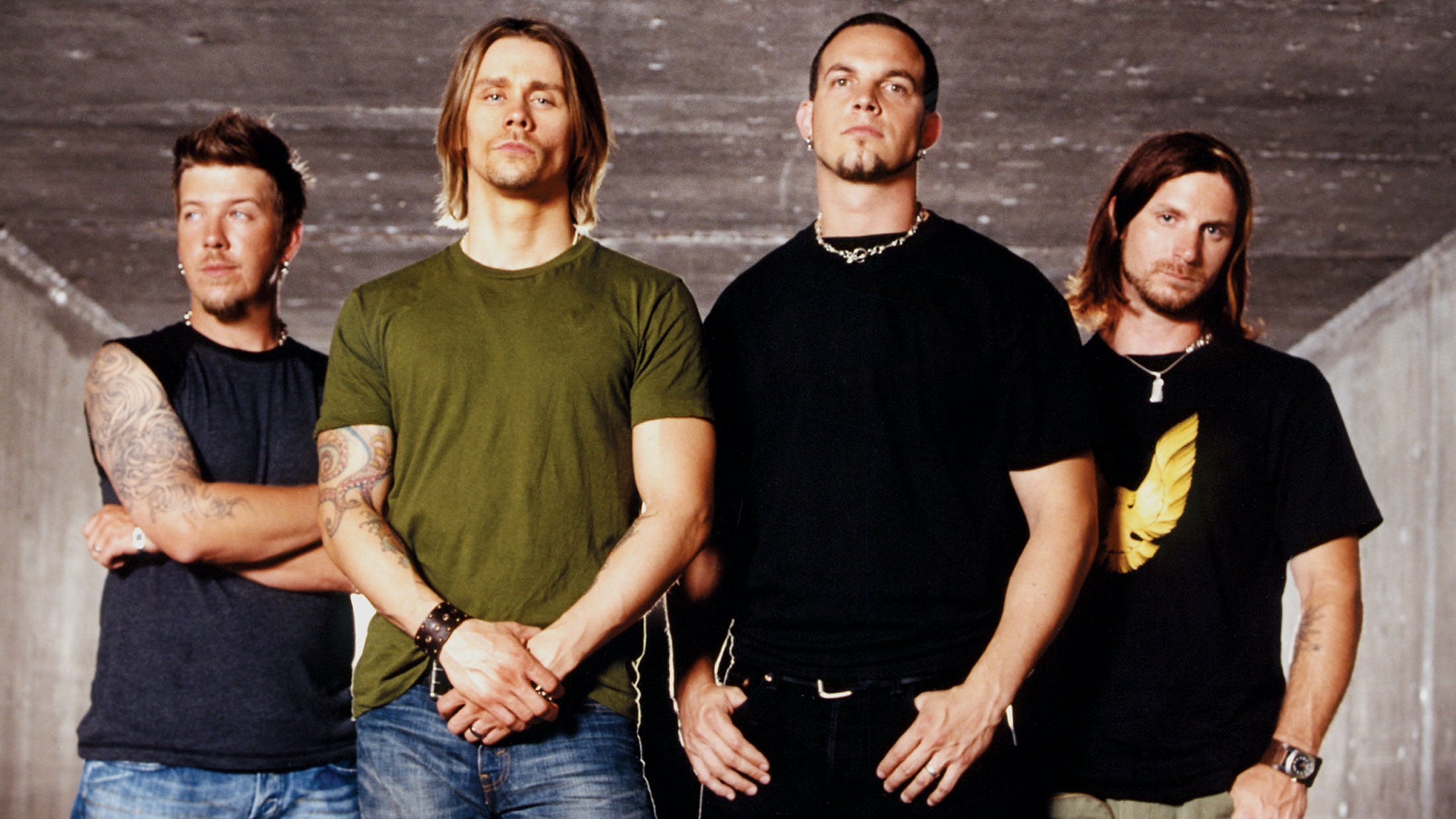 Guitarist Mark Tremonti had already been a part of one of the biggest rock bands of the late-’90s and early 2000s. Creed might have been critically reviled, but they were a huge commercial success with three consecutive multi-platinum albums. By 2003 they’d ground to a halt, but three-quarters of the primary line-up – Mark, drummer Scott Phillips and bassist Brian Marshall – went on to form a new band called Alter Bridge, along with newly-recruited singer Myles Kennedy.

One of their best and most recognisable songs emerged from the early writing sessions for their 2004 debut album One Day Remains. Metalingus was never released as a single but became a fan-favourite thanks to its live energy, massive riff and the fact that WWE Superstar Edge adopted it as his theme song.

Here, the guitarist tells us how Metalingus became one of their signature tracks, and how it got that goofy name…

“At that point we were starting to move away from what we’d done with Creed. We wanted to show our growth but on the first record [One Day Remains] there were definitely some similarities to what we’d done before. We didn’t want those Creed comparisons, so it was really on the second record Blackbird that we really started to branch out and develop Alter Bridge’s sound.

“In terms of actually writing the song, it started with the riff and we just built it from there. It’s so long ago it’s hard to remember the exact process, but I know we had that main riff and built the whole song around that. The verse and the bridge are pretty similar so it really is that riff that drives the song. I think it just took us a day or two to finish it up.

“One of the main things I remember is when we were writing the record we had a board where we had the songs we were working on written down, as well as the songs that were finished. When the song was finished we still didn’t have a name for it, but I just went up to the board and wrote ‘Metalingus’. It just came to me out of the blue as I was walking to the board – it was originally going to be a place-holder until we came up with a real title. Then the record label came down and we were going through the songs. We explained it was a working title and they went, ‘No, no, that’s got to be the name of the song, it’s great.’ It’s a song with those metallic elements I guess, but there no real thought went into that title. It just popped into my head but I’m glad it did. It’s one of the most beloved songs with our fans.

“Myles wrote the lyrics. We kinda throw melodies out there during rehearsals, and then once the arrangements and the vague vocal melodies are in place, that’s when he in this case will take them away and come back with more polished lyrics for the vocal tracking. The lyrics are basically about overcoming stuff and moving forward. Being a bigger person and getting stronger from whatever it is you’ve been through. We do discuss the lyrics as a band. A lot of times me and Myles will go off on press trips so we’ll have to discuss the same song a hundred times! We might still have our own interpretations sometimes, though.

“I think people latched onto this song in particular probably because of its energy. When we play it live it always goes over very well and it’s a great crowd-interaction type of song. It also got a lot of exposure when the wrestler Edge used it as his theme song. That got us a lot of attention and I think it’s still Alter Bridge’s top streamed song. I remember meeting Edge. It might have been at a Metallica show but he was a fan of Alter Bridge and he asked if he could use one of our songs as an intro. We said, ‘Absolutely man, it would be an honour,’ and it’s worked out great. I’ve seen a lot of countdowns for the best wrestling theme songs and Metalingus has won a bunch of them.

“I still think it’s a great song and it’s always good to see it on the setlist. The last festivals we did, we used it to end the show and it always gets a great reaction. It brings us back to our roots as a band and it’s a fun song to play. It’s not long and drawn out; it has that energy I spoke about. It’s quick and to the point, it has that big rock energy and I never get tired of playing it.”