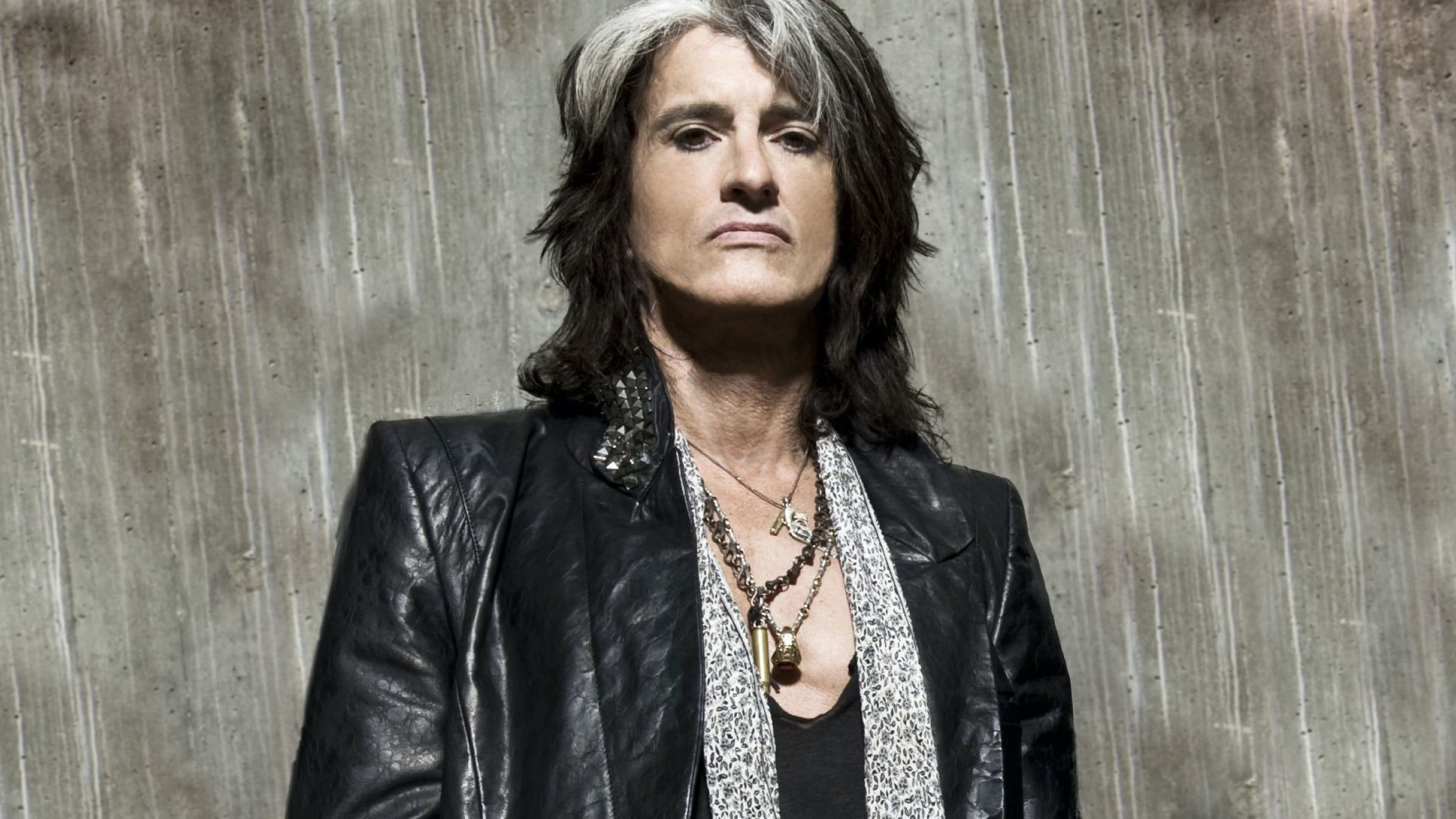 In Malcolm Gladwell’s 2008 book, Outliers: The Story Of Success, the author contends that “you need to have practiced, to have apprenticed, for 10,000 hours before you get good.”

One man who cements this theory is Aerosmith’s Joe Perry. The guitarist – winner of the Inspiration Award at the Kerrang! Awards 2018 – began playing at age 10 and hasn’t stopped for the last 60 years or so, performing on over 20 studio albums either as a solo artist or with his bands Aerosmith, The Joe Perry Project and Hollywood Vampires, the supergroup featuring Alice Cooper and Johnny Depp. Aerosmith alone have sold 150 million albums, and it’s in no small part down to Joe’s expressive style.

“I tried playing piano and the clarinet for about a month, but there was something about the guitar that felt comfortable,” he says. “I wasn’t what you’d call an achiever in school, so there was always a battle; I’d be in my room supposedly doing my homework, but my parents would hear me playing my guitar.”

He was drawn to the idea of playing the instrument as child, thanks in part, to his Portuguese uncle, who’d let him play on his homemade cavaquinho, a four-stringed “ukulele thing” which was brought out at family gatherings.

After badgering his parents to part their cash for an acoustic guitar – an electric model would have to wait, due to its “juvenile delinquent image”, he remembers – Joe booked some guitar lessons with a man who lived nearby, but passed away before the aspiring musician could attend the second tutorial.

“He said I should start with the basics and started pulling out all this classical music,” he says of his only formal lesson. “Looking back, it would have been good to have that background, but I wanted to make the sounds I was hearing on the radio. So I played along to the radio and got a couple of Mel Bay books to learn the chords and I taught myself that way.

“I discovered rock’n’roll on the radio,” he continues. “I was able to play along to some of the songs. I was a sponge and listened to the different ways people were playing guitar. When I got older, the British Invasion was starting to get into full swing, and I was really attracted to the music those cats were playing, and learned a lot from them.”

After saving his money from a variety of odd jobs, Joe bought, with a little help from his parents, his first electric guitar a few years later – a Guild Starfire IV – and eventually formed the bluesy The Jam Band with bassist Tom Hamilton. Along the way, they recruited Steven Tyler, Brad Whitford and Joey Kramer and released Aerosmith’s self-titled debut in 1973, featuring Dream On and Mama Kin, with Joe inspiring a new generation of guitarists, including James Hetfield, Slash and pretty much anyone who moved to LA in the ‘80s to pursue their rock dreams.

Aerosmith’s incredible success over the past five decades hasn’t dulled his thirst for further fret education and he looks to a variety of music to rouse him to this day.

“I still listen to any kind of music,” he explains. “Jack White is a really inventive guitar player, and there’s electronic music that’s popular now and I’m influenced by a lot of the sounds they make and try to emulate some of those; it’s inspiring.”

So how many guitars does a rock icon have in his possession then? It turns out that his passion for collecting has, at the last count, amassed around 300-400 different models. Although he doesn’t actually know…

“It’s hard to say how many I have,” he ponders. “I’m in the process of unloading some of them because they’re just sitting there; if I can get rid of them, they’ll find their way into somebody’s hands who’ll actually play them. I don’t have the time to get through them all!”

He does, however, have a particular favourite: the Billie guitar, named after his wife, Billie Perry, who he married in 1985.

“It’s a Gibson ES-335, which has her image painted on it,” he says. “When I went to Gibson for a particular guitar, I knew I wanted to have one with the most space on it for the artwork, and it turned out to be the B.B. King Lucille model. It’s great-sounding, and I have it out on the road with me all the time.”

So what advice does this guitar hero have for anyone setting out on a six-string adventure?

“It’s about the guitar finding you,” he says. “Stick with it. There’s a learning curve on any instrument. It’s not that painful, stretching to get some of the chords. You’ve got to build up your callouses, too. My fingers hurt for weeks, when I first started to play, but if you’ve got the drive to get through that, you’re on your way.”

Pay attention to what Joe Perry says, people – the man’s been at this guitar-playing business for well over 10,000 hours.