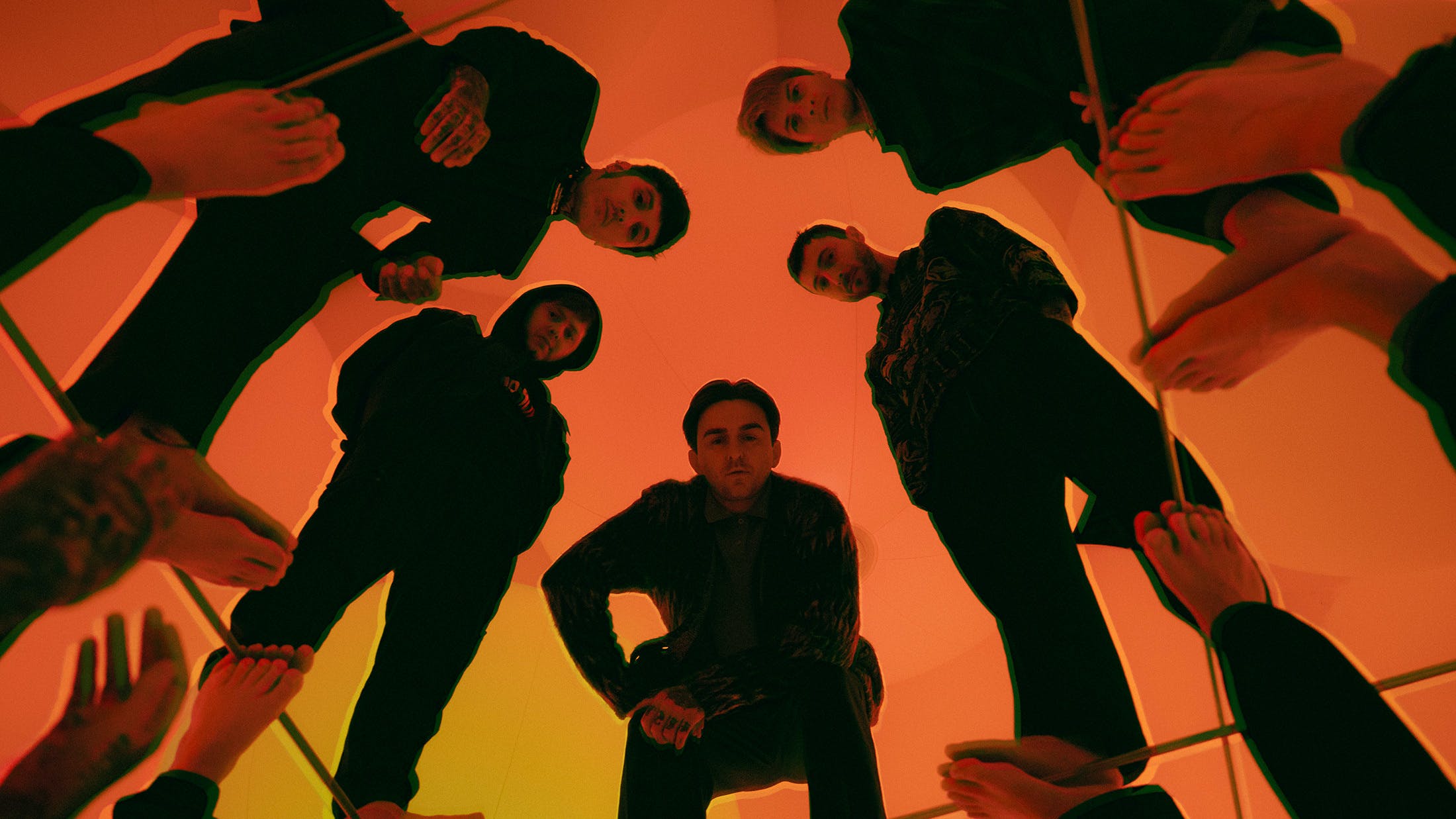 It's no secret that Bring Me The Horizon have a lot of new music coming, with Jordan Fish revealing in August that the Sheffield titans are working on “four different kinda EPs with different vibes”. And with the first release falling under the categories of “angry” and “rocky”, it's no wonder that the musician has revealed he still looks to nu-metal legends Linkin Park as an influence.

Speaking to NME to celebrate the upcoming 20th anniversary of Linkin Park's iconic debut Hybrid Theory, Jordan explains that he sees Chester Bennington and co.'s music as the bar to aim for – especially considering the crossover between both bands, and their genre-defying tendencies.

“Even with the record we’re doing right now, we still reference them,” he says. “They’re one of those bands that I always have in the back of my mind when we’re thinking about where a song should go next. It’s the Bible for heavy, catchy music that combines electronic and pop music, which is our brief. They just covered so much ground and did it with such class on that album.”

Read this: What Bring Me The Horizon taught me about Linkin Park’s legacy

Jordan adds that Linkin Park's first effort is “the ultimate combination of rock music with electronics, hip-hop and pop-influences”, putting it alongside White Pony by Deftones as the album that impacted him most.

Speaking to Kerrang! in June about what else is inspiring Bring Me The Horizon musically when it comes to new material, frontman Oli Sykes explained: “I’m always looking for ways to illustrate something, whether it’s vocally or musically; not as a gimmick, but as a new way to process something. What I’m most inspired by is that nothing is typical. Ten years ago a hit for a popular artist was very easy to gauge – even if you couldn’t write a song, you knew what kind of song would be popular. There was a formula then, but that’s out of the window now. Whether it’s Billie Eilish, Lizzo or the next popstar, it feels to me that honesty and being genuine is what makes someone successful nowadays. There’s a lot of bullshit in the world, but it’s anyone’s game now and it never used to be like that. It’s almost influenced me to be myself a bit more than I was being, realising that what Bring Me The Horizon do is special and we shouldn’t lose everything, we should always retain what made us special in the first place and not always try to push forward and be different.”

Of course, Oli was one of many special guests at the Chester Bennington tribute show in 2017, Linkin Park & Friends. Skip to 1:34 to see him perform Crawling with the band and Zedd:

Linkin ParkBring Me The Horizon