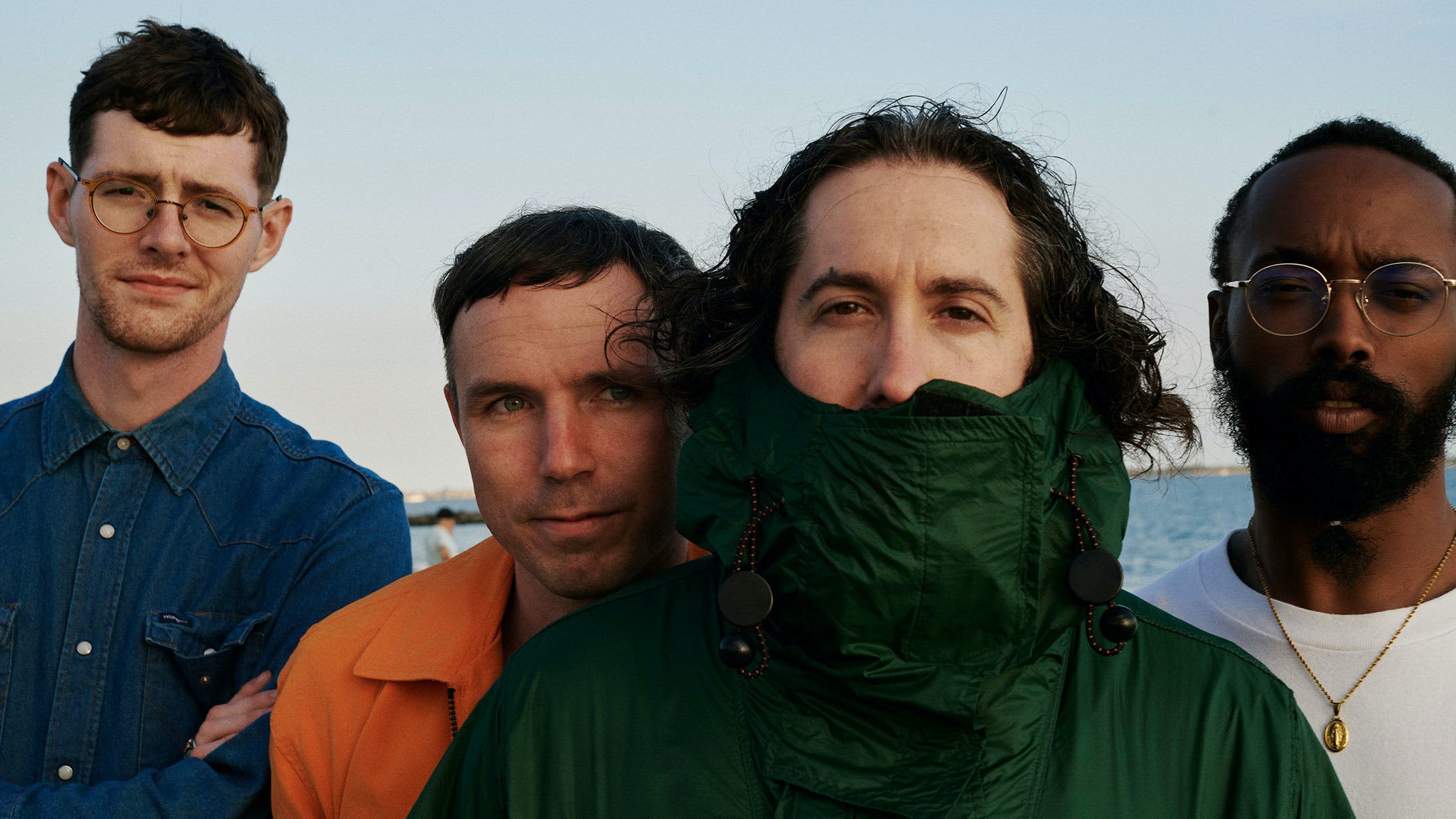 Domenic Palermo is hungover as hell. It’s just after 1pm on a Friday and the NOTHING frontman – who tends to go by Nicky – is at home in New York’s East Village. The night before he had a few friends, including Jesus Piece vocalist and NOTHING bassist Aaron Heard, over and they drank a bit too much. Now, the afternoon after, Nicky has made them a special joint to keep the kind-of-party going. They’ve been waiting until after this interview to light it up, but he insists they can go ahead without him. Kerrang! insists he can do the same if he wants, but Nicky doesn’t think that would be a very good idea.

“I’m definitely not talking to you while high,” he chuckles. “This thing is like an apocalyptic bomb – the joint is dipped in hash oil then dipped in kief, and just the thought of smoking that thing gives me anxiety.”

Despite that – and the epic hangover, and the state of the world, and the trademark blend of pessimism/cynicism/not-quite-nihilism that runs through the 10 songs of NOTHING's stunning new album, The Great Dismal – Nicky is in good spirits. At least, he is today.

“This past roll-out,” he begins, talking about life since the album was announced back on September 11 – which, besides being the anniversary of, well, you know, just so happens to be his birthday. “I’m so up and down, I haven’t really been on medicine that I normally take, so I’m kind of loopy. It’s bipolar shit – like, I wake up and I’m hella energetic and I want to work, and then today, like, I just don’t give a fuck about anything right now. I don’t know what the fuck is up with me, but that’s how it is with me right now.”

He’s not being entirely truthful. One thing that is the fuck up with him, that he knows all too well, is that he hasn’t been taking the medication that he usually does. And that’s clearly been having something of an effect on him, especially because of the shitshow state that the world has found itself in 2020.

“My Medicaid cut off,” he explains, then pauses. "All this stuff is just getting harder and harder to navigate now, and I fear if Trump wins again, I don’t know what the fuck I’m going to do. The money’s going to stop soon, there’s a whole lot to question going into the future, and it’s kind of frightening to be honest.”

He pauses for a split second with perfect comic timing.

“We gotta discover robbing banks. That’s something I always wanted to do. And if I get caught I just go back to prison and run the remainder of this life out there.”

He’s joking about robbing banks, but not about going back to prison. Nicky’s tumultuous, drama-riddled existence to date – serving two years in prison in the early 2000s after stabbing somebody in a rival hardcore crew during an altercation, being brutally beaten up and injured in 2015 after playing a gig in Oakland, leaving the label that was meant to put out the band’s second record because it was part-owned by pharma bro/drug-price-gouging douchebag Martin Shkreli, being diagnosed with degenerative brain disease CTE (Chronic Traumatic Encephalopathy) a few years later, to name four big life events – has been well-documented enough to not need a detailed recap here. Besides, it’s all stuff that fed, to varying degrees, into the band’s first three albums – 2014’s Guilty Of Everything, 2016’s Tired Of Tomorrow and 2018’s Dance On The Blacktop – and helped the Philadelphia/New York band, Nicky in particular, gain their miserablist reputation. With The Great Dismal, however, it’s no longer just about him and his life and how fucked up they are. It’s about how fucked up everything is, while at the same time casting an eye back over the past decade of his life in the band, and what he considers to be the shortcomings of those first three records.

"My goal with NOTHING was always to just deal with this past that I have that I never really properly dealt with,” he says. “I had this naïve thought that I’d be able to do that and get everything onto an album and just be done with it, but that wasn’t necessarily the case. I brought a lot of other things to light on Guilty Of Everything, and shined light on a lot of other things I kept buried in myself, so I didn’t really accomplish what I was trying to do. I’d shined light on situations that led me to some of the trouble I’d been in, the time that I had to spend when I was away, and then coming home [from prison], readjusting and watching my life crumble in front of me.

"I never really gave it the time that it needed on Guilty Of Everything, so while I got it all out, I didn’t really give it the nurturing that it needed. Essentially I was just bombing down a hallway popping doors open, not really looking inside at anything I was opening. So I never really got that feeling of completion from any of these records: it’s still this lingering black cloud that followed me around and I didn’t understand why.”

Once he started writing the songs, however, the album took on a life of its own, and took him to places he hadn’t even imagined – specifically a black hole called Messier 87 that’s over 53 million light years away from Earth, which is also the first black hole that scientists have ever been able to take a photograph of. It's kind of ironic, given that the album title takes after something much closer to home, namely a swamp in the south of the USA. As Nicky – an existential guy at the best (and worst) of times, no doubt a large reason he didn’t want to smoke that joint during this interview – explains, the scope of this fourth record was never mean to be so epic. It just ended up that way.

That might sound like a dreary, pessimistic and, yes, nihilistic worldview, but that’s kind of missing the point. Because although Nicky has suffered his share of trauma and tragedy in his life and thinks that the winter is going to see more of the same, especially among musicians and artists whose livelihoods have been decimated by the pandemic (“I have a real keen eye for this kind of shit,” he says. “I know tragedy, I know disaster and it’s on the horizon. This winter is going to be really rough and we’re going to lose more people guaranteed and there’s nothing we can do about it”), he doesn’t plan on going anywhere.

“I’m here,” he says defiantly. “I’m not going to kill myself. If I was going to do that it would have happened a while ago. I’m here, so while I’m here I write about the things that I’m feeling and stuff. And you know, I smile, man. I’m not like this cynical miserable person because I think this way. I still get up out of bed every morning. I walk around, I eat, I do things, I write a fucking record. That doesn’t take away from the fact that I can think what I want to think about this existence, and I think it’s a really absurd joke. So what do you do? You laugh.”

Album Review: NOTHING – The Great Dismal

Just what 2020 needed – NOTHING's misery soaked shoegaze, inspired by staring at a photo of a black hole...

"I Wasn’t Scared Of Anybody, I Stood My Ground… Even If It Got Me Beat Up Again"

NOTHING frontman Domenic Palermo talks crime, punishment and leaving the past in the past…