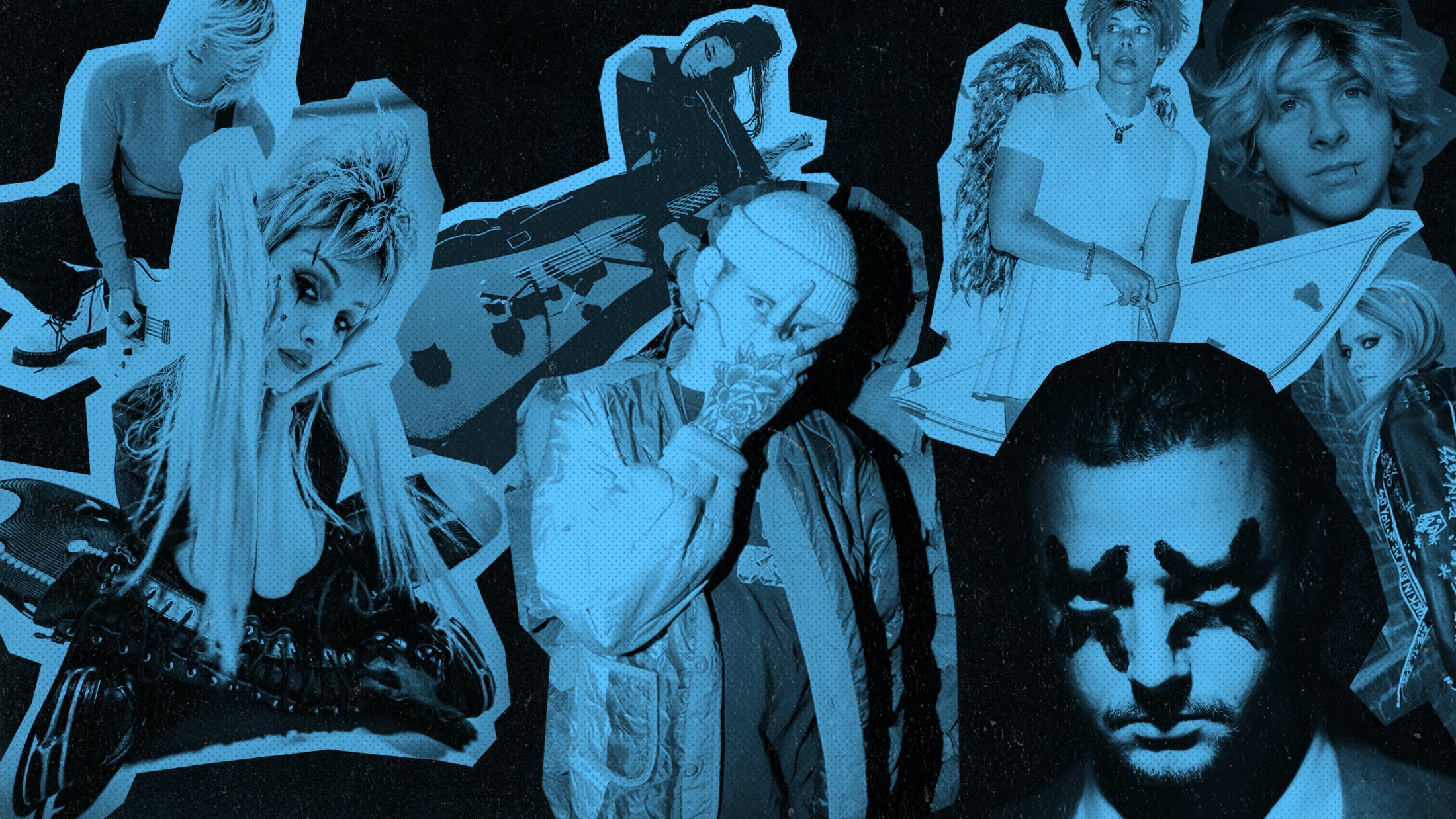 How many people does it take to create a song? Four? Five? Nine, in the case of Slipknot? Throughout history, ever since our ancestors in caves started banging rocks together and discovered it sounded good, making music has frequently been a communal experience – whether you’re looking at orchestras creating grandiose symphonies, or the traditional four-piece crafting catchy chart-toppers. Back in the day, if rock or metal was your bag, it’s likely that most of your record collection would have been the work of bands rather than soloists. The set-up of the vocalist, guitarist, bassist and drummer – beyond variations featuring rhythm guitarists, keyboardists and unclean vocalists – has long been our bread and butter.

However, in recent years, there’s been something of a sea change. Although the concept of the singular rock star has never been totally alien (Avril Lavigne broke into the mainstream almost 20 years ago with debut Let Go), the dominance that bands have held over the genre perhaps more strongly than any other may be starting to break down. More and more solo artists are bursting onto the scene, often commandeering the kind of notoriety and mainstream-baiting attention that any hungry young band would dream of.

YUNGBLUD headlined London's 5,000-capacity O2 Academy Brixton with only one album to his name. Like him or not, Machine Gun Kelly released one of the most talked-about LPs in 2020 with Tickets To My Downfall, and has hardly remained out of the headlines ever since. grandson has blurred the lines between rock'n'roll and SoundCloud rap. KennyHoopla, WILLOW and NOAHFINNCE are beginning to make tremendous waves. Indeed, the presence of these artists, with their methods of production and fresh new ideas, has informed and altered the shape of rock in 2021 in a genuinely radical fashion.

But why is this shift happening? One of the most important factors has undoubtedly been down to technology. “You don’t need to go to a rehearsal space with people to make rock music in 2021,” asserts Joe Mulherin, better known as the emo-rap star nothing,nowhere. “You don’t need to lug around huge guitar amps and a drum set. All you need is a laptop.” It no longer feels mandatory to rope in some mates to form a band with, who might not have the same commitment and ambition to taking music seriously. Indeed, it’s not unusual for us rock fans – especially as we’re growing up – to not know anyone who likes our favourite genres. When you can be your own band in the way that a decent laptop and the right interface allows, there’s no longer a need to scour every corner of the internet for likeminded people.

There’s going to be the odd purist who will stick their nose up at this and start to mourn the death of ‘real instruments’. In reality, however, this way of making music isn’t threatening the existence of the meaty riffs and thunderous drums we all know and love. Most of these new solo stars do play instruments – primarily guitars. However, the ability to make music on a laptop in a bedroom is empowering and accessible, even democratising, considering it eliminates the costs of hiring a professional studio to record in. Rock has always held its DIY ethos close to its chest, and perhaps making music like this is just another way of channeling those ideals, albeit one that has evolved with the times.

It's evolved and shaped the sound of the music this new generation of rock stars is producing, too. While guitars are no less present, the capacity to add beats or electronics has enabled these musicians to chip away at the boundaries of genre, creating sounds that reach beyond a certain scene or demographic. “I rarely meet anyone who only listens to one type of music,” continues Joe. “I think everyone listens to everything now.” In the streaming era it’s easier than ever to broaden your music taste as far as you can imagine, and, in turn, today’s creatives are making music for an increasingly open-minded audience. It makes it all the more refreshing for a scene that is sometimes stereotyped for being elitist.

While this accessibility has further attracted solo artists' devout followings (just look at the enthusiasm of YUNGBLUD’s Black Hearts Club), the industry has also considered them enticing propositions for other reasons. “I think that people can better identify with or relate to one person’s story,” says Jordan Benjamin, otherwise known as grandson. “I think the four-piece band story has been told a bunch of times.”

Even with industry cynicism aside, it’s hard to deny that we latch onto the personalities of the people who are making the songs we love as much as their music itself, and the marketing personnel behind the scenes capitalise on this. There’s a financial incentive as well: a solo artist’s music is cheaper to produce than a full band set-up, and sometimes, they can be a safer investment for other reasons. “I know that A&R and record labels ask themselves [when signing new artists]: ‘Is this band going to implode one day? Is there a ton of volatility? Is there substance abuse? Does the frontman have a hot head and could he get himself cancelled one day?’” grandson explains. “With solo artists, there are a few less variables to account for.”

What could the future of rock look like, then, with more solo artists are on the scene? Countless names have proved that going it alone is doable and profitable, and they may well be making themselves into the role models for the future generations of DIY bedroom rock stars.

It’s all too possible that an influx of these musicians may come as a positive byproduct of, well, the last year-and-a-half. Cassyette certainly thinks so: “People have been able to get really creative over the last two years because we’ve been locked in, not able to do anything,” she says. “Before lockdown, music was getting a little dry for my liking. Now there’s so many awesome people coming through and now I’m discovering new music all the time. I feel like I’m adding more to my playlist now than I ever have.”

“I think in the short term, we will absolutely see more solo artists,” agrees grandson. That said, the phenomenon is unlikely to completely kill off bands, and chances are there will be as many musicians who will want to make music with their friends in a more traditional format as those who want to push boundaries and go solo.

“When everybody is a solo artist, somebody [else] is going to throw a middle finger up and come out with a six-piece band,” he continues. “And then that will be the cool, exciting thing that everybody tries to emulate until another solo artist comes along. I don’t think there’s only one way to do it, but there’s a million reasons to justify being a solo artist.”

Listen to nothing,nowhere and Pete Wentz team up on new single CYAN1DE, which the Fall Out Boy man says “reminds me of the first heavy music I got into”.