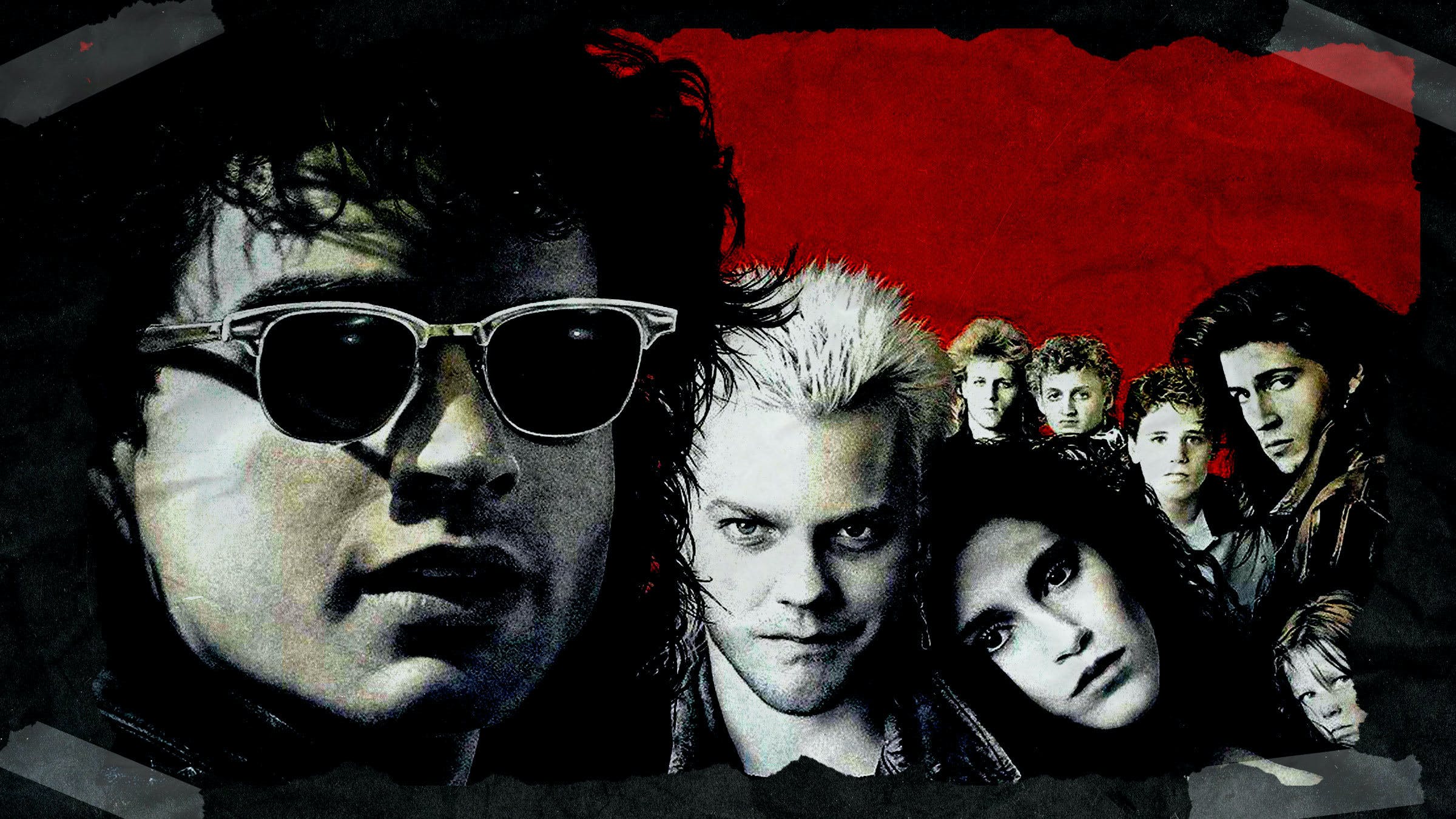 For people in the 1980s trying to understand goth – a dark offshoot of punk immersed in morbidity, despondency, and sexual freedom – the obvious 'in' was vampires. The beautiful, shadowy figures behind the emerging genre, as well as widespread designer drug addiction within the art scene and the mounting AIDS epidemic, made the idea of staying young forever at a terrible cost seem relatable. As such, the ‘80s saw a boom in interesting mainstream vampire movies – 1983’s stark The Hunger, 1985’s campy throwback Fright Night, and 1987’s gritty highway drama Near Dark. Each had its own flavour defined by its soundtrack, filled with music that examined the decade's blossoming nocturnal lifestyles.

For those who haven’t seen it, The Lost Boys is the story of Michael and Sam Emerson (Jason Patric and Corey Haim, respectively), two brothers who, due to their parents’ divorce, are stuck living with their grandpa in the seaside town of Santa Carla. Santa Carla’s boardwalk is inhabited by a rainbow of punks, bikers, and outcasts, including Star (Jami Gertz), a beautiful young woman who entrances Michael. Unfortunately, Star is part of a gang of black-clad jewellery-wearing young men led by David (Kiefer Sutherland), who brings Michael into the fold only to reveal that he and his friends are – you guessed it – vampires. Once Michael drinks a bit of David’s blood during a sexy rite of passage and starts flying at night, it’s up to Sam and his newfound friends the Frog Brothers (Corey Feldman and Jamison Newlander) to save Michael and rid Santa Carla of its undead menace.

The Lost Boys wasn’t necessarily the first ‘80s vampire film to revel in goth’s outsider status, or the one that went the hardest. That's most certainly 1983’s The Hunger, starring David Bowie and Susan Sarandon and opening with footage of Bauhaus performing Bela Lugosi’s Dead. But what makes The Hunger strong is what also keeps it perpetually under the radar of your average movie fan: the cinematography is harsh, the narrative is nontraditional, and the vampire lore is reinterpreted to be more frightening and real. It’s a movie by goths, for goths, dwelling in the darkest corner of the genre's subconscious. Watching Bowie in severe age make-up killing a little girl was just too drastic for your everyday fan in '83.

What sets The Lost Boys apart is that its vampires are hot teenagers. David and his gang are the kind of street urchins that were the subject of every rock song on the charts at the time – a group of dudes in ragtag clothes, living in a derelict hotel under the boardwalk, taking revenge on anyone who would dare mess with them. At the same time, these kids aren’t your typical new wavers, dressed in varying shades of the day’s musical countercultures. There’s Marco (Alex Winter, better known as Bill of Bill & Ted) dressed like a glam carny; Paul, the Sunset Strip hair metal kid; and Dwayne, the romantic Draculean biker.

Most notable, though, is Sutherland’s David, whose spiky blond hair, high-collared black duster, and dangling earring scream late-80s goth. David’s pitch-black look is the infectious one in the movie, spreading to Michael in the form of shades, a leather jacket, and blatant homoeroticism. It was a pretty deafening statement to audiences that when your kid wears all black and shuns the light, he might've become an undead monster (and a bisexual one at that).

An even greater display of The Lost Boys bringing goth and pop together is its soundtrack. Even the cheesier songs on the album have a darkness at their core: Lou Gramm’s Lost In The Shadows is a glorified hair metal track, but the lyrics to its singalong chorus ('Say hello to the night! / Lost in the shadows') give it an edgy vampiric feel. Echo & The Bunnymen's cover of The Doors' People Are Strange is recognisable and catchy, but sounds like it's being performed by ghosts in a haunted amusement park. Tim Cappello’s I Still Believe is full of twinkling synths and bawdy sax (and is performed in the movie’s most infamous scene, where an oiled Cappello thrusts at the crowd), but it still has a dark, throbbing bassline that suggests the life of a loner.

Capello's scene also speaks to goth's outsider status in the hard rock- and heavy metal-inundated world of the '80s. The crowd at Tim's beachfront concert is full of headbanging metalheads, fist-pumping punks, and swaying hippies... but it's only when Michael wanders away from the show, following Star to the dark edges of the boardwalk, that he meets the pale kids in black.

But of the songs on the Lost Boys soundtrack, it’s Gerard McMann’s Cry, Little Sister - Theme From Lost Boys that best represented the film. Its mixture of echoing electronica, sexual heat, and religious children’s chorus are what not only made it the movie's most important song, but also turned it into a radio hit, eventually leading to the track being covered by Marilyn Manson.

'But does this count as real goth?' purists might ask. 'Where’s the lace, and the industrial beat, and the lyrics about Percy Shelley becoming a cyborg in the Paris sewers?' And the answer is, well, yes, The Lost Boys and its soundtrack are definitely a mainstream understanding of goth culture. They served as a gateway to the genre more than anything, illustrating the sex appeal of death rock and how goth overtones could make pop tunes more exciting. But its presentation of these elements in a film that won over millions while still bringing the old-school vampire horror makes it uniquely situated to draw both entrenched goths and uninitiated fans under one leathery wing.

Like all good things that make money, The Lost Boys soon became a confused franchise. The film spawned several direct-to-video sequels, director Joel Schumacher went on to make the two most reviled Batman movies in the character's history, and vampire cinema became the realm of sparkly teen heartthrobs and nameless action movie monsters. But with this film, the underground’s most flamboyant and often misunderstood genre was given a chance to soar into the homes of everyday audiences. It might have taken a campier shape than most true goths would've liked, but as any vampire will tell you, sometimes you have to put on a pretty face to get your victims close enough to bite.