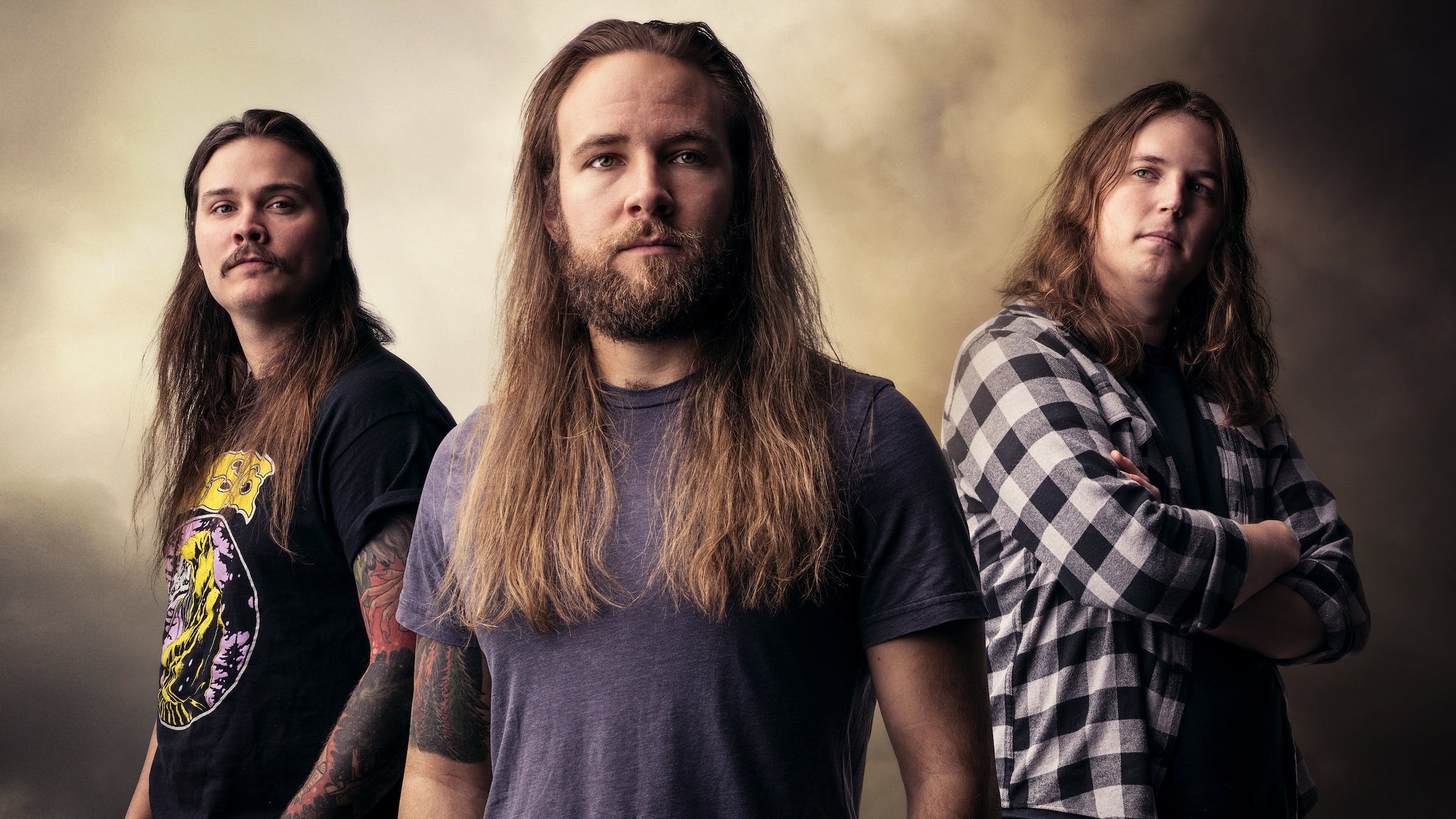 Any metal band can sound huge, but Howling Giant do so without getting a big head about it. The Nashville, Tennessee-based trio of college buddies certainly go far out, their songs powered by a winning combination of redwood-thick riffs, ecclesiastic vocals, punchy drums and gospel keyboards, that reminds one of a blacklight poster involving third eye. And yet, none of these elements are overdone or shoved down the listeners' throats, staying relatable even as they loom and thunder. That the band write their songs about their Dungeons & Dragons campaigns makes perfect sense: this is music of epic gravity, as explored by everyday dudes.

Howling Giant's new album, The Space Between Worlds, is chock full of this endearing dichotomy. Sure, the record's a blast, echoing with mid-paced jams about ghosts, chasms, and interstellar travel with no sense of winking irony. At the same time, the band's sound remains stripped down even when drenched with reverb, and their lyrics are so earnest in their ambitious nerdiness that they distinctly lack cheese or kitsch value. At the end of the day, Howling Giant have made the kind of record that's to be taken deeply seriously in part because it doesn't insist that you do.

READ THIS: Ruby The Hatchet is the heavy psych band you need to know right now

According to drummer/singer Zach Wheeler, "For our first full-length album, we wanted to include all the elements our fans have come to know and love about this band while adding some spice to the gumbo. In the last few years of touring, we picked up tips and tricks from friends and other bands that inspired us, and recording in our own studio let us to take our time with the songwriting and gave us room to experiment with lots of different ideas. The album came together with a heavy focus on melodic vocals and groove-based songwriting that we couldn't be more proud to share!"

Listen to our exclusive premiere of Howling Giant's The Space Between Worlds below:

Howling Giant's The Space Between Worlds comes out this Friday, September 27, via Blues Funeral Records, and is available for preorder.

Make sure to catch the band live at one of the following dates:

READ THIS: Philadelphia is the last bastion of American rock's snotty edge