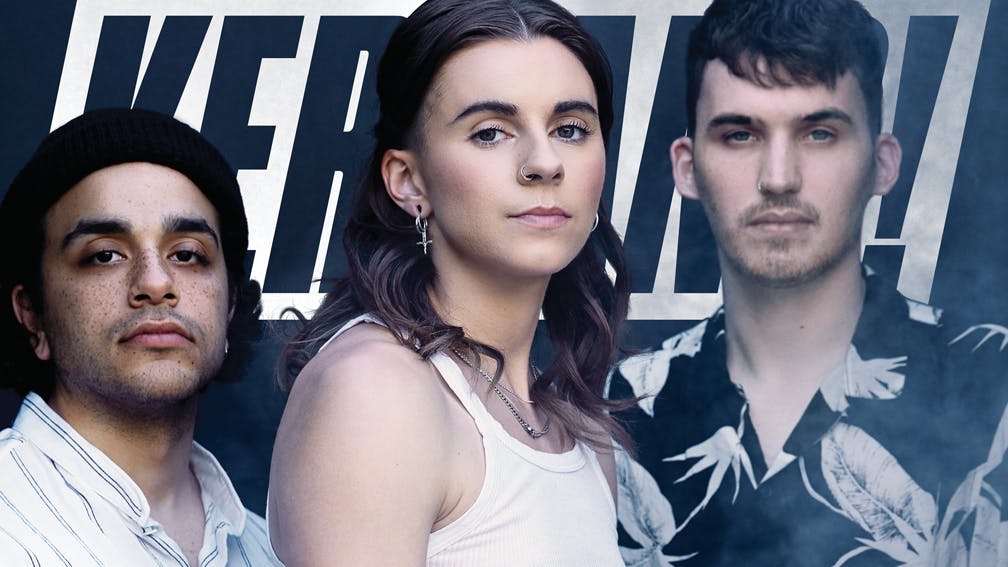 Last year, the thought of stepping out onstage filled Lynn Gunn with such dread that she wondered if she ever wanted to put herself through the stress of doing it again. And yet last week, PVRIS returned to open up their next chapter with Death Of Me. To say the past 12 months have been a journey would be quite the understatement…

Plus, there's also an exclusive PVRIS art print – which Lynn Gunn put together herself, just for you. She’s very nice like that, you see. Thanks, Lynn!

Elsewhere in the mag: We count down the 25 best thrash albums ever – from Metallica, Slayer, Megadeth and more - as voted for by you; Volbeat frontman Michael Poulsen takes us inside the songs that changed his life; Chris Shiflett details his journey from punk kid to Foo Fighters star; and mysterious Poles Batushka make black metal religious again.

In the reviews section, Swedish military-metallers Sabaton deliver wartime remembrance on gung-ho ninth album, while Torche deliver dark thoughts and deep grooves on their fifth LP. On the live front, do Rammstein have the greatest metal stadium show ever? Fuck ja! On top of that, Andy Black shoots to thrill at his biggest UK solo show to date, and Salem hardcore icons Converge reaffirm their might in Manchester.

There's also 10 Kerrang! Hall Of Fame posters, too, featuring Green Day, Paramore, Marilyn Manson, blink-182, HIM, Fall Out Boy, Korn, System Of A Down, Sum 41 and Rage Against The Machine.

All this and more is available in the new issue of Kerrang!, which you can get anywhere in the world through Kerrang.Newsstand.co.uk. But for UK residents, it hits the shops on Wednesday, July 17 from all good newsagents.