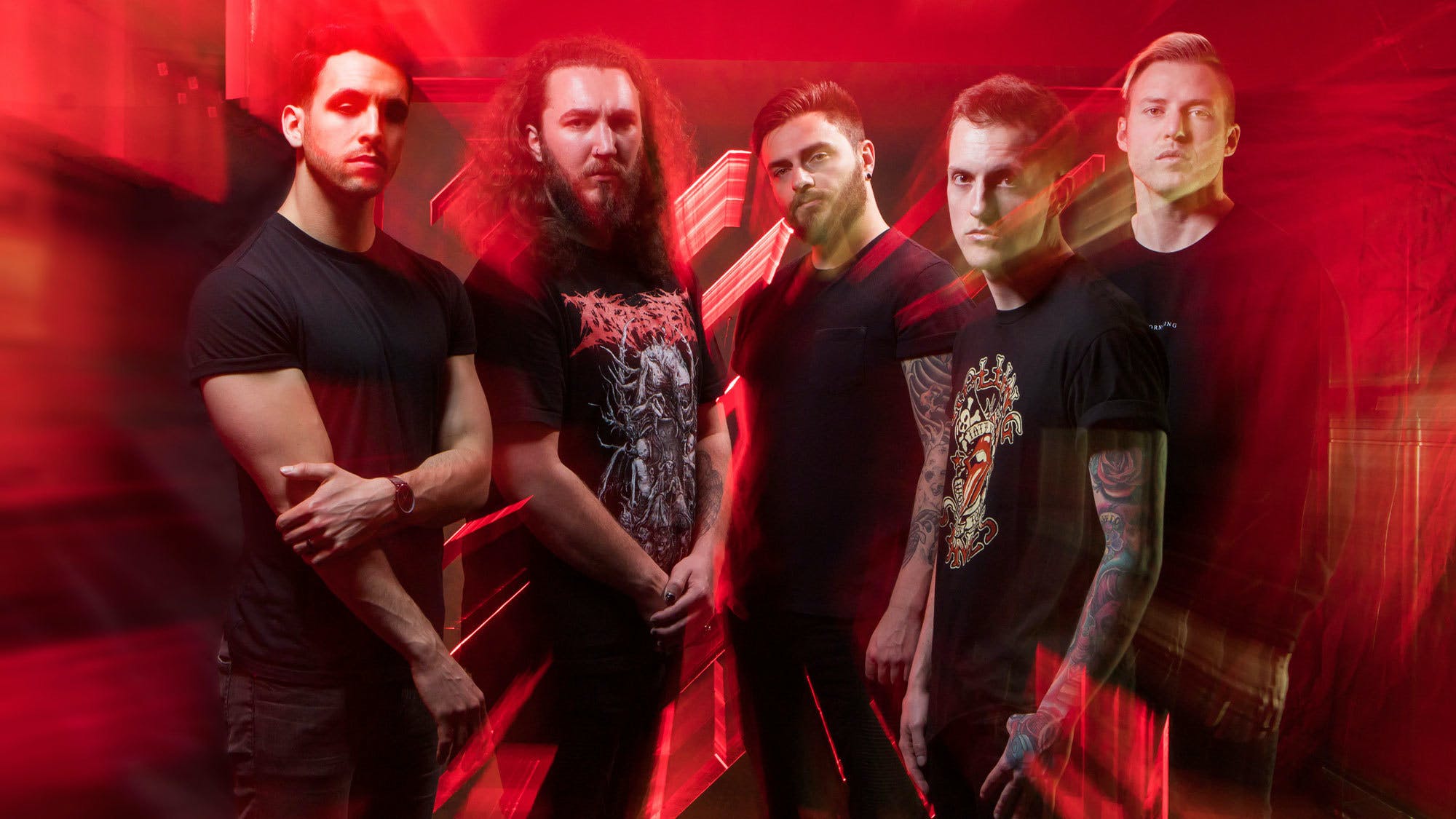 Rising metalcore gang I Prevail have just announced a massive 2020 UK headline tour that will see them performing at the biggest rooms they’ve ever played on our shores.

Having made the jump from 500-capacity venues back in 2017 to places that hold over 2,000 by the time this tour rolls around, the band have ridden the wave of success of their acclaimed second album Trauma. We caught up with an ecstatic Eric Vanlerberghe while they were on the road in the States with Issues and Justin Stone, where they’re seeing their profile grow almost from show to show…

How does it feel to be coming back to even bigger UK venues, Eric?
“It’s surreal! It still hasn’t hit me yet, and I’m not sure that it will until we get over there and see these rooms we’re going to be playing in. That’s usually a, ‘Holy shit, this is actually happening’ moment! The Electric Ballroom show made me want to come back right away – once we walked offstage I was upset because I knew we had to keep moving, so I’m so excited to be coming back.”

Do you feel that you have a special relationship with your UK fans?
“It almost feels like another home for us – and especially in London. I’m thousands of miles away from home, but when you get to the shows and you talk to people and they share stories with us about how they connect to your music, you can’t help but feel a connection. It doesn’t matter where in the world you are.”

You also played Download Festival in June. Was that a real moment for you?
“Yeah, a really muddy moment (laughs). I remember making a joke and shouting out, ‘Who’s seen us before?’ then, ‘Who’s seeing us for the first time?’ and then, ‘Who’s ready for the next band and wants us to hurry up?!’ I don’t think anybody seriously raised their hand saying they wanted us to hurry, and having all these people stood in the mud still so excited to see us made me feel something that’s quite hard to describe. It was great, and surreal.”

What should people coming out to these 2020 headline shows expect?
“Anyone who’s missed out on seeing us so far will be happy to know we’ll be bringing exactly the same energy to the stages, but coming back with more production for these bigger rooms. Basically, just expect to have a great fucking time! We’ll be trying to top any show you ever saw us play before, and when we get to March we may well be subbing in a few songs that we have yet to play from Trauma, so it could be your first chance to hear songs we’ve never played live before.”

Can you remember the toughest crowd you’ve ever had to win over?
“It was our second tour – us, Santa Cruz and Amaranthe. Amaranthe’s fans tended to be middle-aged adults, and I felt like every time we went out there the whole front row was people wearing DragonForce or Soilwork shirts, and I’d think, ‘Yeah, this isn’t going to be easy!’ But those were the shows I’d end up climbing up the rafters. People would walk away going, ‘Okay, I expected them to just come out and play some songs, but they were those crazy motherfuckers hanging off the fucking ceiling!’”

What’s the hardest band you’ve ever had to follow?
“Definitely Wage War. They’re just super talented, and all of them are incredible writers and musicians. Watching them every night from the side of the stage very much felt like someone going, ‘Yeah, follow that buddy!’ But we always want to bring out bands that put on an energetic show and that challenge us to be just as good or better.”

In all of your years of touring, what’s the strangest venue you’ve ever played?
“It was a skate park in Tampa, Florida, on our first tour. The park itself is outside and then they have what’s basically a garage with small speakers hanging from the ceiling and with a tiny stage. Then there was this show in Arizona where half the speakers didn’t work, and shit-shows like that in the beginning would stress us out – worrying whether we’d be able to put on as good a show for our fans. Nowadays if the kids are coming to the shows we have to find a way to make them memorable, and not just because it was a rinky-dink venue. We want to make it a case of, ‘Holy shit, do you remember the time I Prevail played that venue?’ – no matter what we’re dealing with.”

You’re arguably the current ‘breakthrough’ band in your genre. How do you view the scene that you’re a part of?
“I feel like a lot of people are saying that rock’s dead, and a lot of people are saying it’s alive but we need to keep playing the same old songs. I look around and there are more than a handful of bands that are not forgetting their rock or metal roots but they’re trying new things, and that’s exciting to me. That’s exactly what’s going to keep this genre alive, and I think by the end of this year and the beginning of next year you’re going to see a rise of these hybrid bands. I think it’s about time that this new genre emerged, and people are going to have to start accepting that.”

Do you aspire to hit even bigger venues when you follow up your March tour?
“Fingers crossed, man. I never want it to stop, and I know everyone in this band has the same mentality: to hustle. It can always get bigger and better, and I’m hoping we’ll have a couple more fans every time we come back, and maybe be able to afford to bring bigger bands out with us and bigger production.”

Can you see yourselves headlining arenas one day?
“Without sounding too cocky, I hope one day! To do an arena tour – whether it was in the States or overseas – would literally be a dream come true.”

I Prevail's latest album Trauma is out now via Fearless. They are touring the UK and Ireland in March 2020 – get your tickets now.

I Prevail: “Thirty years from now when we’re all 60, we want to still be doing this for a living”

As I Prevail approach their 10th anniversary as a band in 2023, the Michigan metalcore gang have spectacularly risen into a genuine force in heavy music. With the physical release of latest album True Power on the way, and shows at the likes of London’s O2 Academy Brixton lined up, this is their brilliant story (so far).