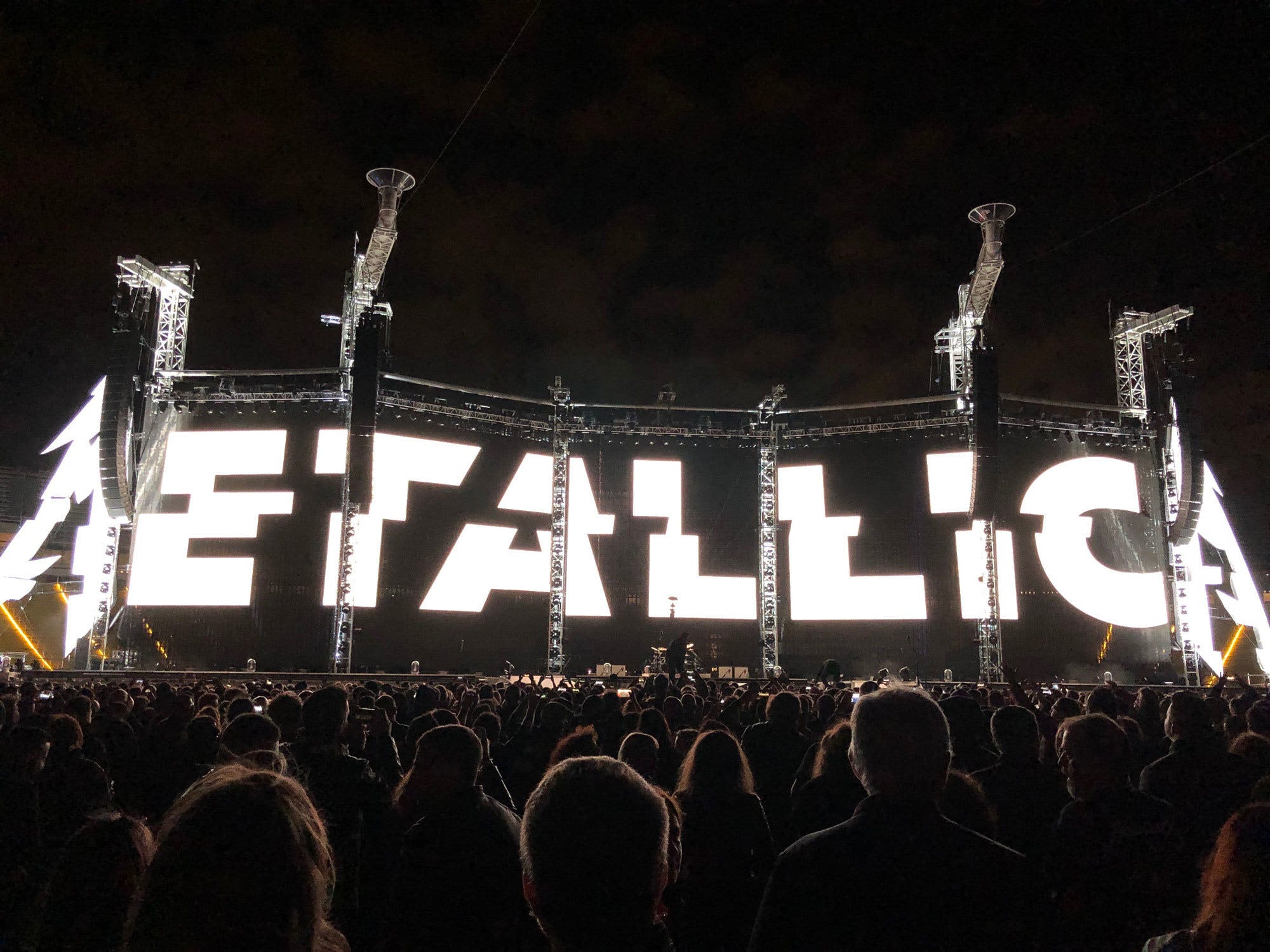 My 31-year love of Metallica has been well-documented on this website and in the pages of Kerrang! magazine.

It all started with a cassette featuring Master Of Puppets on Side A and Ride The Lightning on the other. This was at least two decades before file sharing. This flagrant disregard for copyright laws took effort and my life was forever changed by such acts of teenage criminal activity.

This weekend, I was assigned the task of traveling to Barcelona on May 5 to interview the band and watch them on the current leg of their WorldWired tour. As good a time as any to break out the shorts and give my withered legs their first taste of vitamin D since 2018.

Over the years, I’ve watched Metallica perform in theatres, ice rinks, arenas and vast fields, both at home and overseas. But in a stadium? Never, not unless you count their appearance at the Freddie Mercury Tribute Concert for AIDS Awareness at the old Wembley Stadium in 1992. But that was on television.

Tonight’s show will be held at Estadi Olímpic Lluís Companys, a stadium set in a park on Montjuïc, a hill overlooking the gigantic port of Barcelona. Such a beautiful horizon, like a jewel in the sun.

Originally built in 1927 and intended for the city’s International Exposition two years later, the stadium hosted the 1992 Olympics, athletics meetings, rugby, football and many large scale concerts, including Muse, Coldplay, Beyoncé, U2, The Rolling Stones, The Police, Bruce Springsteen and Bon Jovi.

Metallica themselves have performed in this very venue in 1991 on a bill featuring AC/DC and Tesla. Here, 28 years later, the band are back, very much on their own terms.

A team of road crew and construction workers have been working around the clock to assemble the stage, backed by five gigantic screens, giving fans in the furthest reaches of the 60,000 capacity venue a chance to get up close and personal with the four-piece.

Outside, there are myriad trucks provided by British company Transam, who’ve served the live music industry for over 40 years. Flight cases are everywhere – one marked ‘Huge Balls’, another ‘More Balls’ – housing guitars, basses, drum heads and pretty much anything you can think of.

Outside, many fans begin to assemble in the early hours of the afternoon. It’s a sea of black metal shirts, battle vests and flags from across the world: Union flags, Polish flags, Chilean flags, Argentinian flags and Catalan’s distinctive yellow and red striped flag, named the Senyera. More often than not, they’ve been enhanced with Metallica’s iconic logo, the ‘Scary Guy’ doodle and messages to the band.

Later that afternoon, the main entrance gates are opened and fans pile down the yellow-edged concrete steps into the main auditorium in order to get to an optimum viewpoint.

Deep in the stadium’s main grandstand, it’s a hive of activity. People dart around, armed with walkie talkies and finalise arrangements for this evening’s entertainment.

The band are whisked through the stadium’s perimeter gates in people carriers with blacked-out windows and are dropped off inside the building and are taken to their dressing rooms. Shortly after, they attend a meet and greet with fans who’ve opted for the top tier fan package, The ‘Dream No More’ Experience.

There are many rooms set off to the left of a long tunnel inside the grandstand, which if you follow the arrows, will take you behind the stage. Each room has a specific function: dressing rooms, catering, a tuning room, and a room which appears to stock all manner of emergency items, including clothing and toiletries. And there’s very friendly security at every turn.

In between interviews with the magazine, the band meet with representatives from two organisations, homeless charity Calor en la Noche and housing association Iguales en Acción. Thanks to the band’s All Within My Hands Foundation, both will receive cheques totalling €50,000, raised from ticket sales for tonight’s performance.

The sun suddenly disappears – possibly out of respect for metal – as AC/DC’s It's A Long Way To The Top (If You Wanna Rock 'n' Roll) cranks out from the speakers. The stage lights dip at clips from Sergio Leone’s 1966 classic The Good, The Bad and The Ugly appear across the five screens, accompanied by Ennio Morricone’s The Ecstasy of Gold.

Tonight marks Metallica’s 10th appearance in the Spanish city, their first being in 1987 at the Sports Palace and some 15 months since their arena show at Palau Sant Jordi. The roar that erupts from the fans is deafening.

The set cherrypicks highlights from their 36-year recording career, including several surprises, including the gloriously heavy The Thing That Should Not Be, Ride The Lightning's titular track and St. Anger highlight Frantic.

While an impressive fireworks display follows Enter Sandman, and provides an explosive ending to the show, a huge group of construction workers – whose bright orange Metallica crew shirts and hard hats give them a Doozer-like appearance – assemble behind the stage and prepare for a long night of dismantling the stage. It'll be hours until it's packed away into the many trucks, and will begin a 620-mile drive up through France and onto Milan, where they’ll play at the San Siro Hippodrome.

Got a ticket for this leg of the tour? You’re in for a hell of an evening.