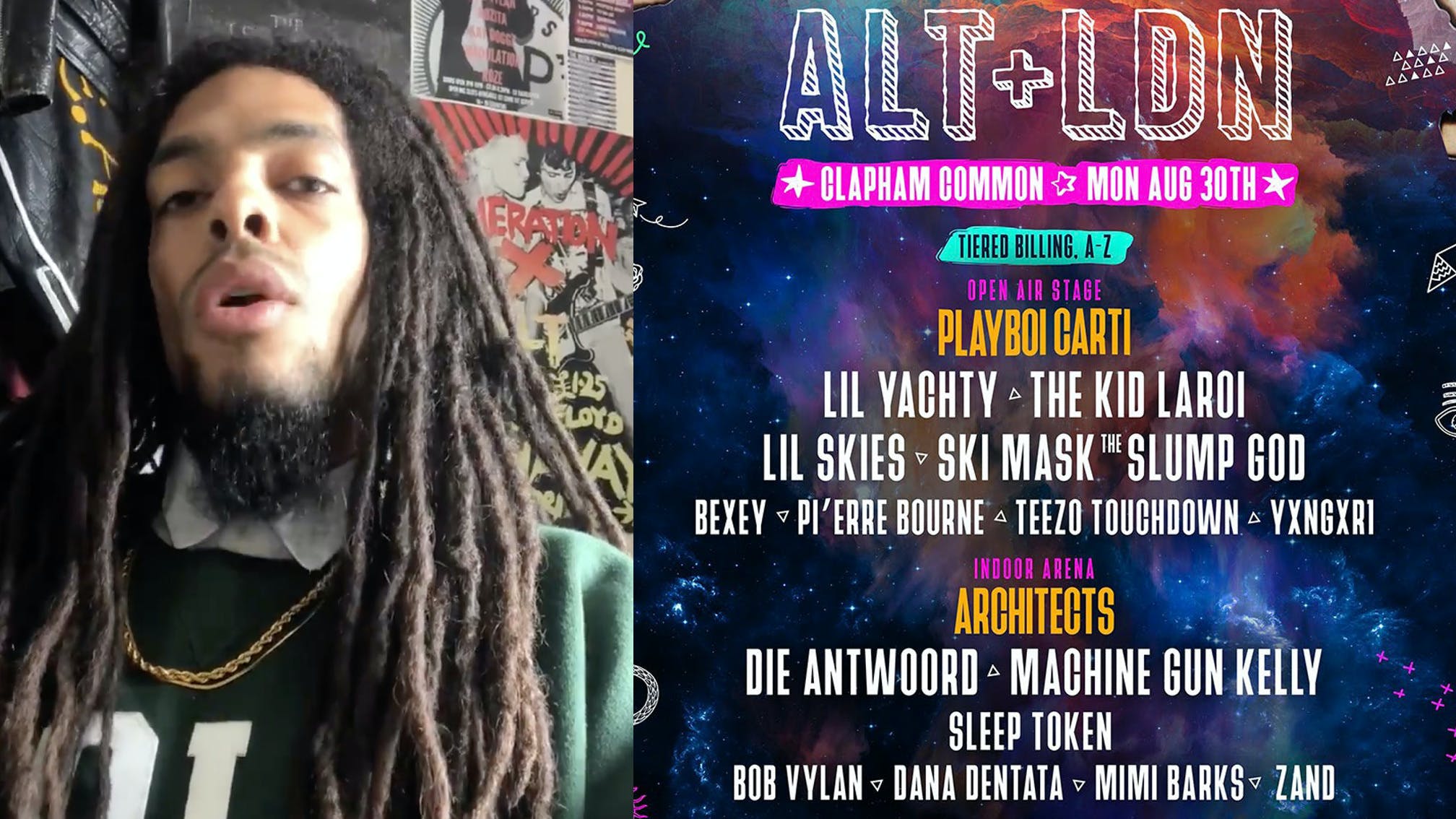 Updated story (May 7): Die Antwoord will not be performing at ALT+LDN in the summer.

A short statement reads: "Die Antwoord are no longer appearing at ALT+LDN, by mutual agreement."

See the new poster for the festival below:

Original story (May 6): Several artists on the line-up for recently-announced London event ALT+LDN have called on the festival to remove Die Antwoord from the bill due to alleged abuse.

The South African hip-hop act were previously removed from other bills such as Riot Fest and Life Is Beautiful in 2019, with Bob Vylan and ZAND now calling for the same at this year's UK all-dayer.

“So, some of you may know we are scheduled to play at a festival called ALT+LDN this summer, and on that same festival is a group called Die Antwoord," says Bob Vylan's Bobby in a new video. "Now, I’m not extremely familiar with their music, but that’s neither here nor there, because I am familiar and I’m becoming more familiar with their history of abuse towards young people, towards vulnerable people, towards gay people, and people of colour.

“Now, needless to say, I’m not fucking thrilled that this band is on the same festival as us; I’m less thrilled that they’re on the same fucking stage as us. But, of course, I have no say over who gets booked for this festival, so looking for things that I can do is becoming challenging. Now, what I can do is ask publicly for ALT+LDN to remove Die Antwoord from this festival, and from this line-up, which is what I’m doing here, now.

“Thank you ZAND for making me more aware of their history of abuse, which I’m learning more and more on – unfortunately there doesn’t seem to be an end to it. But I’m publicly asking for ALT+LDN to remove Die Antwoord from the bill, and if not, I and other acts I’m sure will protest their presence with our presence, and make it extremely fucking uncomfortable for them to be there, I can guarantee that. Peace.”

ZAND shared on Instagram: "As grateful as I am for this insane opportunity and to be playing amongst a line-up packed with so many talented and iconic artists, it must be said. I do not feel comfortable at all with a certain band playing this festival due to their long history of abuse. Having a safe space for victims and all people should be a priority to all of us and in this instance because it is not, I will not allow my stance on this to come off as complacent by not addressing what needs to be addressed.

"Every other artist on this bill: let’s get it."

Architects frontman Sam Carter also responded to Bobby Vylan that, "We're reaching out with you."

Die Antwoord have denied allegations in the past. Kerrang! has reached out to ALT+LDN for comment.

Stay tuned for more news when we have it.