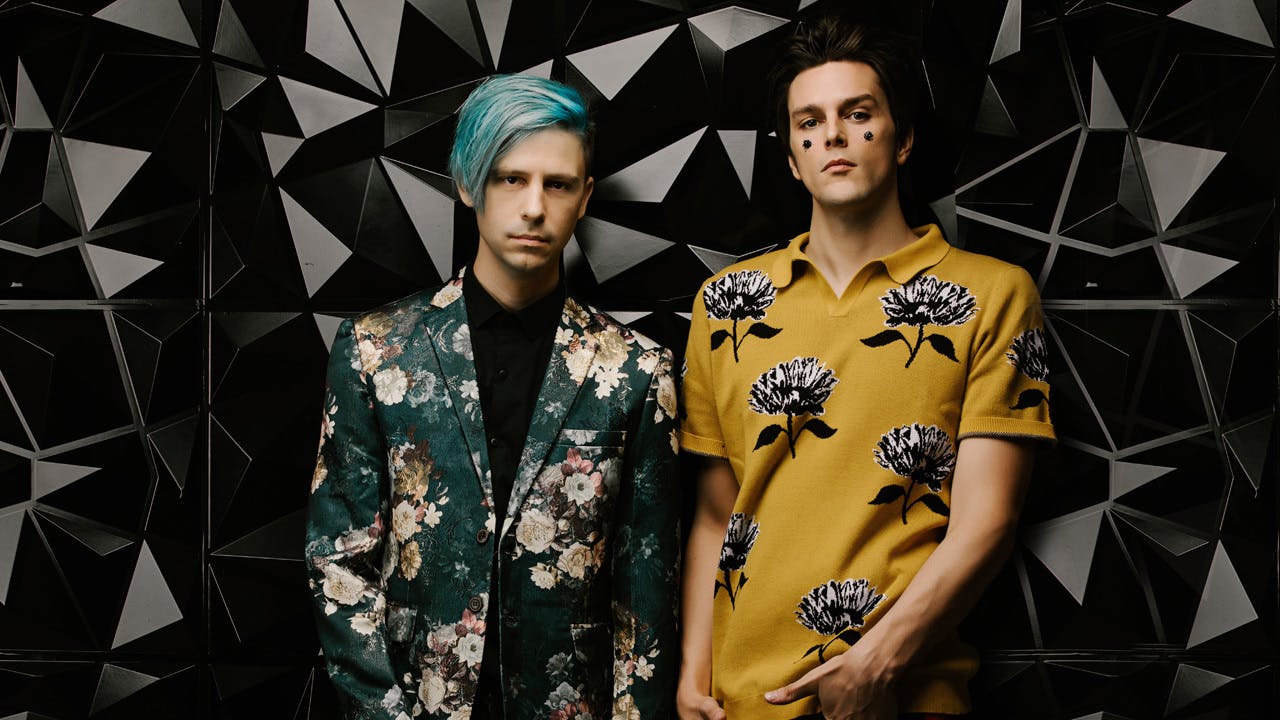 I Don't Know How But They Found Me (also known as iDKHOW) have released a new video for Choke, taken from their debut EP 1981 Extended Play.

iDKHOW released the single last year when they announced their signing to Fearless Records, and now there's an official video to match.

The band haven't provided any words to accompany the video, although there is a somewhat cryptic description on YouTube:

"Pop Time Live was a short-lived music television program that aired briefly in Eastern Europe in the early 1980s," reads the post. "The show, and its producers, had hoped to capitalize on the then popular ‘Italo Disco’ movement, but audiences found its lack of authenticity objectionable."

iDKHOW is the brainchild of former Panic! At The Disco bassist Dallon Weekes and drummer Ryan Seaman. They play Slam Dunk festival in the UK on May 25 in Leeds and May 26 in Hatfield.