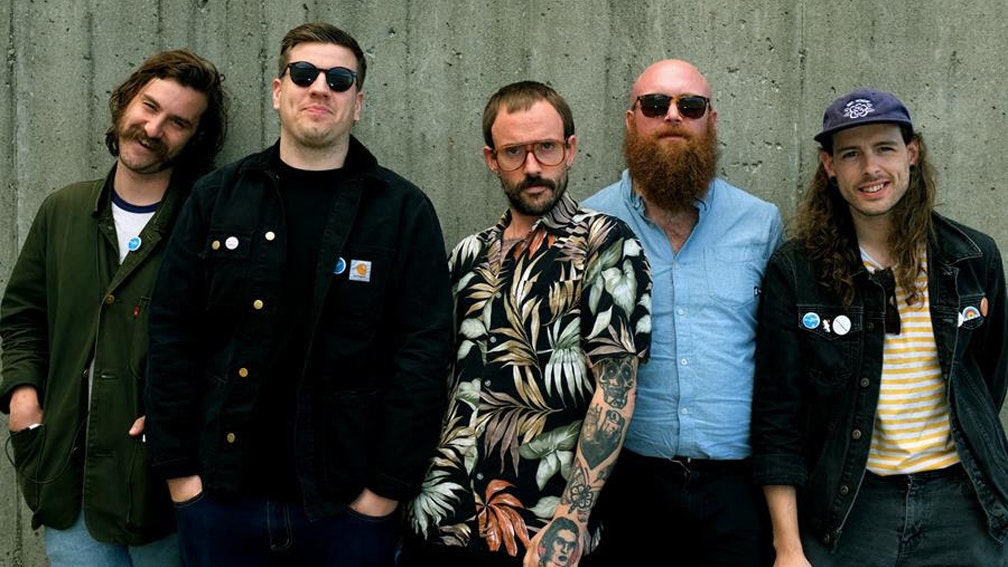 The group – who scooped the Best British Breakthrough Act at last Wednesday's epic K! Awards – will be hitting Glasgow, Manchester, Leeds and London at the end of the month, with tickets going on sale this Friday (June 28) at 9:30am BST.

On top of that, if you want to head along to their gig in the capital but don't live anywhere nearby, IDLES have teamed up with Big Green Coach to provide return services from Bristol, Bournemouth, Reading, Southampton and Swindon. Ace.

When Kerrang! caught up with vocalist Joe Talbot surrounding the release of the band's latest Joy As An Act Of Resistance album, the frontman explained of their live shows:

"Magic. It’s powerful. The audience and us together make something great. I love it and it’s a great feeling. What we’re trying to do is create a safe space. Hopefully the way we treat each other on stage encourages people. We’ve never had to kick anyone out. It’s what we’re aiming for."

He also added of their Top Five album and if things were any different in the IDLES camp these days:

"I don’t how it’s changed things, because we’ve been so fucking busy. I don’t know if it’s changed at all. I hope it has. The one thing it has changed is our optimism. It’s made me feel like there’s a lot of people who’ll go out of their way to support us, which is the best feeling in the world. That’s one thing I’ll take from that."

Watch the video for IDLES' new single The Beachland Ballroom – the "most important song" on their upcoming album Crawler, according to vocalist Joe Talbot.