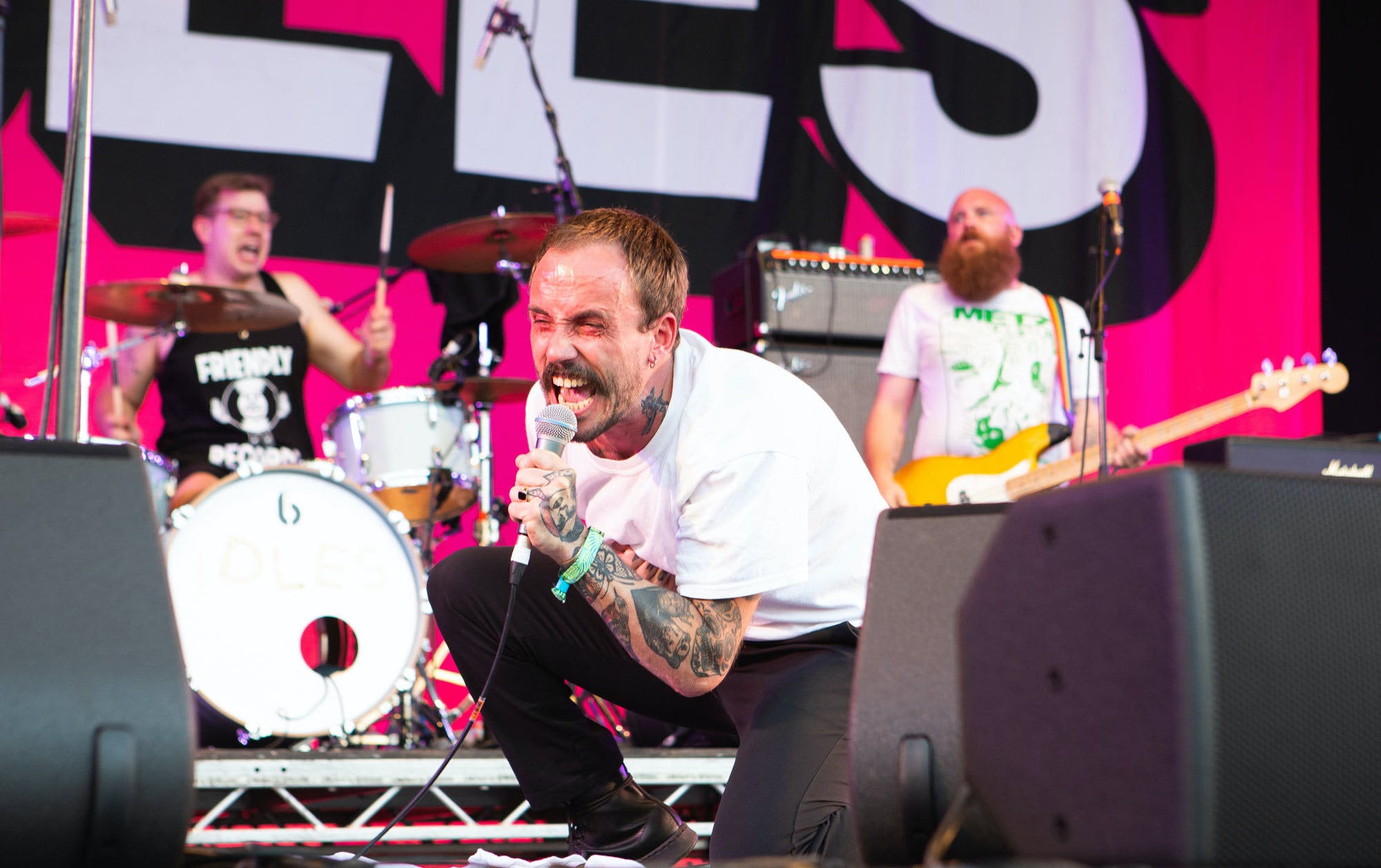 IDLES frontman Joe Talbot has announced that they'll be travelling across the UK throughout February and March for an In Conversation tour.

Joe will be "discussing all things music, life and IDLES" as well as answering fan questions at these dates, which kick off in Manchester on February 13 and finish up in Birmingham on March 12. The vocalist will be joined by Creation label boss Alan McGee, Clint Boon and more.

The news of Joe's tour follows his December announcement that the follow-up to 2018’s Joy As An Act Of Resistance was being mixed at the end of last year by Kenny Beats in Los Angeles.

“We’ve got a new album it’s being mixed right now in your city actually,” Joe said. “The producers we’ve got is Nick Launay and Adam ‘Atom’ Greenspan and we’ve got another guy… I don’t know if I’m supposed to mention him. Kenny Beats. I’m gonna get in so much trouble, man.”

“I didn’t know what to do – I didn’t have anything else,” Joe replied.

“Now my information about my career isn’t even safe,” joked Kenny. “Let me just say, though, IDLES are the best band in the whole world. That’s what I said to them. I think this is a good lesson for anybody else who is pigeonholed or pushed into doing what they do best and only that. I heard IDLES and was like, ‘This is all I want to work on; this is all I want to do. These guys are the best.’ I got into their DMs and told them that and luckily we got to meet, and the proof is in the pudding. I care so much and I think they can tell. It has nothing to do with anybody knowing we’re working together, or money, or anything. I love what they’re doing I want to be a part so now everyone knows I’m a part of it.”

Amazing. Be sure to ask Joe allllllll about the new record if you go to see him on tour. (And then let us know what he says, obvs.)

Read this next: Strength in unity: Why IDLES will never give up the fight

Catch Joe Talbot at the following:

Watch IDLES’ intense performance of The Wheel on Jimmy Fallon