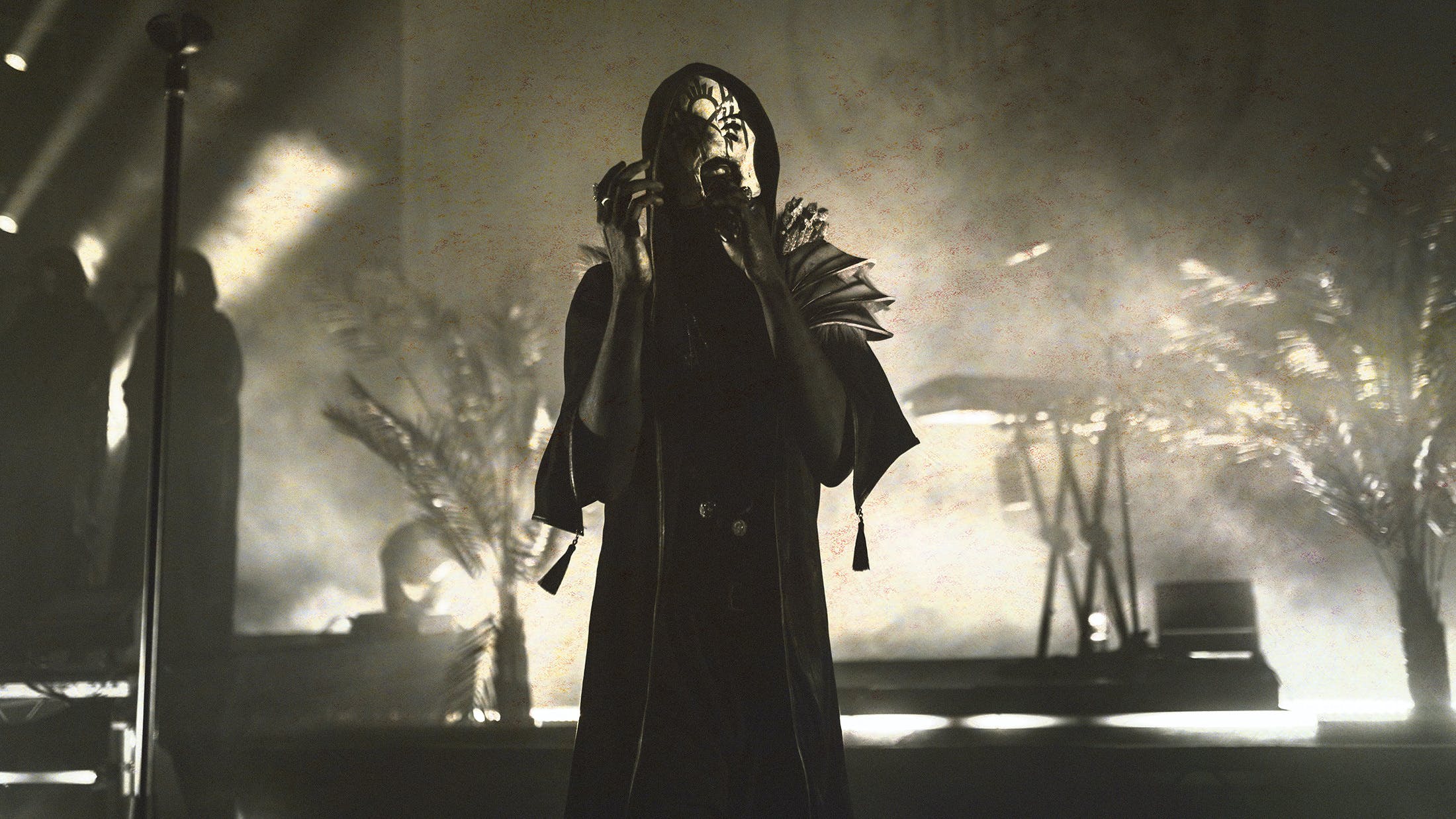 Shrouded in dry ice and backed by a stellar lightshow (and some rather fetching ferns), the hyper-emotive anonymous collective sent the capital into deafening raptures, with a setlist that touched on every era so far, including all four new singles.

Judging by the reaction to the new music both online and in person, it's safe to say that Sleep Token's masked star is in its ascendancy, as the 5,000+ people in London belted out every single word along with the man known only as Vessel.

If you weren't lucky enough to catch this tour, or even if you were, here's a glimpse at the mesmeric action in London...

Encore:
The Night Does Not Belong to God
The Offering

READ THIS: Bad Omens: “Most stuff people in our space are doing is kind of boring… I want to challenge myself and struggle when I create”