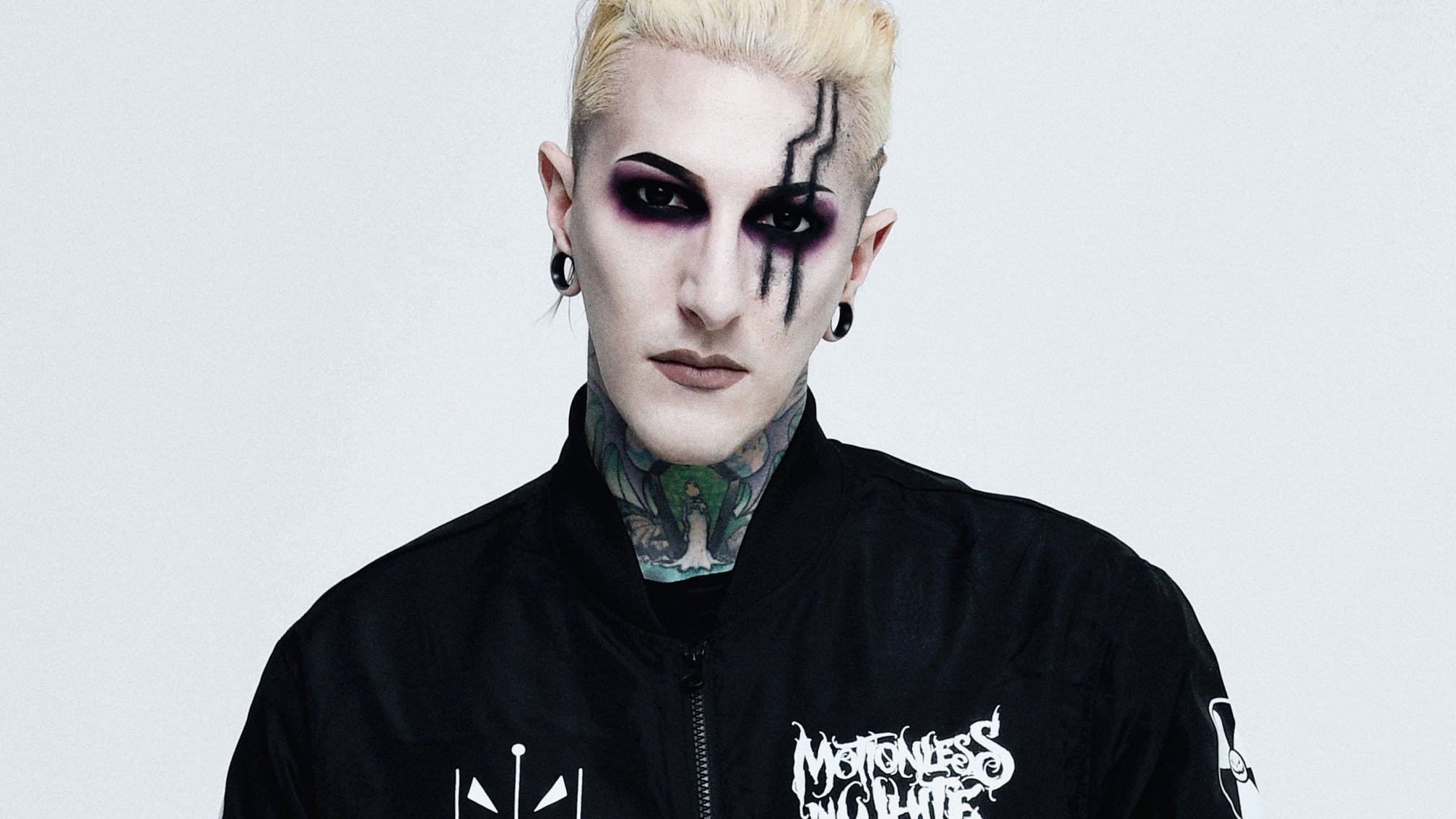 Motionless In White are marching back with their brand new album Scoring The End Of The World, and to celebrate its release frontman Chris Motionless stopped by to take on our 13 Questions. From wanting to be a history teacher to brawling with off-duty police officers, find out what the goth rocker gets up to in his spare time on the road…

Why should people listen to your new album Scoring The End Of The World?

“I would say maybe to re-explore their own experience through the pandemic. It's very much a snapshot in time of the past two and a half years; I feel like maybe now is the time for people to reflect on what has happened, where things are now, your development, all the different things you might’ve experienced to see how you feel about it now. It could be a cool moment where you realise you’ve come out of it better or you realise you’re in a place that you’re not happy with, and you know you can still work on changing some things.”

When you were a kid, what did you want to be when you grow up?

“In high school I think I had this idea that I would’ve liked to have been a history teacher or something. I also wanted to get into psychology and the way that people’s minds work – how people think.”

Where’s the best place you’ve ever been?

“I’ll say that my favourite place ever – of all time – is Orlando, Florida for the Halloween Horror Nights. When Universal Studios put on their Halloween Horror Nights, that is like the ultimate, absolute point of happiness for me and I love being there! I book a trip every year so I can to go there and hang out.”

What would you like it to say on your gravestone?

“I’ll go serious – one of the lines in from one of our songs, and something I try to live by, which is: ‘Mean it and you will make it.’”

What is the funniest rumour you’ve heard about yourself?

“Fuck! I don’t know if they’re funny but they’re absolutely bewildering (laughs). I think probably that I have a child. There’s a fan-fiction out there that somehow infiltrated Wikipedia and stuff like that, and people think I have a daughter. That’s probably the funniest because I am in no way ever, ever interested in having a child; I actually took measures to make sure that will never happen, and I just laugh every time I see people bring it up.”

What is your biggest fear?

“Probably having a child (laughs) but thankfully that’s not going to happen. My biggest fear would be something happening that would stop me doing what I love – if something happened whether it was some sort of injury, or a health situation that came into play that prevented me from being able to perform or do music.”

What is your worst habit?

“This is probably my eating habits. I go through very extreme phases – I would not say that I have any form of eating disorder, but I have very destructive eating habits where I don’t eat anything or I eat way too much shit food and that really hurts my body.”

What is the most disgusting thing you’ve ever eaten?

“I feel like I just eat anything, as I’m not a picky eater. But I'm going to go with oysters, that stuff is absolutely nasty. They are very slurpy and not very nice to put in your mouth.”

What is the worst injury you’ve suffered?

“Interestingly enough I have never broken a bone in my whole life! I may have broken a finger but I don’t think that was ever confirmed. I’ve not suffered an acute injury but I’ve got an ongoing chronic problem with my neck; it started in 2014 when I started to experience what the weight of headbanging, being tall and sleeping in small bunks on tour was doing. The damage to my neck and back from doing what we do started to really show itself. It’s now something I put so much time into managing to not make it worse, and that sucks.”

What is the worst job you’ve ever had?

“I used to work in a toy department [at a big chain store]. I didn’t just work in toys but I only got paid for working in toys. I would have to do the register, I would have to collect the carts outside and they treated you like shit. They would just get free labour and they would only pay you for what you did in your department and it was just awful.”

Have you ever been in a fight?

“Yes, I have. I’ve been in a few fights. The first fight I ever got into was getting ganged up by five different kids waiting for the school bus, and then the leader of those five kids I fought one-on-one and I beat him up a couple of months later. We’ve got into several fights as a band at, like, gas stations. But we got into a fight one time with the security guards at one of our own shows. After the show was over, we were trying to have our dinner with the band we were on tour with, and the security guards were off-duty police officers and they were talking so much shit, and trying to start a fight with us, and it ended up just snapping and turned into a full-on brawl. It was pretty insane.”

If your house was on fire, what’s the one thing you would save?

“I would say it’s a toss between my computer, which essentially has my whole life on it, or something personal. There are mementos that I’m super-attached to that I feel like if they were lost I would be so devastated.”

If you had the power to turn the internet off, would you do it?

Scoring The End Of The World is out now via Roadrunner