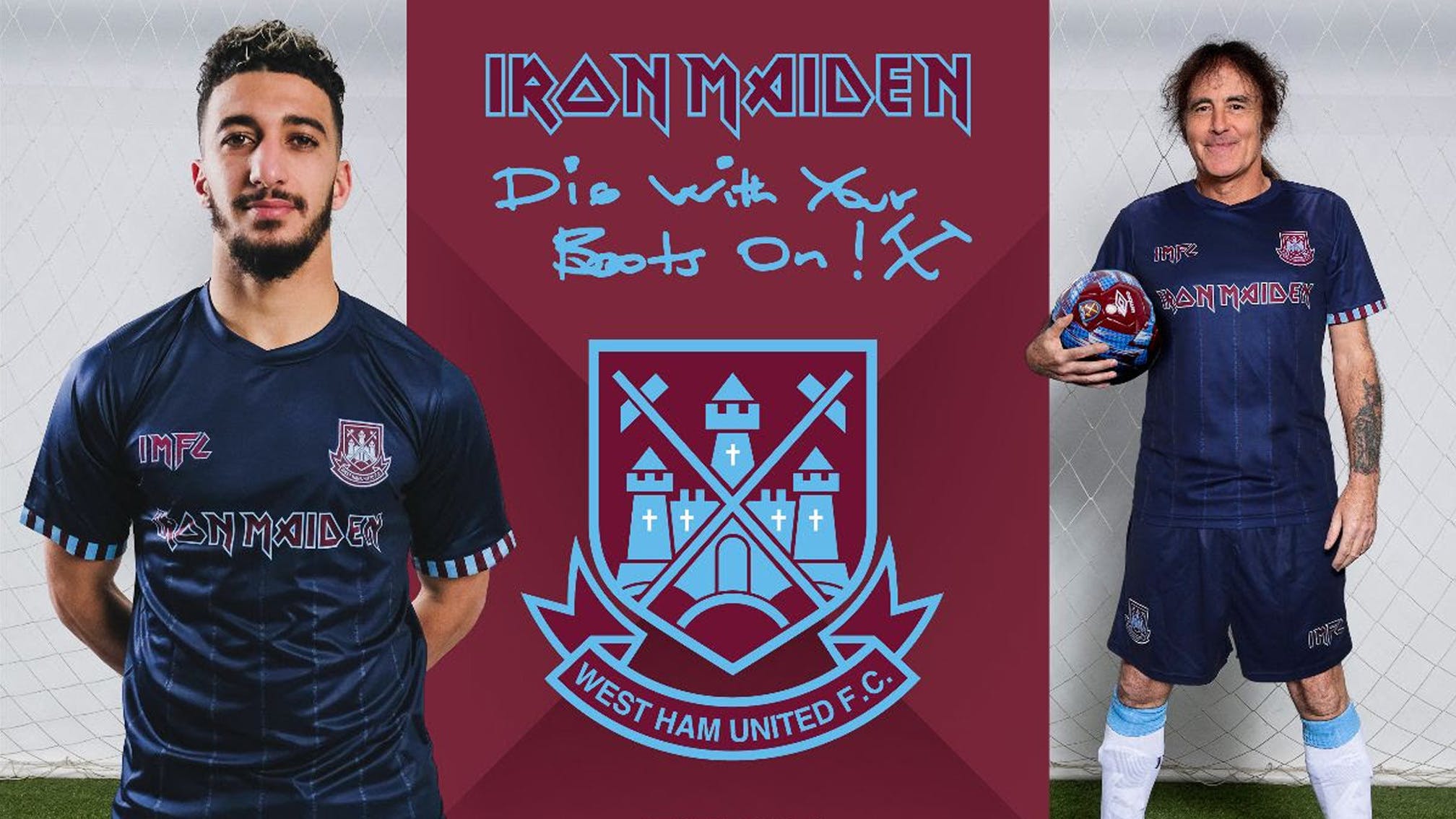 Iron Maiden have once again teamed up with Steve Harris' beloved West Ham – this time for a new away shirt and training range.

The official collaboration follows their first launch in 2019, with this new line extending to a West Ham / Maiden away shirt (worn by Steve and midfielder Saïd Benrahma above), plus other items of training gear. Several pieces also feature Steve's bass as part of the football club's logo.

"It was incredible to see the number of Iron Maiden and West Ham fans that picked up the initial home shirt," the heavy metal legend enthuses. "With West Ham doing so well in the Premier League right now, it feels like a nice time to put out this ‘away’ shirt. I’m so happy to carry the Maiden/West Ham partnership further… who knows, it might bring us luck for a Champions league place, you never know! COYI!”

Tracey Stratton, Licensing Manager at West Ham, adds: "We’ve had a phenomenal response to our first shirt collaboration with Iron Maiden, selling out repeat orders several times. The fans’ reactions were amazing with huge engagement on social media. We are now excited to release the ‘away’ shirt as a first run exclusive online at officialwesthamstore.com, with further styles to follow as we continue this highly successful partnership. Come on you Irons!!”

Read this: "I couldn’t have started a punk band, that would have been against my religion": The story behind Iron Maiden’s debut album